[HanCinema's Film Review] "A Job Who is near Us" 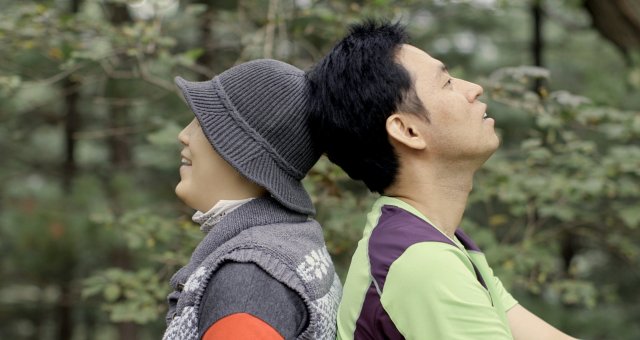 The popular cancer narrative in most fiction is dynamic. It features characters who react decisively, be that positive or negative, in the face of a cancer diagnosis. "A Job Who Is near Us" takes a different approach. As a documentary, the film doesn't have much flexibility in regards to the available tropes. And as a religious film, there's a surprisingly deep spiritual element at play. If all life is according to God's plan, what does a married couple make of successive cancer diagnoses?

The fundamentally cruel undertones of the documentary's premise are underscored by the generally mundane reactions we get from the leading couple. Director Lee Ho-kyung does not often catch the two in emotional moments, even though several scenes take place in the context of private conversations or vacations. We are seeing these people desperately cling to life, yet not being especially stubborn about it because they have resigned themselves to the fact that if this is their time to die there's nothing they can do about it.

Like the good book says- the living know that they will die. There's no point in getting angry or engaging in self-pity- and that's the fairly peculiar means by which the lead couple supports one another in these years of crisis and chemotherapy. They comfort themselves with Biblical teachings, taking particular notice of the story of Job, a man who lost far more than they can or will. They see the cancer as a test of faith, and are grateful for what they have as long as they have it.

The closest thing we get to regret is a really cute moment when the husband mentions wishing he could go back to when he first got married. He wishes he could have been nicer to her then, knowing what he knows now. Other harrowing moments include clips from a testimonial the husband gives to a congregation about his own fears and sadness regarding death. Then there's that scene near the end where morphine is rejected, since the delirium it causes would mean the last hours can't be spent comprehending the true form of God.

None of this is the least bit inspiring nor is it supposed to be. "A Job Who Is near Us" is not about providing false platitudes and false hope regarding human mortality. This is a brutally honest film about human limitations and humility. The message here is that feeling upset about an apparently unfair twist of fate is fine. But getting angry about it and cursing won't help. Doing that is just an added form of self-harm that takes you further away from God's grace.

There's something horribly dignified about that kind of philosophy- and I am indeed using the word 'horribly' with all its typically negative connotations. "A Job Who Is near Us" is a very frightening movie about the limits inherent in mortal love. This is a movie about anticipating the end, yet choosing not to dwell on the future and live in the present instead. After all, in any given moment, that's all we really have is the present.

"[HanCinema's Film Review] "A Job Who is near Us""
by HanCinema is licensed under a Creative Commons Attribution-Share Alike 3.0 Unported License.