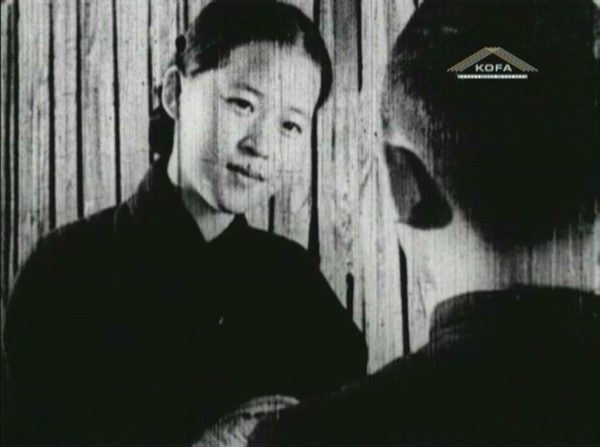 The second film I am watching featuring a byeonsa (silent-film narrator) is much more accomplished than "The Night Before Independence Day", both because it is a genuine silent film,  and because Sin Chul, the narrator is truly impressive.

The story begins with the titular prosecutor as a child, named Min Jang-son, an orphan who has to support both himself and his sick grandmother by doing a number of odd jobs, selling books, newspapers and bread. He is a good student, but his lack of any significant income takes a toll on him, since, occasionally, he does not manage to eat properly, even losing his senses during school due to his weakness. Eventually, though, his kind teacher, Choi Yang-chun takes an interest on the poor little boy and when she follows him one day and learns of his real circumstances, she decides to help him any way she can. In one instance, she even pays his landlord (who is portrayed as a despicable villain once more in Korean cinema) to avoid having the boy and his grandmother evicted. Jang-son's situation gradually improves, but, alas, at some point, the teacher is assigned to a school in another area.

The film then makes a time leap to a later time when Jang-son has already become a prosecutor. Yang-chun is living with her husband, but in a series of unfortunate events that involve a fugitive who escaped to see his daughter, Yang-chun's kind heart gets her into trouble with the police, and a terrible accident that ends up with her husband murdered has her having to face the court for murder. Expectedly, the prosecutor happens to be Jang-son. 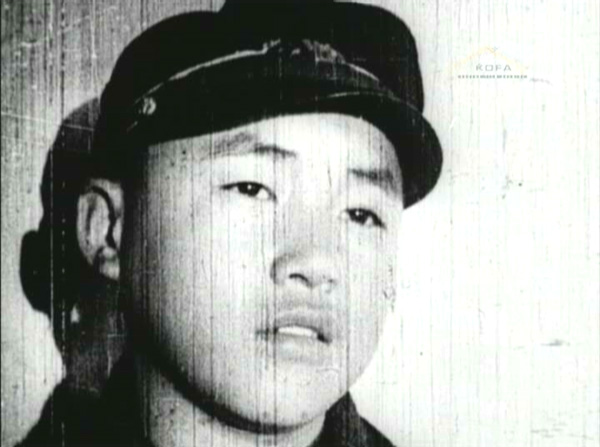 Evidently, and on a logical level, the story (which is based on a novel by Kim Choon-gwang) appears completely absurd, with Yun Dae-ryong presenting a number of unlikely occurrences whose sole purpose is extreme sentimentalism, and subsequently, melodrama. In that fashion, the events that befall Jang-son in the first part and Yang-chun in the second just keep getting worse, in a comment that seems to state how unfair the world is, and that no good deed goes unpunished. And although the ending provides an element of catharsis, the occurrences that lead there are too farfetched for it to have the impact of a Greek Tragedy for example, with the way Yang-chun's husband dies being the most hyperbolic.

On the other hand, the few moments of "action", specifically the sequences revolving around the fugitive are quite intriguing, as we watch him hiding in the fields, climbing the roof of Yang-chun's house or avoiding the police with her help, with the part even emitting a sense of agony about what is going to happen, while also presenting some noir elements. 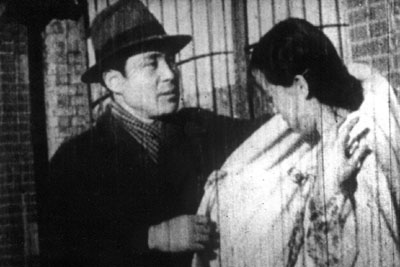 Sin Chul's presence highlight the fact that the byeonsa were most frequently the true starts of the movies they participated in. The narrator gives a truly imposing performance, with his rather intense voice surrounding the narrative in the best fashion, enhancing both the story and the aesthetics Yun wanted to implement. His voice has a distinct dramatic timbre that becomes even more intense in the melodramatic scenes, resulting in an effort that is truly a pleasure to listen to, even despite the fact that this is the only thing one hears for the 1 hour the film lasts.

Technically, once more, the issues with the quality of the film material do not give much chance to comment properly. However, I can easily say that Park Hui-yeong's cinematography is quite good, particularly in the aforementioned action scenes, while the shots of the trial are quite realistic.

As I mentioned in the beginning, this is just the second silent film with a byeonsa that I am watching, but I have to say that "A Public Prosecutor and a Teacher" really intrigued me about watching a movie in that style, and overall, I can say that it is an interesting effort, despite the obvious faults in the narrative.

"[Hancinema's Film Review] "A Public Prosecutor and a Teacher" + Full Movie"
by HanCinema is licensed under a Creative Commons Attribution-Share Alike 3.0 Unported License.