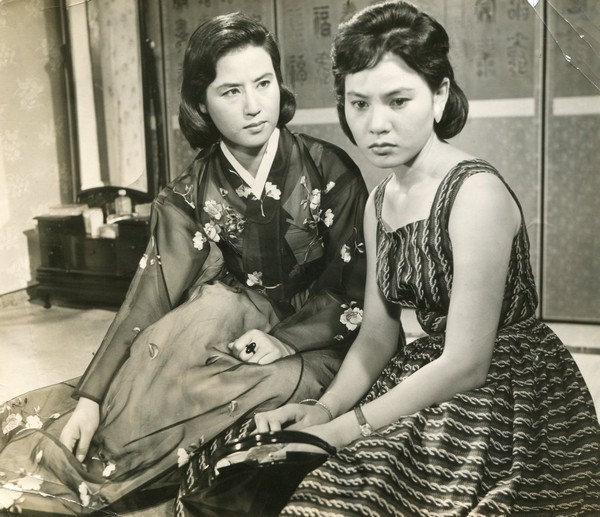 Following Shin Shang-ok's career through the 50s and 60s is both a pleasure and a nuisance. Pleasure because the progress in production values and cinematic language is evident with every film, and nuisance because with the exception of "The Flower in Hell", his movies followed the same melodramatic path, with similar stories about families destroyed by financial issues and not being able to follow the rapid pace of the country's economic progress. This concept is heightened even further by the fact that the same actors seem to appear in all his movies, with Choi Eun-hee and Kim Seung-ho-I in particularly being all over the place. These "rules" also apply to "A Sister's Garden".

The story revolves around the Nam family, an upper-middle class one, who enjoys the benefits of the patriarch, Dr. Nam's successful medical practice, with the two daughters, Jeong-hee and Myeong-hee living in luxury, boasting a western lifestyle and enjoying the company of the wealthy, such as Chairman Pang, who opens the movie as he gets off a Korean Air plane. Chairman Pang was once saved by Dr. Nam, when he had a serious medical condition, and is the first one he wants to visit as soon as he lands in the country. However, he soon finds out that his savior has closed down his practice due to debt and has taken up a job in the hospital, owes money to a loan shark and has even mortgaged his house to him, while in distinct melodramatic fashion, he soon falls seriously ill from the angst. With his last breath, however, he asks his assistant Soon-cheol, whom he has treated like his son, to take care of his younger daughter, Myeong-hee, since he has already arranged for Jeong-hee to marry Dong-soo, an upcoming artist.

The story here takes a distinct soap opera turn, since Soon-cheol is in love with Jeong-hee but is reluctant to confess his feelings due to the sense of obligation to his mentor, although he volunteers to pay the loan shark in order for the sisters, and their baby brother (who is played by non-other than Ahn Sung-ki) to keep their house. Furthermore, since the sisters still need a steady income to sustain themselves, Jeong-hee turns to Chairman Pang for help, who suggests though, for her to work as a madam to an inn he owns, essentially being a hostess to the male clients, a concept that is quite shameful to a woman of her (previous) class. Jeong-hee reluctantly agrees, while at the same time, her sister, who seems to walk on thin air, gets engaged with Dong-soo, who proceeds on loaning money for her to open the boutique she always wanted, believing his artwork will eventually pay for everything. Expectedly, this is not what happens. 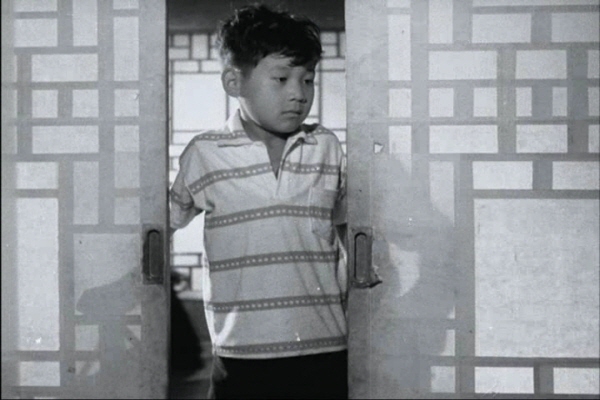 Shin Sang-ok presents a narrative that is filled with misery from the beginning, with the succession of events turning most of the protagonists, but mainly Jeong-hee, who is left in charge of taking care of herself and the siblingsinto tragic figures. Her feelings for Soon-cheol cannot be indulged, particularly because he is too timid to act upon his own, her sister does not seem to understand their situation at all, while her potential benefactor is revealed as something completely different, particularly since, eventually he asks her to marry him, essentially exploiting her complete lack of means. Soon-cheol is the second most tragic, since he is bound by his sense of obligation towards his mentor, and a rather harmful sense of dedication to him, while he soon realizes that the money he earns are not enough for his wishes. Even the little boy is presented as a tragic figure, particularly when he stumbles upon Myeong-hee about to have sex with Dong-soo, and is severely shocked by the spectacle.

The film follows the same, somewhat episodic, but consistently melodramatic form, only to shatter this approach with a kind of a happy ending, which seems, though, completely out of place, particularly due to the change of attitude by both Chairman Pang and Soon-cheol. 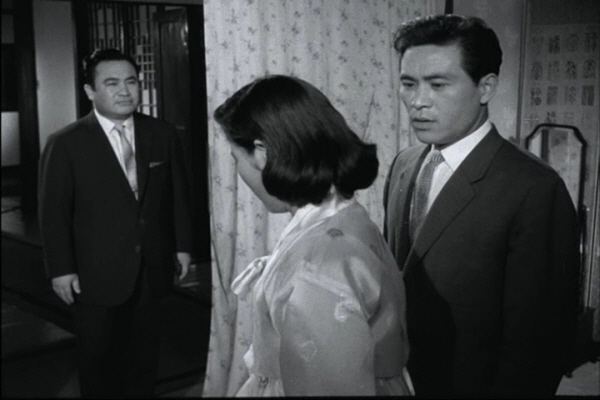 On the other hand, every other aspect of the film is top-notch. Choi Eun-hee as Jeong-hee is at the top of her form, while she also looks at her best, both in the western clothes and the traditional Korean ones, with the change in attire symbolizing the direness of her situation, in probably the most interestingly presented comment in the film. The way she transforms from a privileged young woman to a sad one that has all her family's burden on herself is excellent, as much as Choi Ji-hee-I as Myeong-hee highlights her lack of change due to her small mind, which again, is mirrored in the fact she never changes her style of clothing. Kim Seok-hun as Soon-cheol also depicts his inner struggle quite convincingly, while Kim Seung-ho-I as Chairman Pang gives a majestic performance as the benevolent aristocrat, with his monologue towards Jeong-hee being the highlight of his performance.

Choi Kyeong-ok and Jung Hae-jun's cinematography is also quite accomplished, focusing on the realistic depiction of all the different settings the story unfolds in, in a trait that also benefits the most by Shin Tae-il's great art direction and the work done in the costumes. Shin Sang-ok's editing induces the film with a fast pace, in order for all the episodes to get adequate time on screen.

Apart from the ending, "A Sister's Garden" does nothing wrong, with the acting, the production values and the direction being quite accomplished. At the same time, it does nothing different, essentially resulting in just another link the chain of crowd-pleasing productions Shin Shang-ok came up with during the 50's and 60s.