I have to admit that comedies are not exactly my favorite genre. However, occasionally I do indulge in the category, and "A Tale of Legendary Libido", with its description of a sexually charged, filled with gags one seemed like a nice enough choice. Let us see if it lived up to its "hype", though.

Byeon Kang-soi is a man of extreme power, who is, though, the ridicule of his fellow villagers, due to his extremely small private part, with the women in the area actually making a sport of mocking him. An old woman and the bar proprietress, are the ones that indulge particularly in ridiculing him, although the rest of them do no shy away the least. On the other hand, his brother, Kang-mok is considered a genuine alpha male, and has also adopted the role of the " bodyguard " of his little brother. Eventually, three events occur that change the fate of everyone in the village. Dal-gaeng, a strange woman of extreme beauty appears suddenly in the village and takes a liking to both brothers; Kang-soi saves a monk who is trapped in the woods, and in the process gains the secret to the extreme enlargement of his member, not to mention a non-stop libido; war is declared and all men of the village are forced to enlist, leaving Kang-soi the sole man in the area. Expectantly, the atmosphere changes radically for the young man, who is now transformed into a true stud. However, his happiness does not last for long. 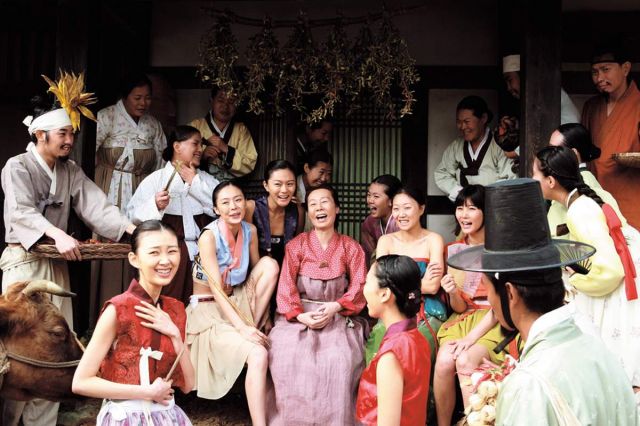 Sin Han-sol directs a rather uneven movie, which starts as a crude sex comedy, only to transform into another melodrama in the last part, in a change that faults the film significantly. The comedic aspect is quite good, with the musical sequences, the nudity and the sex working quite well, and the change of the attitude of the women providing a number of hilarious moments. The various gags also work quite well, with the pissing "contest" being one of the best, in its extreme fashion.

However, and although the moviem would have been a really entertaining comedy of about 90 minutes, the director felt the need to extend its duration to 120 minutes in order to include some misplaced melodrama in the narrative, almost ruining the film in the process. Some scenes and particularly the one with the singing during the finale work quite well, but the sense that this part is out of context still remains.

Lee Hyung-duk's cinematography is quite good, with the presentation of the rural, occasionally bucolic setting being quite good, and featuring a number of scenes with impressive framing, that prevent the film from becoming too crude. Moon In-dae's editing is equally good, with him inducing the movie with a fast pace that suits its aesthetics quite nicely. 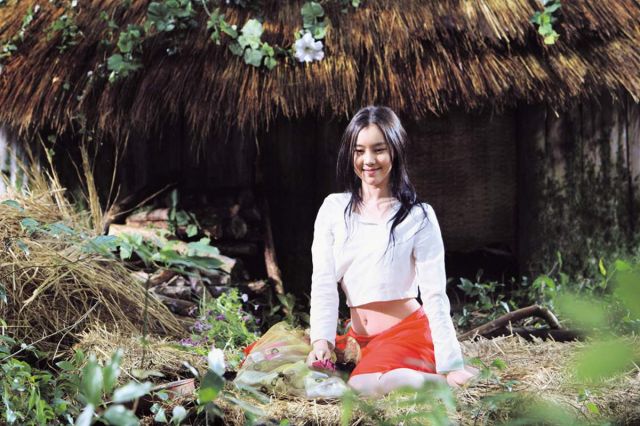 Bong Tae-gyu as Byeon Kang-soi plays the part of the "loser who becomes number one" perfectly, particularly regarding the former capacity. Youn Yuh-jung as the old lady and Jeon Soo-kyung as the bar owner provide the most accomplished female parts, with the former being hilarious in a number of scenes. Kim Ye-won on the other hand, is the main source of sensualism in the film, with Sin Han-sol drawing as much as possible from her, evidently, gorgeous physique.

"A Tale of Legendary Libido" functions quite well as a comedy, and would have been a truly entertaining film if not for the last half-hour of the movie. Definitely deserves a watch though, at least for the 3/4 of its duration.