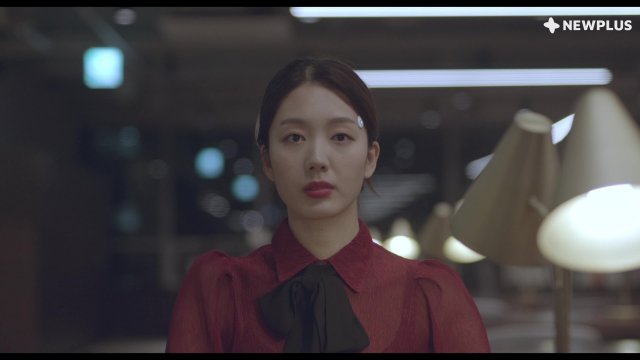 In-mi (played by Sung Hye-min) is portrayed straightaway as being a bit of a sexpot. Much of the opening just shows her dancing for our amusement on a fabulous yacht. Well, technically, she's dancing for her rich husband Tae-yeong (played by Jang Tae-young) who can't even bring himself to pretend to care. The frustrated In-mi can then be seen wearing a garish bikini under a black trenchcoat in high heels, power-walking her way to a fairly logical request at the mental plastic surgery clinic. She needs more elegance.

The first episode of "AI, Her" is superb visual storytelling. Save for the sequence where In-mi explains what she wants to the relevant company representative there's little to no dialog. Who In-mi is as a character is seen entirely via the swagger in her step. Post surgery we see a noticeable change just in the way In-mi walks and carries herself. It's not even necessarily an improvement. In a weirdly persuasive riff that compares nicely to the physical plastic surgery of the present day, a lot of the benefits In-mi enjoys in her testimonial aren't exactly intuitive.

"AI, Her" presents a very plausible financial transaction among the wealthy in a future world that looks slicker yet lonelier than our own. There's no risk of the world ending in general, or even In-mi's. There's just a profound sense of alienation that is, in the short term, convincingly solved, at least for In-mi. The long-term? Who knows- the next episode will be about a completely different kind of client after all.