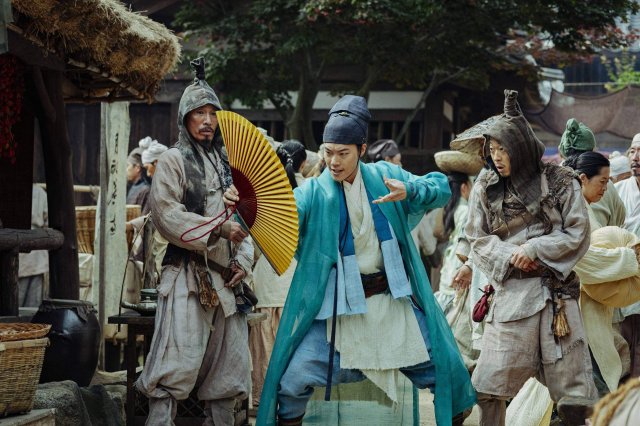 Choi Dong-hoon has made a name for himself by shooting some of the biggest blockbusters in Korean movie history, with titles like "The Thieves" and "The Assassination". As such, his latest effort, "Alienoid" was one of the most anticipated movies of the year, with him delivering another grand production in the style though, of one of his earliest works, "JEON WOO CHI : The Taoist Wizard".

Rogue aliens have been trapped as prisoners inside human brains for years and when they try to break free, a lone keeper of intergalactic peace known as "the Guard" opens a rift in time to prevent them from escaping, with the help of his transforming assistant, Thunder. As the movie begins, the two are trying to catch an alien escapee in the 14th century, in a series of events that end up with them taking back a baby of one of the victims of the alien to the 21st century, despite their pledge never to intervene in human affairs. About 10 years later, a group of convicts from another planet are sent to Earth, and Guard imprisons them in human brains. The criminal leader, known as "Architect" and his supporters break their human prison, while Guard and Thunder try to put the prisoners back into the mortal bodies. 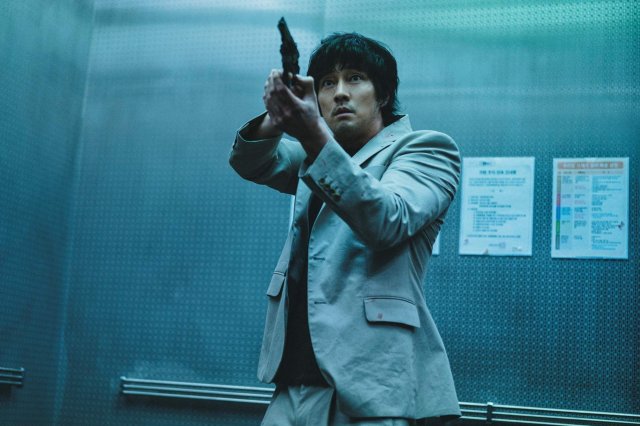 Meanwhile, back in the 14th century, Moo-reuk, a crafty but also naive practitioner of magic and martial arts, stumbles upon a fan that seems to contain a magical sword, not to mention two transforming creatures that soon become his assistants. As the masked leader of a cult is in the search for the same sword, and a number of aliens are also operating in the shadows, Moo-reuk and his comrades find themselves in over their head, with the presence of Ian, a girl who actually carries a gun, complicating things even more. Eventually, a portal that links the two timelines opens.

Truth be told, if the movie "Everything, Everywhere, All at Once" had not already picked the title, it would have been a perfect fit for "Alienoid", since Choi Dong-hoon tries to incorporate every genre trope in the book, while winking to the specific style of action movies of a number of countries. In that fashion, the body snatching element shares many similarities with the Japanese "Parasyte", the battle of the androids with "Terminator", and the wire-fu+magic with HK and Chinese action blockbusters of the past, in the style of "Zu Warriors" and "Monster Hunt". Add to that, time travel, aliens in the 14th century, an adorable little girl, an unlikely protector, a series of funny assistants, magicians, guns, tentacles, a bit of romance and a policeman who becomes the arch villain and you have the gist of the muddle that is "Alienoid".

Truth be told, the movie is impressive, at least on its individual elements. The action scenes are outstanding on occasion, actually benefiting from the mashup that makes each one quite different from the others, with the ones between the androids and the final one being the apogee of this trait. Humor is well-embedded within the narrative, also in the action scenes. Furthemore, the villains are truly despicable, with So Ji-sub stealing the show as the arch villain, while the ensemble cast (Ryu Jun-yeol, Kim Woo-bin and Kim Tae-ri) showcase their charisma and obvious chemistry in the best fashion. 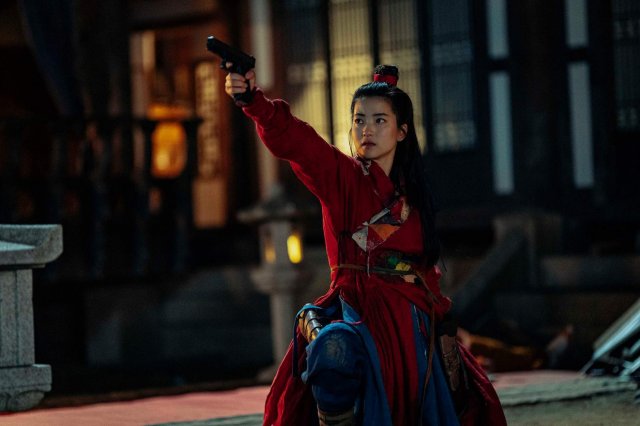 Kim Tae-kyung-II's cinematography is top-notch, capturing the different settings in equally impressive fashion, while the combination of music, sound, art direction and costumes results in an audiovisual extravaganza. Sin Min-kyeong's editing results in a very fitting, quite fast pace, but the fact remains that too much is happening constantly on the screen, the amount of characters is extravagant, and at almost two and half hours, the film overextends its welcome and becomes tiresome after a point.

In that fashion, "Alienoid" is a movie that definitely deserves a watch for its individual elements, particularly on the big screen, but does not make much sense as a whole.