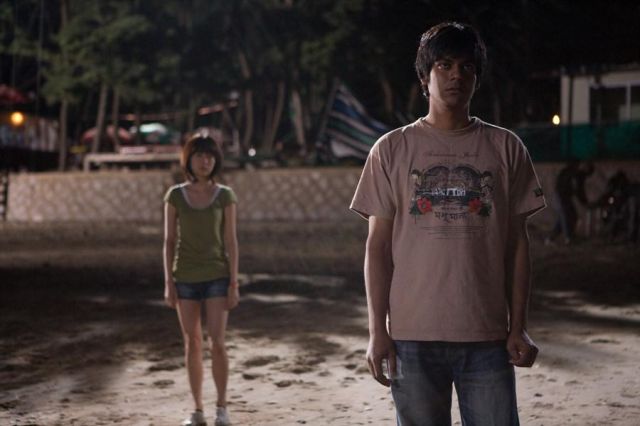 It is always a pleasure to discover barely known cinematic gems, and the fact that you never know where you will find one is what makes searching for older films so interesting. "Bandhobi", (a Bangladeshi word that means female friend) is a film that definitely deserves the search.

Karim is a 27-years-old Bangladeshi Muslim working in an industrial laundry in Korea. His work permit is about to expire but his previous employer, Shin, owes him a year's salaries and does not return his calls. Karim tries to do everything according to the book, with his knowledge of the Korean language being excellent and all of his actions being driven by basic human decency. However, he does not seem to get a break and when he loses his wallet in a bus and finds out that a school girl kept it for herself, almost erupts, trying to take her to the police station by force. The girl in question is 17-year-old high-schooler Min-seo, a social loner with family issues who is also a rather tough cookie, as she soon shows Karim what happens when you try to make schoolgirls do something they don't want. Soon, however, and after a sequence of unfortunate events for both, they strike a rather unusual friendship, and begin helping each other. Eventually, their friendship turns into something more, but both their personal and their cultural issues prove quite big obstacles.

Sin Dong-il directs a delightful movie that works on a number of levels and makes a number of very interesting comments. The hardships immigrants face in Korea is one of the main ones, with Karim's life repeatedly highlighting the hopelessness even law-abiding ones face financially, but also culturally and socially, in a country whose homogeneity makes it quite difficult for a foreigner to succeed or even survive there. The fact that he is a Muslim makes things even worse, with his denial to consume pork or alcohol making it even more difficult for him to fit in. 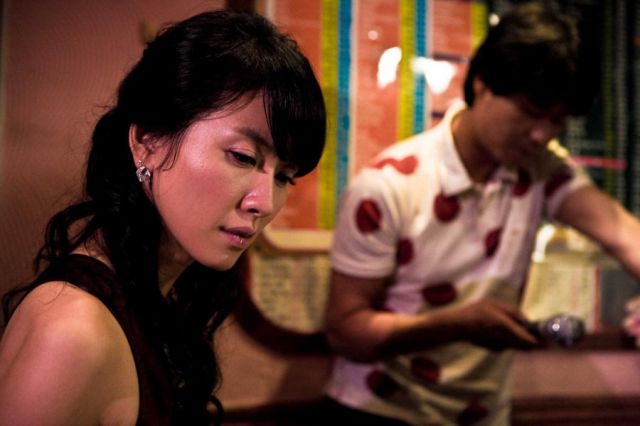 The issue with bad parenting or even the complete lack of it is another issue stressed through Min-seo's story, whose mother really loves her but is unable to understand neither her nor her feelings. Particularly when she strikes a rather immature relationship with an unemployed man whose presence in the house and his repeated insistence that he will be Min-seo's father she provides the drop that spilled the glass in the mother daughter relationship. Min-seo's actions after this function both as a cry of attention and driven from despair, with her work in the massage parlor being the apogee of this behavior.

These issues are the ones that actually justify the unlikely relationship between Karim and Min-seo, as it becomes obvious that both of them are in desperate need for some companionship and someone who understands them. Furthermore, the matching of a man who is a lost and a girl who is trying to find a place to fit and a purpose in life also works quite well, in essence making their story quite realistic. On the other hand, Sin Dong-il does not refrain from showing what kind of problems such a relationship could create, in an element that adds to the overall realism of the narrative.

One of the great things in Sin Dong-il's direction, however, is that although the issues he presents are quite serious and the story could easily be presented as a melodrama (which is what most Korean directors would do), the overall aesthetics of the narrative follow a path that occasionally borders on hilarity. Min-seo's "step father" is the main source of this approach, with Park Hyuk-kwon giving a great performance in the role, but the style actually extends to the whole of the narrative, through a number of episodes, like the one with the girl's meeting with her homeroom teacher. The second big trait is that Sin has managed to present his comments in a rather subtle fashion, with small scenes and details here and there which are as meaningful as the main story, and actually demand from the viewer to pay close attention to each scene. Change that are thrown on the counter instead of the hand and a number of shirts on the floor are just two of these kind of scenes, that add much depth and realism to the film while keeping the viewer constantly thinking. The highlight however, is the finale, which presents an eloquent comment about the fact that life experiences always leave something behind.

Mahbub Lee as Karim and Baek Jin-hee as Eun-joo embody all the aforementioned aesthetics in the best way, giving performances that are both natural and nuanced, while highlighting their unlikely chemistry in the best fashion.

Sin Dong-il has managed to shoot a film that could easily make you cry in a way that actually makes you laugh, without, though, stripping its comments of any kind of importance and its narrative of any kind of depth. As mentioned in the prologue, a true gem.