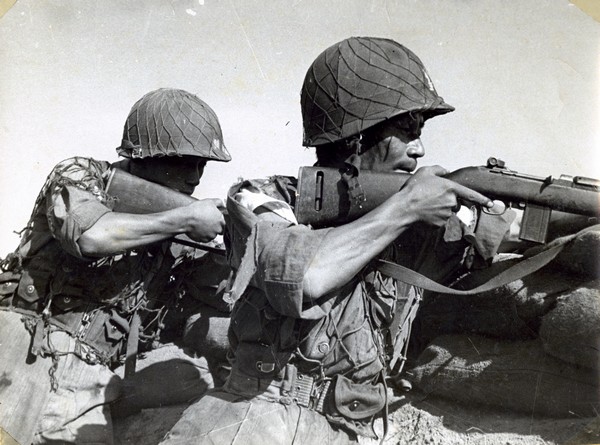 War films, particularly in the way the western audience has gotten used to them due to Hollywood productions for the most part, tend to focus on entertainment instead of reality, with few exceptions. "Beat Back" however, is not one of those films, particularly since it becomes obvious that the cast, three years after the Korean War, probably had experiences from actual war. The story is based on the true story of Captain Kim Man-sol's participation in the said events.

The movie begins with a war council of The Republic of Korea Army (ROK) where the operation staff officer suggests downsizing the existing force from company to platoon, since the extensive bombing of the Chinese Army to the area aims to deplete their power and wear them down. The suggestion is approved, leaving two military units behind, headed by Majors Kim Man-sol and Kim Moo-cheol, to defend Betty Hill. The men comprising the small force do their best, but many die, as the opposite force is much stronger. Meanwhile Lee Kang-no (Yoon Il-bong), a communications officer, reads a letter from his wife - missing her and his daughter. Encouraged by it, Lee risks his life to make successful communication between his military unit and the headquarters, asking for bombings of the area. 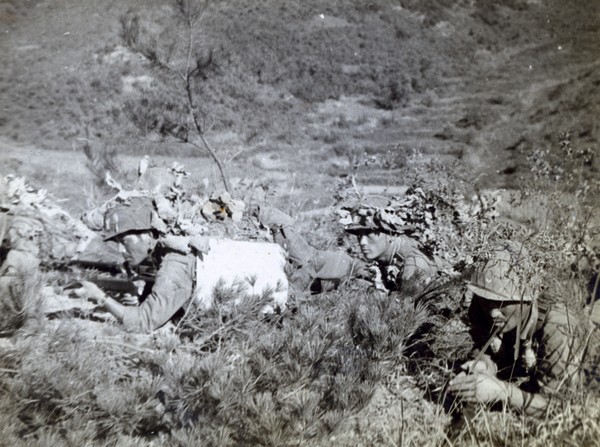 Based on the Battle of the Noris, the film records the struggle of the remaining soldiers with as much realism as possible, with the war scenes actually taking up the overwhelming majority of the narrative. The bombings, the one-on-one fights, the tanks, and most of all the fights and the life in the trenches are all presented with remarkable realism, not to mention with an audiovisual prowess that makes it very difficult to believe that this is a 1956 film. In that fashion, Gang Yeong-hwa's cinematography is exceptional in the presentation of both the area and the actions of the two armies, with the same applying to Lee Kang-cheon's editing which induces the film with a rather fast pace, and Sim Jae-hun's work in the sound, that finds its apogee in the multiple explosions.

The action continues almost non-stop, with very brief breaks that focus on Lee Kang-no's life with his wife and child, which eventually takes a rather melodramatic turn, and the interactions of the soldiers in the trenches during the moments they do not have to fight. This last part adds a sense of humor in the movie, lightening the mood through the jokes and teasing between comrades, the majority of which revolves, expectedly, around women. This decision by Lee Kang-cheon works quite well for the narrative, adding to the entertainment it offers and allowing the viewer to take a break from all the killing and the melodrama. 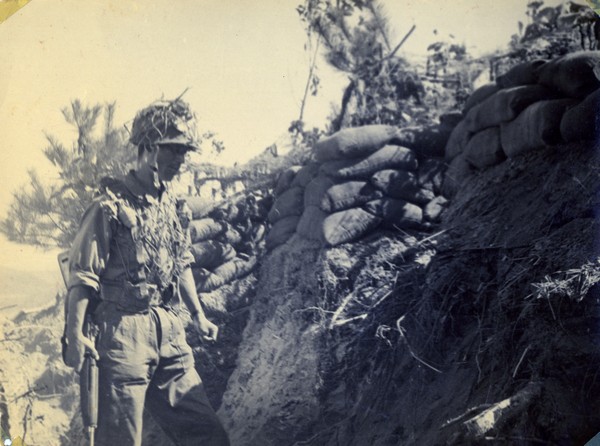 Of course, the almost propagandistic depiction of the heroics and the self-sacrifice of the Korean soldiers could not be missing, but even this aspect is lost somewhat in the midst of all the presentation of the brutality of war.

Hwang Nam as Major Kim Man-sol, Choi Bong as Kim Moo-cheol and Yoon Il-bong as Lee Kang-no do an excellent job in the acting, although the same applies to the whole cast, whose renditions are rather realistic, instigated by what I mentioned in the prologue.

"Beat Back" is an excellent war movie, which will satisfy all fans of the genre, with its technical prowess actually making very easy to watch even today.