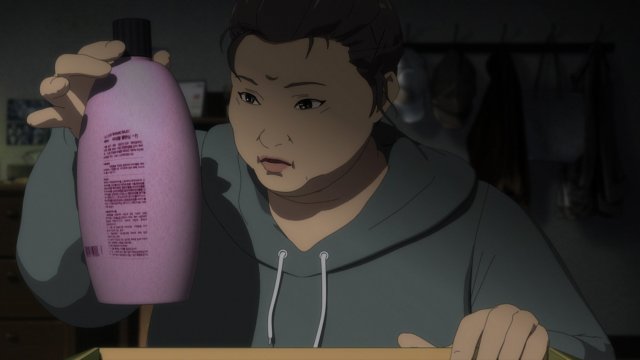 "Women now have to be beautiful, thin and with big breasts" is a phrase uttered in this animated film, and it is this dream that dominates a narrative that focuses on the concept of appearances, particularly in show business, and where the endless pursuit of exterior beauty can lead.

Based on a short story from the popular Korean webtoon anthology "Tales of the Unusual", the animation focuses on Ye-ji, an overweight, unsightly make-up artist, who works for Mi-ri, a star encompassing all the aforementioned traits, but also a rather despicable persona that treats everyone around her, and particularly her assistants, in the worst way possible. Ye-ji, due to her looks, is the most frequent receiver of her villainy, while the bullying for her comes from every way possible, and a video that is uploaded to the internet, makes things impossible. Thus, Ye-ji finds herself thinking that everyone considers her disgusting and even decides to lock herself in her room, despite the desperate efforts of her parents to convince her to go out.

Right when she is about to give up completely, Ye-ji stumbles upon an ad of "Beauty Water", a cosmetic that supposedly allows its users to truly change the way they look. Ye-ji orders it, and to her and her parents' surprise, soon finds herself completely changed, both regarding her face and her body. Soon, however, she finds out that there is a price to pay, while her interactions with show business as a good-looking gal this time, are anything but what she expected.

The concept of beauty and how has come to dominate the modern world and particularly the contemporary Korean society is a very serious issue, and "Beauty Water" presents one of the most realistic depictions of its consequences. Particularly the racism society reserves for people who do not follow the slim and beautiful "line" is 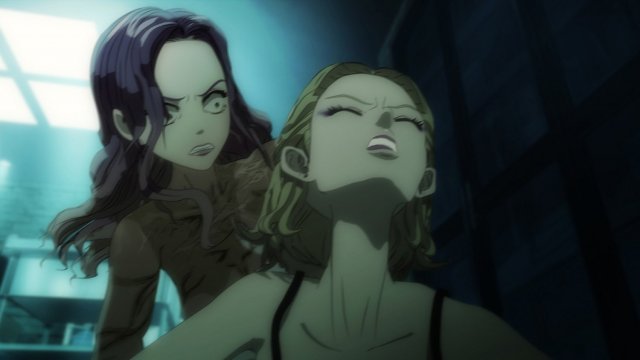 an issue very rarely depicted on-screen, despite its significant spread all over the world.

However, Cho Kyung-hun does not stop there and explores all the implications of the concept, starting with the way cosmetic companies explore this need, which is particularly intense in women, to look constantly young, thin and pretty, with the same applying to the majority of the cosmetic surgery one. Furthermore, in another central aspect of the narrative, Cho presents how this issue has become a concept that dominates show business, which is presented as a world filled with predators of all kind and a truly dog-eat-dog setting.

Even more impressive is that Cho manages to communicate all these serious comments not through a drama, but through a supernatural horror/thriller, that occasionally borders on the exploitation through the graphic violence depicted. The way Cho manages to combine the permeating agony of the thriller, with the drama and the deep sociophilosophical comments is truly a wonder to witness, in an accomplishment very rarely witnessed in animated movies. 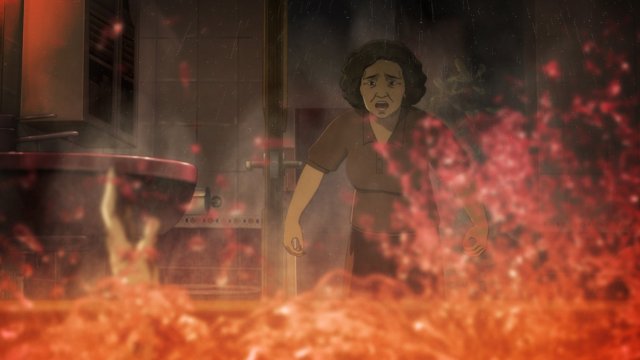 Granted, the CGI animation is mediocre, but the overall presentation and the context are so impressive, that the visuals simply do not affect them.

"Beauty Water" is one of the best Korean animations we have seen lately, probably on the same level with "King of Pigs", and definitely one of the best films of the year.