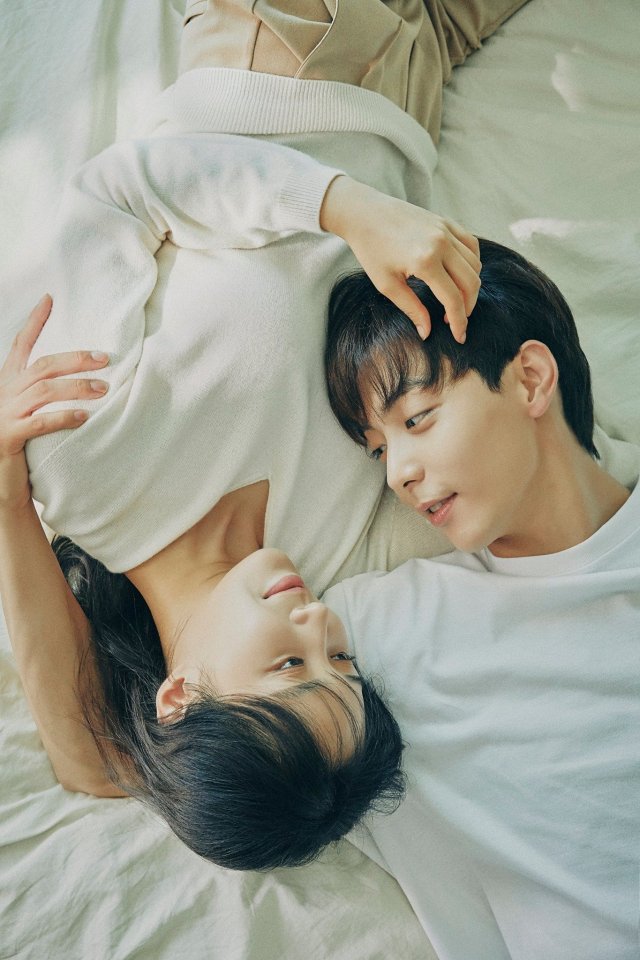 We are introduced to Ga-ram (played by Kwon Yuri) and Seon-jae (played by Hyun Woo) as the former is confronting the latter in a cafe over the perceived disrespect in their relationship. Their fight is uncomfortable. Ga-ram is too aggressive, and Seon-jae is too incompetent at explaining himself. Their problems seem irreconcilable. Then "Breakup Probation, A Week - Movie" leads us into a one-two punch where one after the other, we see that Ga-ram and Seon-jae indisputedly love each other.

That tension in a relationship is what "Breakup Probation, A Week - Movie" is ultimately about, rather than the weird, otherworldly framing device that appears to involve time travel and otherworldly messengers of the place beyond life. The scenes featuring Ex (played by Yoon Ji-on) are at first glance the weakest ones, since the convoluted backstory works best as a framing device, and not something we have to keep being reminded of. Although there are just barely enough twists to justify this presentation.

I blame any pacing issues on "Breakup Probation, A Week - Movie" actually being an edited version of an as-yet unreleased television drama. Although calling them issues might be a bit much. Despite the imposing two hour and thirty minute runtime "Breakup Probation, A Week - Movie" moves at a decent and surprisingly unpredictable clip. Despite being promised a full week of Ga-ram and Seon-jae coming to terms with their doomed relationship some days are longer than others, with petty relationship issues being dragged out to disproportionate importance.

I don't mean that as an insult. Just about anyone who's been in a serious relationship understands how problems that would seem petty to outsiders can easily overwhelm a couple's ability to communicate. In this case, Ga-ram believes that Seon-jae is ashamed of her. An encounter where Ga-ram is able to listen in on Seon-jae's co-workers seems to offer an explanation as to why, yet even seeing the situation from Seon-jae's point of view doesn't make his position all that convincing.

Seon-jae is very frustrating because while the guy means well, he has a very distorted idea of what can be left unsaid. This aspect of his personality is shockingly consistent throughout. At one point we dive deep into an extended flashback that seems to reflect a deep dark secret on Ga-ram's part. But what initially appears to be a moral defect steadily transitions into one about insecurity. We see Ga-ram's doubts fester in part because Seon-jae doesn't understand the importance of reassuring her.

I thought a lot throughout "Breakup Probation, A Week - Movie" how Ga-ram and Seon-jae really just seems like they need a relationship counselor. In a way the actual story of the movie is just a really convoluted way for them to do that, providing a series of extreme situations where they're forced to directly explain to each other every feeling they have because the circumstances demand it. Ga-ram and Seon-jae are willing to humiliate and even destroy themselves because they love each other. That's sweet but it shouldn't be necessary. Although I suppose, that's pretty much where the romance has to come from.