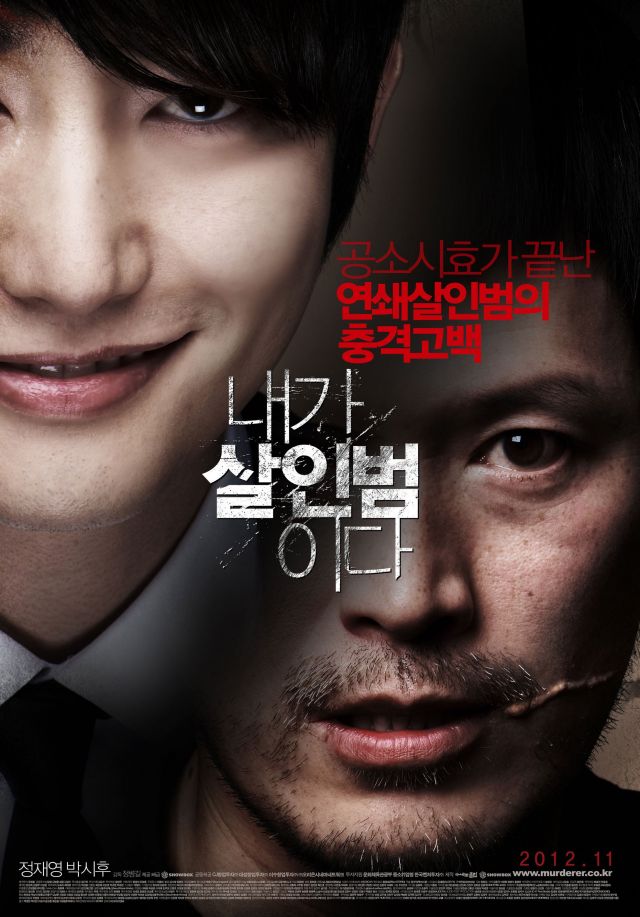 The statute of limitations doesn't work that way. I know, I know, it's just a movie, not a legal document. "Confession of Murder"'s main plot hook is that a man writes a book about the murders he committed right after the statute of limitations has run out. For most of the movie I didn't really think about the logistics of this, then in the final act a situation comes up so absurd that no jurisdiction on the planet would consider it a reasonable extension of the rules. I know I'm overthinking this- but "Confession of Murder" had done such a good job making me not think about it for its duration that I was rather frustrated to discover that it became essential to the last five minutes of story.

But let's get real here. If you're interested in "Confession of Murder", it's probably not for the storyline, nor should it be. This movie is all about the action. Ever wanted to see two figures duke it out in a dark night of pouring rain, only slowing down temporarily when one is pushed or shoved into a large object and has to shrug off the pain with limping? How about a high-speed car chase where the abductors and abductee have to climb over each other and other cars, forced to change place constantly in an attempt to make a getaway? Or consider its inverse- where instead of trying to stay alive, people try to slow each other down by ramming giant vehicles into each other?

In those terms, "Confession of Murder" delivers and does not disappoint. What really makes these action sequences work is the well-developed sense of staging that goes with them. They all favor a rapid sequence approach of problems and solutions. Characters constantly think that they've finally gotten rid of their adversary for good, only for said adversary to push forward through sheer force of will to somehow catch up again, and then leave their opponent in the exact same seemingly impossible dilemma. There's nothing quite so exciting as going "how the heck's he going to get out of this one?" several times in a single minute.

For all I lament the story's final denouement, the plot hook does get the job done in this regard. The central dilemma of a serial killer apparently getting off scot-free is enough to make me believe that the cop who failed to nab the guy, the hardcore survivalist family of one of the victims, and the apparent serial killer himself are all into this way too deep to ever give up under any circumstances. It's actually quite fitting that the serial killer's security guards, the only people with any real professional experience in this, are the ones who come off as flat-footed. Sure, they have the training, but they're only in this for the money. It takes real personal conviction to engage in stuntwork this crazy, even by revenge movie standards.

On that note, the stuntpeople deserve the real applause here. I don't think I've ever seen a movie that took its stunts so seriously that I often found myself wondering "I sure hope nobody got hurt doing any of this". Even though this movie is both exceptionally violent and entertaining, I never got the feeling that anything was really being glamorized. No one actually enjoys being in any of these scenes- save for the one character who we're quite obviously not supposed to sympathize with, naturally. I don't think it's coincidence that "Confession of Murder"'s only real happy moment is also by far its quietest. This is a movie that knows it's a movie, and that while it may sure look cool, none of this is stuff that we really want to do.

In terms of the essentials, the chases are all excellently shot and choreographed, and there's a lot of them. There's just enough character and plot to make the story believable. To make a great action movie, that's all you really need. And this one has it in spades.