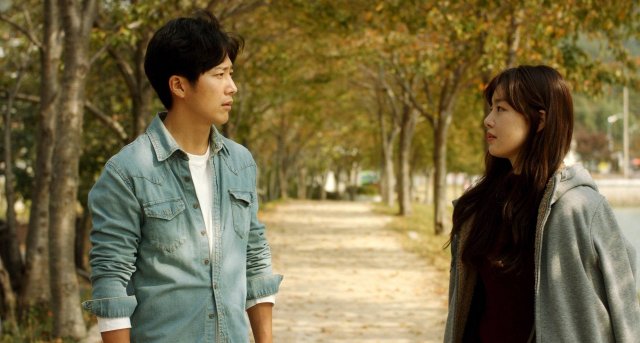 As all of us most probably know, the rom-com is a category of films that has been done to death, to the point that finding anything original in this type of (still rather popular) cinema is like looking for a needle in a haystack. It is, however, the genre Kim Min-geun chose for his feature debut, after shooting a series of sorts. Let us see how he fared.

Seon-hwa is a location manager, who, as the story begins, is having trouble with a local garbage man in a place in the middle of nowhere, who thinks that she is a policewoman investigating some sort of crime. The misunderstanding is eventually solved but the young woman finds herself in much bigger trouble, when her boss, Hae-sol asks her to return to the company office to meet a new director-client, who turns out to be her ex-boyfriend, Do-yeong. Seon-hwas wants nothing to do with him, but under the pleas of Hae-sol, she agrees to scout for locations with him. Unfortunately for her, Do-yeong is not about to make things easy. 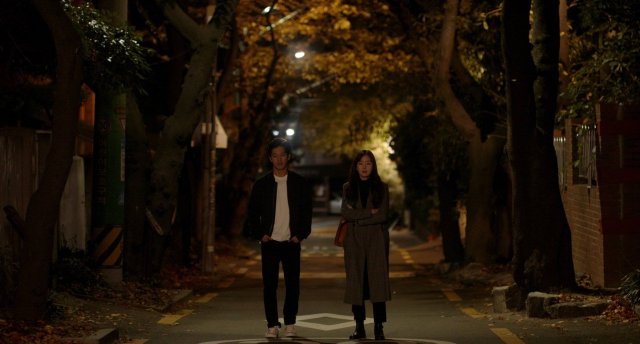 The best part of the movie is its beginning. The meeting with the garbage man, the hilariously hypocritical behavior of Hae-sol (in a great performance by Park Se-ki) and the mild fighting that takes place immediately when Seon-hwa agrees to the job, are all quite entertaining to watch, implying that this could be a rather unique romantic comedy. Unfortunately, the originality essentially ends here, with the rest of the movie following cliched paths, with the director obviously trying to spend as much time with his former girlfriend as possible, extended flashbacks to their past relationship, and a couple of comedic meetings with family members, who play ignorant but obviously know what is going on.

The comments deriving from the story are also nothing original, with the difficulties modern couples face due to work issues and the fact that people nowadays tend to be self-centered, which makes relationships even harder, being the main ones here.

If one was keen to highlight something unique in the title, it would be the presentation of the work of the location manager, which is though, quite epidermically presented, essentially a tool to move the story forward. It does allow, nevertheless, for a number of images of extreme beauty in various locations, with the work done in the cinematography being the best asset of the movie. Kim Min-geun's own editing results in a fitting mid-tempo, while at 77 minutes, the film does not extend its welcome particularly. 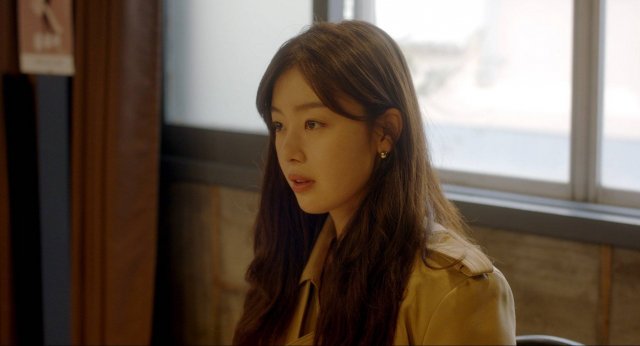 Gorgeous Han Sunhwa as Seon-hwa and Lee Wan as Do-yeong do not do anything special acting-wise, but their chemistry is good, as the "upper hand" changes a number of times.

"Director's Intention" is not a bad film, and is actually quite easy to watch. At the same time, it is one of those titles that one watches and forgets almost immediately, as there is nothing particularly special about it.