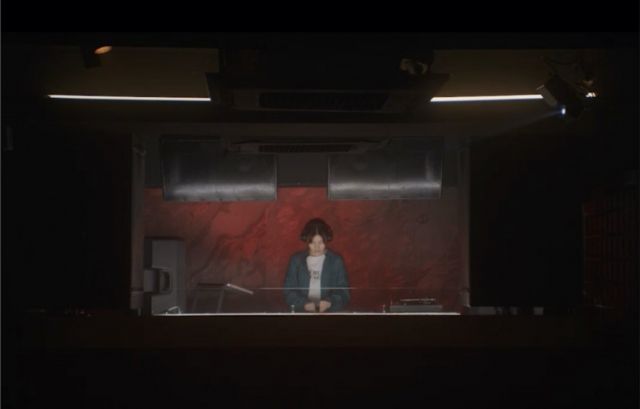 The theme of parenthood and particularly of single mothers seems to be rather prevalent in this year's edition of Busan International Film Festival, through a number of directors focusing on different aspects of both concepts. Jung Won-hee, in her feature debut, implements a rather different approach, having her young protagonist being a retired DJ.

The story revolves around In-a, a girl in her mid 20s, who works at a call center and also has to take care of her mentally unstable mother. Furthermore, In-a is also a single mom, who, being unable to care for both her baby and her mother, had left the former with a Christian couple she knows, whom, however, cannot handle its raising any more and have started pressuring her to take it back. In the meantime, In-a stumbles upon an acquaintance from her DJing days during a street party, who suggests she returns to a passion she abandoned due to her life circumstances. Soon, she finds herself playing music in another old friend's bar, which barely gets any traffic, however. In the meantime, a DJ competition for a trip to Berlin is about to begin, her mother's situation becomes worse after she brings in Khanila, a Thai girl supposedly to help her learn the language, and the club's owner is unwilling to make any change that will reverse his business's downward spiral. 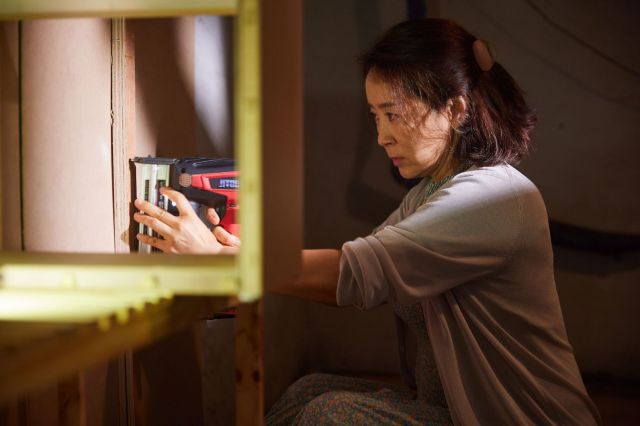 Jung Won-hee directs a film whose base is intensely, and even hyperbolically on occasion, melodramatic. The young girl who abandons her dreams to support her family, who is also a single mother and her own mother is mentally handicapped, always working with power tools in her basement annoying the neighbors is already a bit excessive, but add the concept of the Christian family forcing her to take her baby back and you have a hard-core melodrama like those Koreans seem to love so much.

As such, Jung's effort regarding the rest of the narrative focuses on toning down this approach, by introducing a number of themes along with some social comments. Evidently, the music aspect is the most central element in that approach, and essentially the one that allows the movie to stand out from the plethora of similar productions, both due to the excellent soundtrack and for the presentation of club/night life in Korea, which is also where Jung Grim's cinematography finds its apogee. That Covid rules did not allow Jung to have the clubs filled with people detracts a bit from the impact this aspect could have, but in general, the presentation is quite good, while the frames of the DJ booth and the overall work in the lighting will definitely leave an impression.

The comments about how EBM has come to dominate the electronic music scene to the point that any other subgenre is considered preterit, the way the music industry works in terms of who is promoted, and the whole competition arc are truly entertaining and realistically portrayed, adding significantly to the quality of the movie.
Her relationship with the club owner and her former colleague is also interesting, particularly due to the stubbornness of the former not to change his preferences, something that has led him close to bankruptcy, and in the way his interaction with In-a changes both of them. The differences with her ex-colleague, who is firstly shown as the good guy only to be revealed as something completely different as time passes is also intriguing, while the arc with the Thai girl her mother decides to help only to exploit her essentially, adds a comment about immigrants in Japan as much as a slightly humorous element. 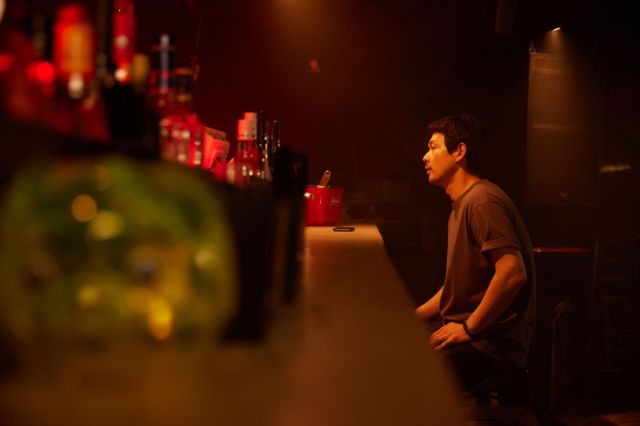 In-a's portrait is also interesting in the way she struggles to be a successful DJ, a proper mother, a considerate daughter and a good friend, with the ending comment that eventually she has to make some choices being both realistic and intelligent in its presentation. This aspect benefits the most from Kim Yong-ji's acting, who portrays all the different stages her character undergoes quite artfully. Yoon Yoo-sun as her mother is also quite convincing in her extreme mood swings, while Park Jong-hwan is functionable as the archetype of the decent, bitter, laconic man with a hidden big heart.

Lee Yeon-jung's editing implements a relatively fast pace, slower in the family drama parts and faster in the ones focusing on the music, while the music video sequences that are frequently presented are well-placed, providing a much welcome relief from all the bleakness. The music, in general, by Haihm and Zeze is excellent and well-embedded in the narrative, adding much to the entertainment the movie offers.

"Doom Doom" is an entertaining film that would have been much better, though, if the melodramatic elements of the story were so many and so excessive. Fans of electronic music, however, will definitely enjoy this one.