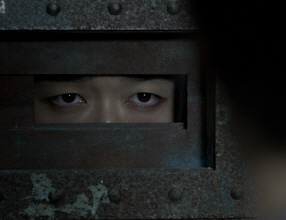 Ahn Gooc-jin's "Double Clutch" recently walked away with the top prize in the Korean short film category at JIFF 2011 (Jeonju International Film Festival). This black comedy's spellbinding visuals and fantastic acting are both part of the film's seamless ability to strike a disturbing balance between humour and personal torment.

Ahn Gooc-jin, born in 1980, is still making a name for himself in the Korean film industry. With just two other short films under his belt ("Stop By My House" and "Platonic Punch Banana") this young talent punches above his weight with the refined and cinematic "Double Clutch". The films success has to be credited to his whole crew and their outstanding efforts in their respected areas. Baek Seong-bin's cinematography, in particular, was the perfect accent to the film's unsettling mix of emotions that really drove the spectacle. His claustrophobic composition and great interplay with light and dark are just some of the factors that brought balance to the films successful attempt at pulling the spectator between conflicting emotions. 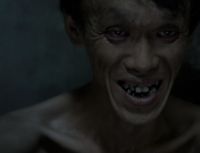 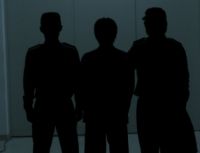 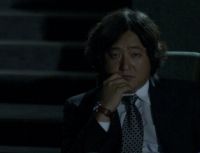 A young man (played by Song Jae-ha) is in a cell waiting to be hanged. With no apparent reason to live he contemplates suicide, as suggested to him by the monstrous manifestation of his subconscious watching him in his cell. The ghastly figure's persuasive efforts are soon silenced when the young man's delusional and overly optimistic lawyer presents his plan. He reminds the doomed man, rather cruelly, that he does in fact have a daughter on the outside and proposes a plan that, if successfully carried out, would allow him to live and see her. 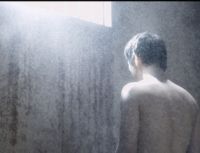 This is where the comedy comes in. After numerous attempts at explaining his plan, the lawyer simplifies his scheme to this – survive the execution. It's an outlandish statement that is actually given serious consideration by our inmate. Soon he is attempting to strengthen his neck muscles in order to be able to survive the hanging for the three hours required before his lawyer can take advantage of a loophole.

It all sounds wonderfully ridiculous but the film is very tightly presented and is as out-right hilarious as it is disturbing. It's a psychological black comedy that will tease your emotions through sinister falsifications of hope. This 34-minute short might be hard to come across but watch it whenever you can because it is simply brilliant.