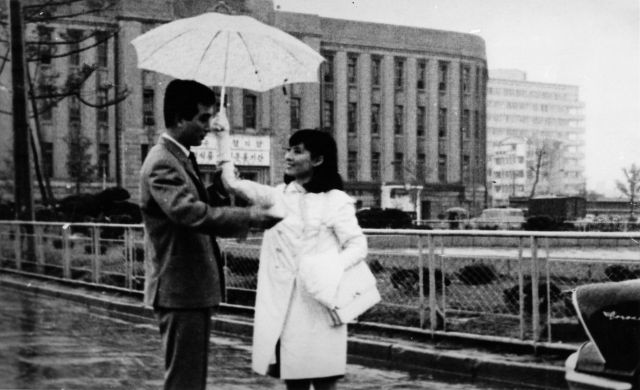 The film that launched Moon Hee's career is a testament to its times (1966), particularly regarding the youths of the country and their search for an identity after the Korean war, when the whole country was experiencing a crisis on all fronts.

On a rainy day, car mechanic Cheol-soo stumbles upon Yeong-hee, a housemaid at the French ambassador's house. As the woman wears an expensive French coat her mistress gifted to her, Cheol-soo, who is a very ambitious man, mistakes the girl for a rich one, and introduces himself as the son of a rich businessman and acts as if the luxury sedan he is actually test-driving, belongs to him. Yeong-hee also has similar sentiments, and in order to impress him, introduces herself as the daughter of the French ambassador. After a date full of passion and lies, the two agree to meet the next time it rains. This tendency continues for a number of dates, and the two of them fall more and more in love with each other, but at the same time, their effort to sustain their lies becomes harder, particularly for Cheol-soo, who exploits everyone around him in his search for money. Eventually, their lies come back to bite them.

Jung Jin-woo directs a film with two obvious goals. The first one is to highlight the penetration of the western culture (French clothes, American music) in the Korean youth of the time, who was searching for an identity after the war, and was quite susceptible to those elements. The second is to present the concept of "one could lie so much",  through a distinct crime and punishment approach that begins to show during the last part of the film, mainly towards Cheol-soo, who is the one that goes to greater lengths to sustain his deceit. An old lady that owns a convenience store outside the ambassador's mansion also serves as a rather amusing metaphor for the latter concept, with her repeatedly complaining about fake briquettes, that cannot sustain a fire, with the parallel with the two liars and their relationship being quite obvious. 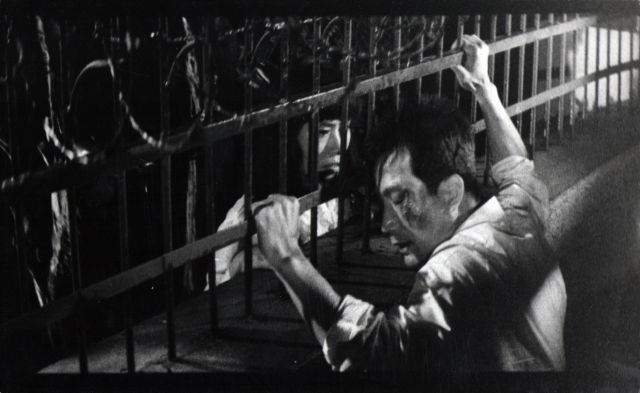 Jung, however, makes a point of highlighting who the most despicable is, as he presents Cheol-soo as a womanizer who will stop at nothing in order to achieve his goal of a greater status. Starting with the way he immediately ditches his former girlfriend upon his meeting of Yeong-hee, who actually supported him financially for a long time, while he does not shy away from exploiting the simpleton colleague of him or from pawning away the things that his friends loan him in order to get money to sustain his fake image. This aspect finds its apogee during the finale, through the way the relationship concludes.

The punishment he inevitably receives for his actions completely turns the narrative in the last part of the film, where violence takes over, as Cheol-soo becomes the victim of his attitude, in the most horrid way. The scene where he is almost lynched by a mob is probably the most shocking in the film, while the whole part functions as tragic irony, considering that his efforts are rooted in a fake hope. Kang Shing Sung-il embodies all the aforementioned elements exceptionally, in a rather impressive performance.

On the other hand, Yeong-hee is presented as a woman who mostly goes along with a lie instigated by her beau, with her purpose being mostly a relationship rather than a change of status. However, both the tragic irony and the crime and punishment part also apply on her, although in radically different fashion than of Cheol-soo's. Moon Hee is also great in the part, with her highlighting both her feelings for the man she met so unexpectedly and her mischievousness.

Yu Jae-hyeong black and white cinematography is one of the film's best aspects, with him presenting the radically different settings of the living quarters of the two protagonists with precision and in direct contrast, while a number of bucolic shots near the end are quite beautiful. The violent scenes are also very well shot, communicating the agony of the protagonist, while Kim Hui-su's editing also finds its apogee in those scenes, while retaining a rather fast pace for the entirety of the movie.

"Early Rain" is a great sample of the "youth movie" that became a tendency in Korean cinema during the 60's and the 70's and a rather impactful film that thrives on both content and presentation.