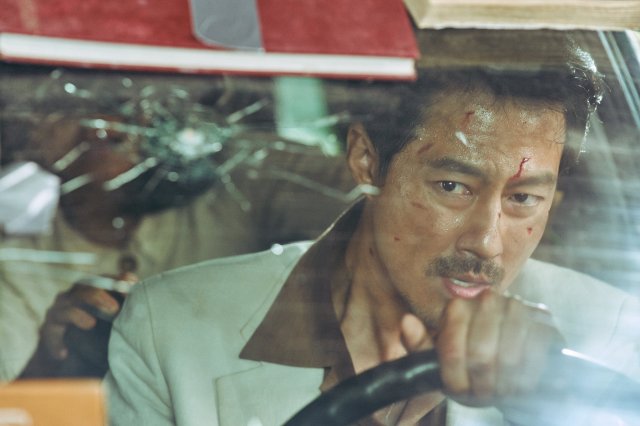 In the year 1991, South Korea had not yet been granted membership in the United Nations. After the globalization effort that began with the 1986 Asian Games and the 1988 Seoul Olympics, South Korea concentrated its efforts on UN membership to secure its international standing. Because votes of UN members are crucial for attaining membership status, Somalia's single vote was extremely important to South Korea. However, North Korea was also jockeying for votes, resulting in a subversive war of diplomacy. Since North Korea had begun its diplomatic outreach to Africa and Europe 20 years before the South, it inevitably held the upper hand. In late 1990, intelligence agents from North and South Korea joined the respective embassies to assist in the struggle, but increasingly violent demonstrations by angry Somali citizens were pulling the country inevitably towards war. This rather intense setting is exactly where Ryoo Seung-wan has placed his newest action feature, four years after "The Battleship Island"

The story starts a bit before the demonstrations, with South Korean Ambassador to Somalia Han Shin-sung and Gong Soo-cheol meeting with Counselor Kang Dae-jin, a member of South Korea's intelligence agency, who has come to Mogadishu bringing various gifts from S. Korea, for a meeting the two former have with the country's President, Barré. However, they are robbed before they manage to get there, while even worse, when they do manage to arrive for their appointment, they realize that the North Koreans, headed by ambassador Ron Yong-soo and his second in command Tae Joon-gi, are already meeting with the president. As bribes, the chase for information, and the constant antagonism between the diplomats rise intently, so do the people against the regime. With both embassies being unable to find a way out, the North Koreans, who are in a worse position than their adversaries, find themselves having to ask them for help. Amongst an insurgency that can end up with all of them killed, the two groups also have to face their distrust for each other, and a number of diplomatic issues. 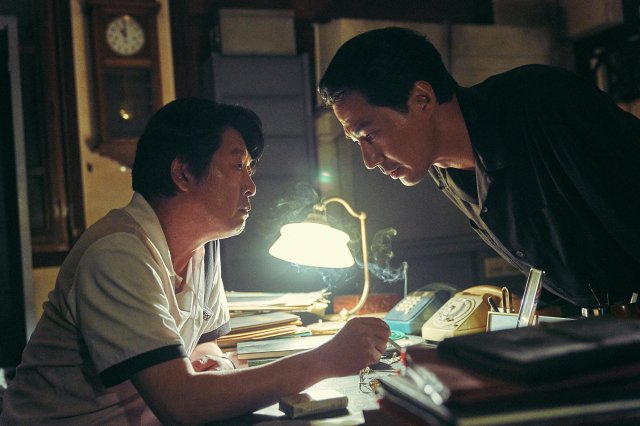 Ryoo Seung-wan directs a film that works mostly on three levels. The first one focuses on the actual circumstances of Mogadishu at the time, with him painting the setting as one of lawlessness, violence, and of a constant battle between different countries who worked for their own purposes. The circumstances of both the North and South Korean diplomats and their families that stayed there are also well-presented, while their constant fighting, on both intelligence and field level are eloquently communicated, although the focus is, expectedly, on the latter.

This element benefits the most by the characterization, with the "battle of the leaders", Han Sin-seong and Rim Yong-soo taking place on a diplomatic, and essentially intelligence level, while the "battle of the subordinates" Kang Dae-jin and Tae Joon-gi, on a more physical level. This antithesis works exceptionally well for the narrative, while also benefiting by the acting. In that regard, Kim Yun-seok and Heo Joon-ho, respectively, present their characters with a sense of measure that highlights their calculating nature, while Jo In-sung and Koo Kyo-hwan, their hotheadedness, in a rather entertaining, but definitely dangerous way.

As Mogadishu erupts, the first element is initially combined with action, which occasionally can be rather brutal, until the latter aspect eventually takes almost completely over. The many scenes with Somalians shooting, the ones with the violent suppression of the citizens demonstrating, and the car chases are both shocking and impressive to watch, highlighting the exceptional cinematography of Choi Young-hwan, who takes full advantage of the setting in Morocco, and Lee Kang-hee-I's frantic editing, with the combination creating a setting where agony thrives, as the movie becomes a thriller. At the same time, however, the realism is also toned down, at least on occasion, in order to give its stead to fun, which works quite well though, in entertainment terms. 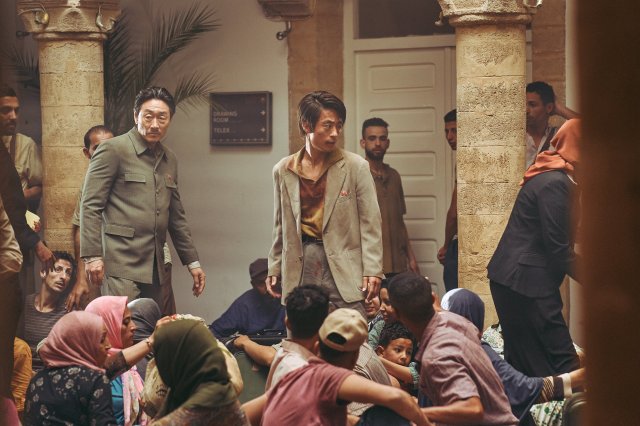 The third element, which Ryoo has included ideally in the narrative in order to lighten the mood, is humor, which appears in the most unexpected moments. The antagonist between Kang Dae-jin and Gong Soo-cheol is one of the main sources, while a number of episodes, as the one with the taxi driver in the beginning, also add to this aspect

Lastly, some pro-South, anti-North elements could not be missing of course (as the covering of the kids' eyes), but in general, Ryoo has kept this aspect to a measured level.

"Escape from Mogadishu" is a great action movie that also works very well on a contextual level, due to the plethora of sociopolitcal elements included.