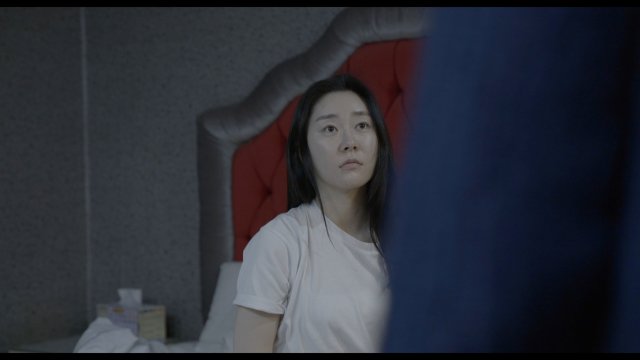 As I have mentioned many times before, Hong Sang-soo's influence in the Korean art-house/indie scene is enormous, to the point that the majority of films in the category share some similarities at least, with his cinematic approach. Jeong Ji-young, in her feature debut follows many of these lines, but still manages to present a film that does not copy, but implements HSS approach through her own style. Let us see how she fares.

Eunmi is preparing for the civil service exams along with a number of other individuals, all of which have already graduated from different universities, but have not managed to find jobs. Furthermore, it is soon revealed that they have much more in common, since a number of romantic relationships seem to take place at the same time, some achieved and some not, most of which revolve around Eunmi, who seems to have no issue jumping from one sex partner to another. At the same time, she seems to suffer from a type of depression that manifests mostly in her hard-slapping herself every morning. The reasons behind her situation are soon revealed, since her mother is nosy and violent as she is needy, while Eunmi herself is completely lost and lonely, not sure of what she wants to do with her life, both professionally and romantically. The way a relationship with one of her classmates unfolds makes things even worse, and Eunmi soon develops attitudes that could be described as nihilistic.

Jeong Ji-young directs a film whose main purpose is to refer to those people "in the middle", who do not manage to follow the nominal path of good university-good job-family etc but are also not poor enough to give up on a comfortable and compromise with whatever comes their way, at least professionally. This doubt about their purpose and goal in life is the main theme of the film, which Jeong presents as the most significant source for the loneliness they feel, along with the lack of guidance and any kind of help from their parents (apart from financial that is), who, once more in Korean cinema, shine through their absence. 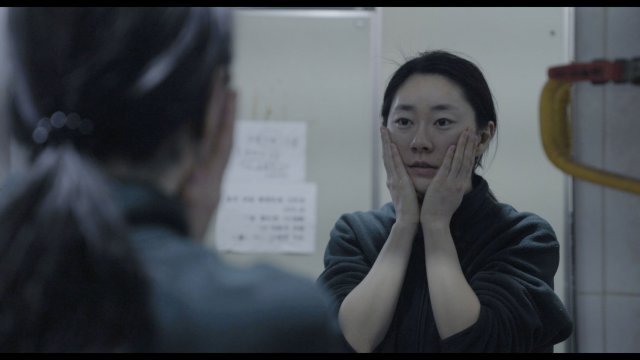 The rest of the occurrences in the film, most of which revolve around promiscuous sex and its repercussions, seem to have their root in this loneliness and lack of purpose, while Jeong also mentions the fact that these issues frequently lead to suicide. Eunmi in particular, seems to use sex as a way out from the dead-end of her current life, while the suicidal tendencies also lurk somewhere between the self-harm and the choking during intercourse.

This approach and the way it is presented are quite interesting, and Jeon Min-young's cinematography manages to portray all these feelings in a fashion that seems as detached as the protagonists are from reality. On the other hand, and despite the appeal of the way the sex scenes are shot, the film becomes quite repetitious after a fashion, with the almost constant change of partners, as Jeong falls on one of the two most common reefs first time feature directors usually stumble. Instead of coming up with a story that lasts for 70 minutes, she just expands on a shorter one, to the point that film would, obviously, function much better as a short.  (The other one is making a feature actually comprising of many short films and desperately trying to connect them into one compact movie).In that fashion, the aforementioned comments are very interesting and well presented, but not enough to carry a film for 70 minutes, to the point that its watching becomes somewhat tedious after a point. 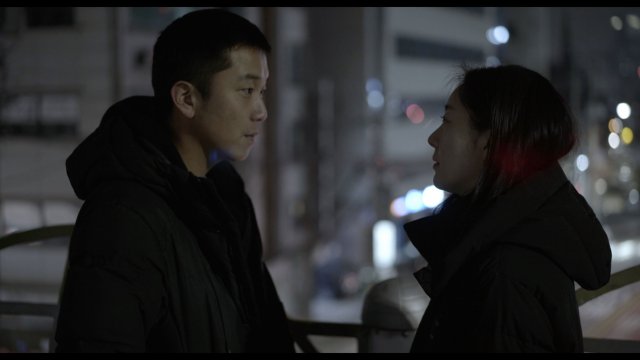 On the other hand, Son Ye-won gives a very convincing performance as Eunmi, as she manages to highlight all the aforementioned elements with artistry and realism, with her actually carrying the film for a large part of its duration.

"Eunmi" is not a bad film, and there are a number of merits here that show that Jeong Ji-young could become a great director eventually. To do so, however, she will have to work more on her writing.