[HanCinema's Film Review] "Even the Clouds are Drifting" + Full Movie 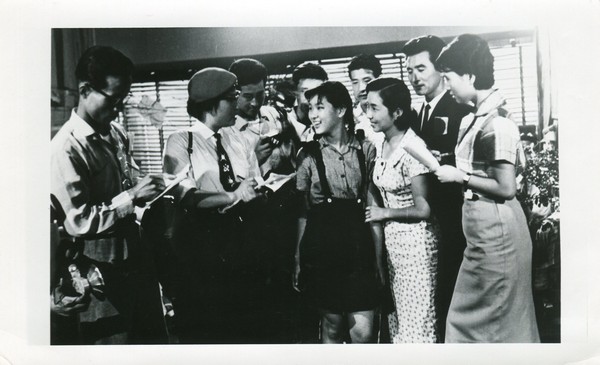 "Even the Clouds are Drifting" is another film that was submitted to Berlinale, somewhat following the recipe of the two that previously received awards there, "To the Last Day" and "A Coachman", although not sharing their success.

The rather dramatic story revolves around four orphaned siblings. Dong-seok is the eldest one, and works in the local mine, trying to make ends meet for the whole family, who barely makes a living, though. After a strike he refused to participate in, he finds himself beaten and fired, since the ownership eventually decides to grant the demands of the permanent workers by laying out the temps, one of which is also Dong-seok. The youngest daughter, Mal-sook, is a brilliant student, but her laid-off brother is forced to retract both her and her younger brother, Dong-il from school, not being able to pay their tuition any more. A friendly, rich neighbor, whose eldest daughter seems to like Dong-seok and the youngest is Mal-sook's best friend, offer money as a loan, but Dong-seok is too proud to accept. Instead, and after the local teacher convinces him to allow the younger children to come back to school, he and the older sister, Yang-suk leave the town to search for jobs in the city, leaving the two younger siblings with a neighbor. 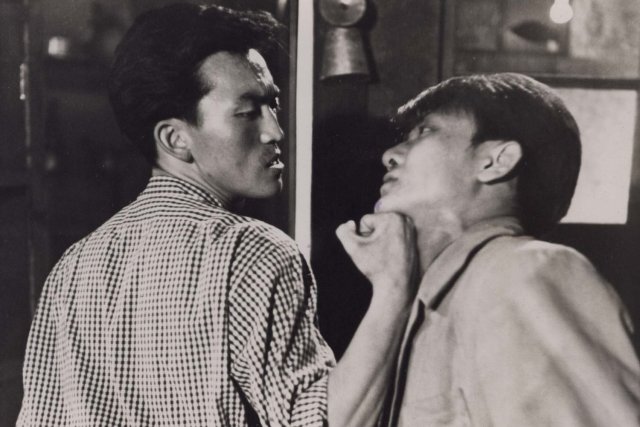 However, the situation in that house is rather bad, with the drunken husband frequently fighting with his wife. Furthermore, the continuous lack of money eventually forces Dong-il to quit school and search for a job, while Mal-sook finds her sole consolation in keeping a diary. One day, when she breaks a sculpture by mistake in the aforementioned, rich family's house, she gives her friend her diary to read as consolation. Her friend's family members are deeply moved by what Mal-sook has written, and the older sister suggests that she publish the diary. The diary becomes a bestseller and the girl attracts the spotlight of the press soon. The family's issues however, keep piling up.

Yu Hyun-mok uses a distinct melodramatic base, where everything that could go wrong for the members of the family actually does, in order though, to present a number of sociopolitical comments about Korea in the end of the 50s. The way the workers on strike treat Dong-seok both during the strike, and particularly after, when all the poor temps are laid off, seems like a pointy, anti-communist comment, particularly since the director of the factory eventually apologizes to the young man, justifying himself through his position and the permanent workers' actions. At the same time, the large differences between the lives of the poor and the rich also come to the fore, with the two friendly families highlighting the fact, although Yu actually presents the rich ones as benevolent benefactors of the poor and not as villains, as is usual the case. 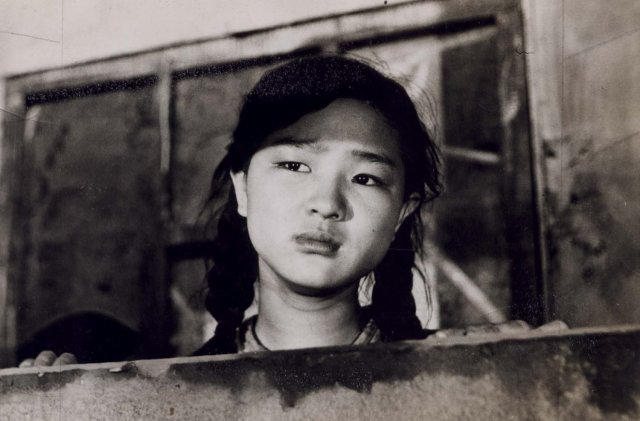 The presentation of the two, radically different houses is where Park Seok-in's art direction finds its apogee, along with the various taverns the workers frequent, where Kim Hyung-keun's cinematography also shines. Talking about cinematography and overall composition of scene, the finale one, with the whole family next to the field is truly remarkable as both DP and director manage to present the plants waving in the wind in a fashion that makes them look as people cheering, in the most impressive scene of the film.

That the permeating melodrama actually concludes with such a finale, works quite well for the narrative, and as a metaphors stating the poor Korea will eventually rise over all challenges, particularly due to the efforts of the new generation, both workers and intellectuals.

Overall, the visual presentation of the rural setting is quite good, both it idyllic terms, when Mal-sook is present and more realistic ones, when Dong-seok is in the scene, as in the one where the fields are juxtaposed with the large electrical pylons that have taken over the scenery.

The acting is also on a very high level, with all the protagonists exhibiting their great chemistry. Kim Yeong-ok-II as Mal-sook and Park Seong-dae as Dong-seok have the meatiest parts, and they deliver in great fashion, in a number of different situations. Kim Yeong-ok-II's fear when met with the policeman is another of the great moments of the film.

Although not doing anything particularly different from the cinematic norms of the era, "Even the Clouds are Drifting" is a very well-shot film that manages to present its (somewhat militant) comments with equal eloquence and artfulness.

"[HanCinema's Film Review] "Even the Clouds are Drifting" + Full Movie"
by HanCinema is licensed under a Creative Commons Attribution-Share Alike 3.0 Unported License.