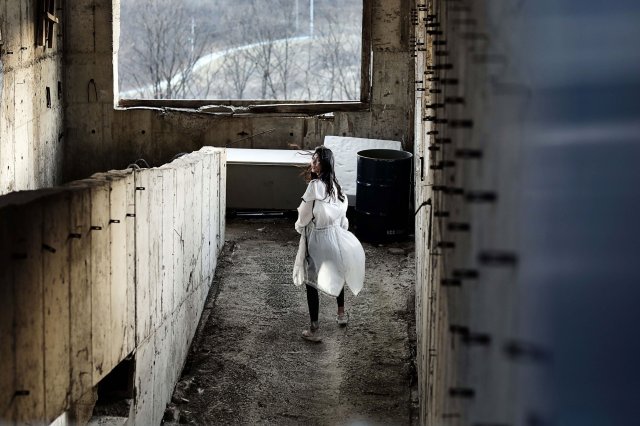 Probably one of the most confusing, chaotic, and genre-bending film we have seen during the latest years, "Fallen" is a movie that tries to be original by following very few "rules" of genre cinema and including as many different elements as possible, both in context and in style.

The story begins with famous sci-fi writer Baek Jo-kyeong, who is being interviewed on her work, before the session inevitably turns towards a revenge sex tape of her circulating on the internet. The next scene finds her in a part at a bar, where her producer tries to convince her to apologize publicly to get the ordeal over with, critics who gossip on both her work and the video, and a fan girl who seems to somewhat hit on her. The next scene, however, finds Jo-kyeong waking up in an abandoned warehouse, having her hands tied, and a tattoo spelling " fallen " in her back. Soon, she also realizes that the oil drums around her house people from the bar, who proceed on offering her advice about how to acknowledge and cope with her past, including her serial-killer mother.

If that part was not confusing, the next one takes place in a secret meeting in an industrial-type of room, where a number of high-level diplomats, agents and lawyers are determining the fate of a serial killer. The accused however, is soon revealed to be from the future and has actually travelled from 2059 through a sinkhole in Seoul, and mentions that it is a kind of cyborg that has downloaded its personality on an individual in vegetative state, as have done a number of other of its comrades. The killer wants Jo-kyeong dead because she carries an anti-body that makes its people go blind and in exchange for her death, it is willing to give humanity a genetic editing hack, the cure for six deadly illnesses and $65 billion worth of renewable energy sources per year. Before a decision is made however, a young man supposedly working for the UN murders the accused and tries to renegotiate the deal, while a lawyer and a representative of the Korean government also play key roles in the proceedings. If all those were not confusing, during these proceedings, Jo-kyeong tries to face her past, her present and her future that actually materialize in front of her, while at some point, a high-heels, leotard-wearing dancer appears in front of her and offers a kind of a show. 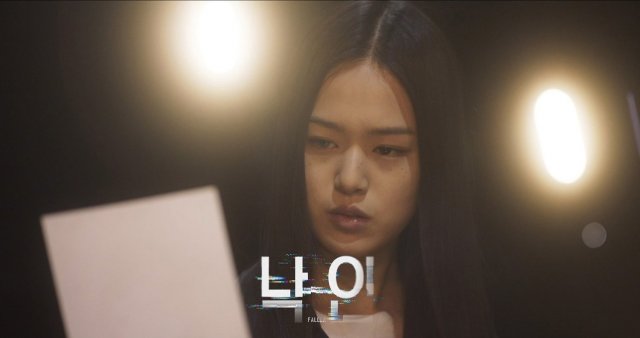 Apart from the overall sense of confusion, disorientation and surrealism that dominate the narrative, another element that becomes quite obvious from the beginning is the overall pretentiousness that characterizes the film. From the various sets by Lee Jung-sub-I, who implement a minimalistic approach to point toward the sci-fi premises on the film and a more maximalist regarding the present (the bar scene is a distinct sample) to the various protagonists, all of which are incredibly good-looking (and occasionally quite sexy) everything seems to point towards this direction. This approach probably finds its apogee in the dancing scene, which actually seems to serve little purpose apart from stressing the overall approach the narrative takes. At the same time though, the images offered by DP Park Mi-nu are quite beautiful on occasion, particularly in the latest part where elements of action also come to the fore as much as during a number of outside night shots.

Furthermore, the movie also resembles much a stage play, with the council of agents and the discussions Jo-kyeong has in the warehouse pointing in that direction. This aspect is also the one that features the main comments of the film, which includes the way society treats women, particularly when they are victimized, the way show business and the government works, and where technology could lead us in the future, with the name of Elon Musk actually being referenced repeatedly.

Most of these comments however, are either on-the-nose or lost inside the overall confusion the narrative offers, which is also intensified by the frequently abrupt editing by the director and the DP, the fact that present, past and future are mixed, and the pastiche of genres and references that dominate the narrative. In that regard, "Saw" and a number of Japanese movie adaptations of sci-fi manga ("Parasyte" came to mind) seem to have inspired the director, adding to the collection of elements that characterize the movie. 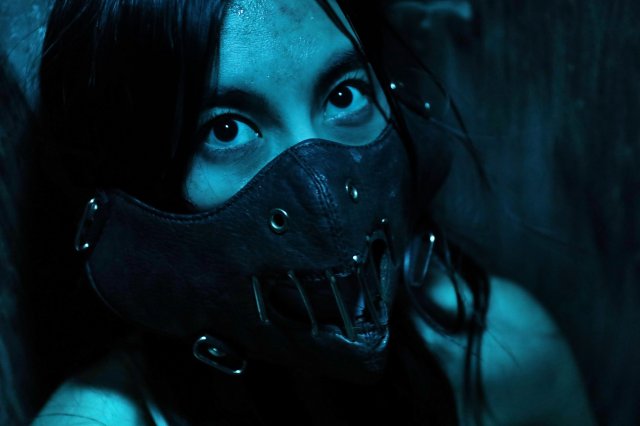 In that setting, the acting aspect is actually pushed to the background, with the overwhelming number of actors also stressing the fact. However, Yang Ji as Jo-kyeong is quite good in presenting her discomfort, disorientation, and resolve.

"Fallen" is definitely confusing and could, actually, be characterized as nonsensical. However, it is definitely original, visually impressive and one of the most interesting films of the year.