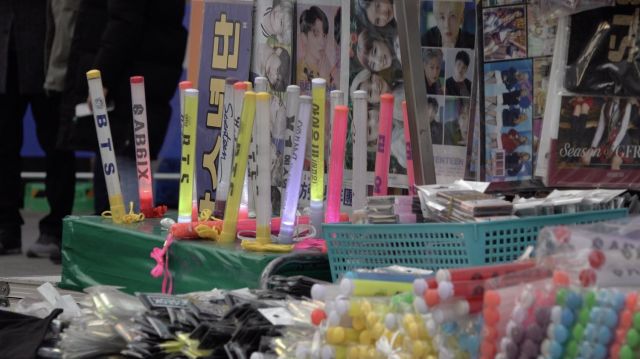 The concept of the pop idols and the impact they have on their fans has been examined repeatedly in cinema, particularly in Asian movies like "BNK48: Girls Don't Cry" and "Tokyo Idols". The impact the phenomenon has on the fans, has been examined rather epidermically, with the films that focus on the concept as a whole essentially perceiving the fans as parts of a mass rather than individual entities. Oh Se-yeon, herself a fan, or  ′seongdeok′ (successful fan) as is the term frequently used in Korea, attempts to reverse this notion, by focusing on a number of people with similar experiences with her.

The documentary begins with a teenage girl who appears on a TV show featuring then idol Jung Joo-yung. Years later, the highly popular idol singer is arrested on charges of gang rape and illegally filming and distributing sex tapes. The girl realizes that she was a fan of a criminal all this time, with the revelation having a tremendous impact on her and decides to meet with other fans of the same man, sharing her confused state of anger and sadness. This girl is actually the director, and the documentary follows this "journey" of hers, all the while trying to explain the reasons behind the behaviour of fans.

Despite the fact that Oh Se-yeon is using a distinctly 'talking heads' approach that becomes a bit tiresome after a point, the documentary is actually quite impactful, particularly through the sincerity the interviewees and the director herself exhibit, which borders somewhere between the shock and the embarrassment. The first thing one will realize is that these girls are obsessed with their idols, and essentially in love with them in an absurd kind of way that has made them consider their objects of fanaticism as the image of perfection. In that fashion, the shock they experience when they realize that they are not perfect, essentially the opposite, is tremendous, shaking them to their very core. 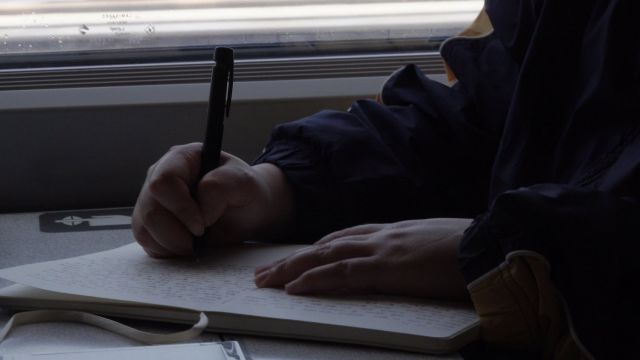 The reactions they have are also rather interesting and actually differ significantly. Others make a complete turn, as the girl who hides her face under a jockey, who considers the previous object of her affection as awful, despicable, essentially the worst. Others are trying to find an excuse for his deeds, blaming his overall environment or even the journalist who revealed what Jung had done. Others try to get away from the whole concept of being fans, but find it rather difficult to let go, as the scene with the fan trying to get rid of all the memorabilia she has amassed, and failing for the most part, reveals. Others, manage to break completely away from the clutches of fandom, but soon find themselves experiencing a sense of emptiness, since their capacity as seongdeok was their whole life.

Also shocking, and rather interesting is the interview with the director's mom, who explains how she perceived their daughter's fanatical behaviour, in a discussion that reveals what was becoming obvious from the beginning, that fandom is an addiction, not much different than drugs, and that getting out of it, is particularly hard. Lastly, as eventually the director reaches the far-right Taegeukgi rally participants in front of Seoul Station, holding protests for the release of former president Park Geun-hye, in a sequence that highlights that fanaticism reaches much further than the pop industry. 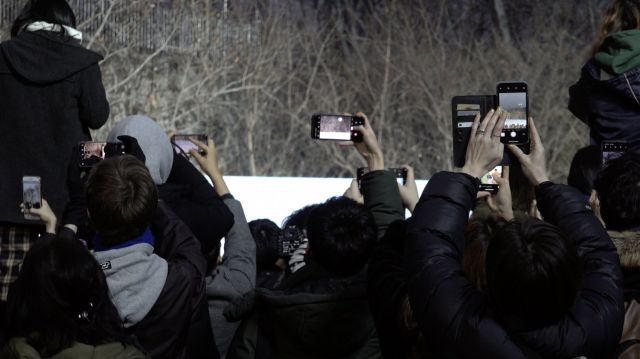 Oh Se-yeon's own editing communicates all the aforementioned rather eloquently, although the truth is that some sequence run for too long and the number of interviewees could be a bit lesser, thus bringing down the duration from the 87 minutes, that feel a bit too much after point, considering the nature of the documentary. I also feel that the film would benefit significantly if the director could actually manage to get Jung Joo-yung's perspective, although the possibility of something like this happening borders on the miracle, considering the whole situation and the obvious low-budget premise of the movie.

Apart from this issue, however, "Fanatic" is a documentary definitely worth watching, particularly for presenting a phenomenon from a perspective that is very rarely, if ever depicted on screen, and also for the eloquent comment regarding how fandom is, essentially, a sickness.

"Fanatic" is directed by Oh Se-yeon, and features Oh Se-yeon. No release date in Korea yet.