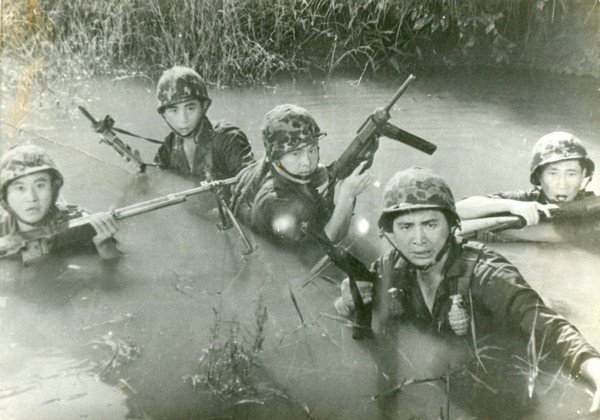 In the plethora of war films in international cinema, it is quite difficult to find ones that actually focus on characters instead of the action, and use the war as a basis in order to present various comments. The late Kim Kee-duk achieves just that in his feature debut, which netted him the Best New Director Award at the 1962 Grand Bell Awards.

The titular five the story revolves around are young men, all of which seem to carry some sort of "baggage" from their past. Oh Deok-soo, whose father is the commander of the battalion he serves into, has always felt that he was treated unequally compared with his first-born brother, a sentiment that intensifies due to the circumstances. Jeong-gook is an intellectual who considers the war a joke, and is actually chastised for his behaviour by both his squad leader and his fellow soldiers. Joo-hwan is a father of five from Seoul, who faces financial issues, to the point that eventually his wife sends him a number of bills instead of a letter, in one of the funniest episodes in the movie. Yeong-seon is a farm boy who is much more graphic about his sex life than is appropriate, as presented in another quite funny episode. Hoon-goo has anger and mother issues, as presented through a number of flashbacks. However, after a number of deaths of their comrades, and a discovery that comes in the worse way possible, the five marines volunteer for a risky mission of bombing an ammunition depot the North Koreans are building.

Kim Kee-duk directs a film that is split into two, radically different parts, with the fate of the squad leader functioning as the dichotomy. The first and larger part deals with the former lives of the marines and particularly their family situations, in an effort to humanize the soldiers and prevent them from being seen as simple killing machines. Their interactions with the squad leader are the main medium of this approach, with his harsh but usually fair attitude bringing out their character in the best fashion. Furthermore, this aspect also brings to the fore the violence that is usually associated with barracks, and in general spaced inhabited by men in extreme situations. The same, although on a secondary level, applies to the interactions between them and with fellow soldiers, whose deaths usually function as a catalyst that turns the protagonists from naive young men to patriotic soldiers, with their transformation being one of the best aspects of the narrative. 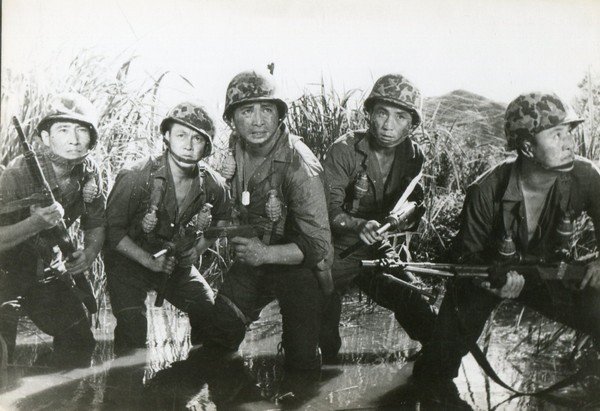 In that regard, the acting is on a rather high level, as the protagonists are equally convincing in both the comedic and the dramatic parts of the narrative. Shin Young-kyun as Oh Deok-soo and Dok Go-sung as Jeong Choong-gil are the ones who stand out as the hero and the villain respectively, with their characters being the main source of drama in the first part, along with Choi Moo-ryong as Jeong-gook, although in a smaller part. Park Nou-sik as Yeong-seon is the main source of comedy in the movie, and is quite good in the part.

The second part of the film, which revolves around the mission the five take, follows the rules of the blockbuster, with explosions, disasters, constant gunshots and a sense of agony that works exceptionally well for the narrative, since not all of the protagonists survive and the viewer realizes the fact quite early. In that fashion, however, the melodrama that starts at the end of the first part concludes in the second, which also serves as a medium of showing that sacrifice for the country is the ultimate honor for a man, in a somewhat propagandistic comment.

Lee Seong-jun's cinematography, as the whole of the technical aspect of the film, finds its apogee in this second part, which is quite impressive, even with the use of actual footage from the war.

"Five Marines" is a strange war film, since it is, by no means, anti-war, but also does not go very far in its paeans for the army, particularly through the intense melodramatic aspect that highlights the fact that even heroes die.