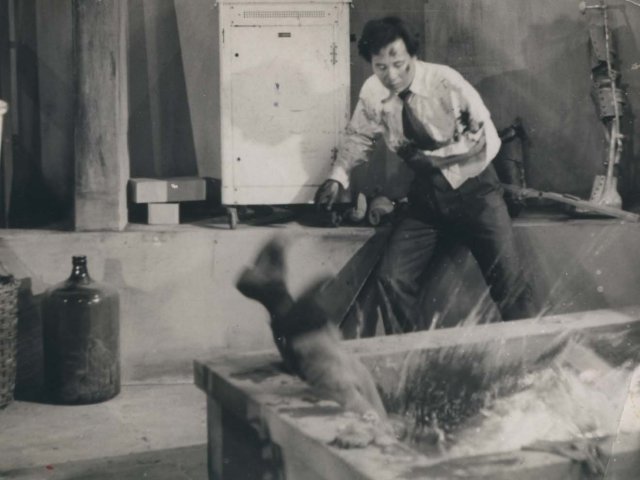 Yu Hyun-mok will be forever remembered for a film that is considered among the all-time best of Korean cinema, "The Aimless Bullet". Before reaching the apogee of his career, however, he had to start somewhere, and "Forever With You", his earliest surviving film, is a production much different from the aforementioned, mostly following the melodramatic rules of the era, although with a few cinematic "innovations" that actually make it stand out, to a point at least.

The protagonist of the story is Gwang-pil, who, as the movie starts, is in prison but retains his cheerfulness against the teasing of another cellmate, since his love for his "woman", Ae-ran, keeps him from letting his situation bring him down. Soon, Gwang-pil begins to narrate his story. At a young age, he was a very poor youth who also had to take care of his sick mother, after his father had abandoned them. His only ray of happiness is Ae-ran, a local girl who works at a bakery also trying to support her family. Being desperate for money, both to sustain himself and his mother and to move his romance forward, Gwang-pil falls with two petty thieves, with the three of them eventually robbing a poor woman, before they decide to rob a US Army depot. Instigated by the lack of jobs in the area, but also by a rival for Ae-ran's heart, Dal-soo, Gwang-pil agrees to go on the job but finds himself the only one arrested after the failed attempt and sent in prison for the first time. However, he manages to escape in order to see Ae-ran once more, only to get involved in an accident that has him back in prison, this time for 10 years, which is where the story finds him. His cheerfulness, however, derives from the notion that Ae-ran keeps sending him food and clothes every week. 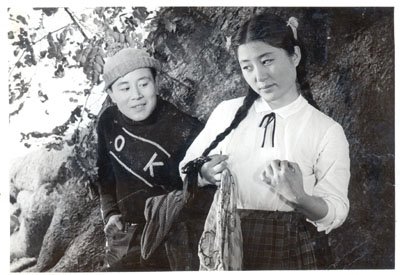 Soon, he is released, only to find one of his former partners in crime, Sang-moon having become a priest, and Ae-ran married to Dal-soo who has become rich by running a hostess bar. Furthermore, Ae-ran is bedridden due to sickness, while she also has a nine-year-old daughter, Gwang-pil suspects is his. The antagonism of the two men becomes more and more severe, while Dal-soo's shady business eventually starts having implications for him and the manageress of the club. At the same time, Ae-ran's condition worsens, as she finds herself unable to make any choice regarding the two men.

The premises of the film follow all the norms of the melodrama, with the protagonists having to face a torrenting series of misfortunes, and very little good things happening throughout the story, as each plot twist actually worsens their situation.

Through this setting, however, Yu Hyun-mok manages to make a number of sociopolitical comments. The financial situation of the poor, who had no way out of their poverty during the time (after the Korean War that is), is the first and most obvious, at least partially justifying Gwang-pil's actions. The penetration of western culture in all parts of Korean society is another central one, with the music, drinks and way people dress as exemplified in the hostess club highlighting the fact as much as the way Christianity has changed Sang-moon. The third one, and somewhat more subtle, is presented through Ae-ran, who finds herself in the middle of the struggle of two men, without having any choice in the matter, although her feelings are quite clear from the beginning, as much as her faith in the constitution of marriage. The fact that she is bedridden for almost the whole duration of the main timeline also functions as a metaphor for her situation. On another note, the final revelation of the child's father also seems to refer to the divine justice both her and Gwang-pil seem to suffer due to having extra-marital relations, with the fact that she has the worse fate presenting another comment about the role of women in the then society. Do Kum-bong in the part highlights all the aforementioned elements quite fittingly.

Apart from the melodrama however, Yu has also included numerous film noir elements, mostly presented through Dal-soo, whom Choi Bong presents in all his cunning, despicable, and lecherous glory from beginning to end. At the same time, the three most significant action scenes in the movie (the two that lead to Gwang-pil's arrest and the final one) also add another element to the movie, enriching the narrative but also being quite realist in their dramatic premises, since Gwang-pil is presented as anything but an all-powerful hero. Particularly the desperation of the first one and its outcome is almost shocking to watch, while Yu's direction and editing, Lee Ryong's acting, and Byeon In-jib's cinematography find one of their apogees in the film. 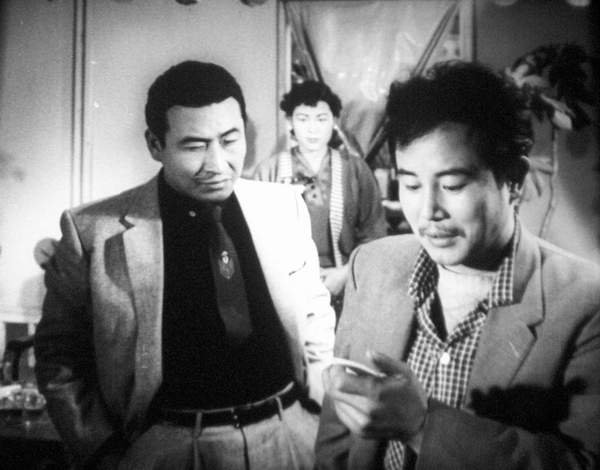 Talking about cinematography, this is where the movie stands out, particularly through a number of brief, but quite interesting shots. The spinning shot in the bar, the overhead view of the gangsters, the voyeuristic one through the glass sign at the bar door, the ending long-shot and a number of others highlight that Yu was an innovator in that regard, even if those shots seem a little out of the general visual style at times.

"Forever With You" is not on the same level as "The Aimless Bullet" but is entertaining in its clichés and includes enough cinematic quality to  deem it a movie worth watching.

"[HanCinema's Film Review] "Forever With You" + Full Movie"
by HanCinema is licensed under a Creative Commons Attribution-Share Alike 3.0 Unported License.