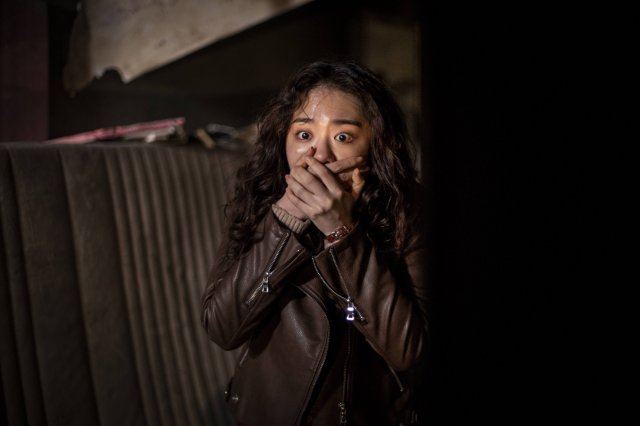 Considering the number of entries in the horror genre, it is not surprising that the category, although still largely popular, has become somewhat preterit. A number of filmmakers have tried to move away from the norms, either by inducing their works with intense social commentary, or by presenting titles that include a plethora of the usual elements in such movies, in an effort to come up with something new through their combination. Shim Duck-geun picks the second approach.

Meanwhile, in 1996, Hye-yeong, Tae-hoon and Won-jae, a group of students planning to shoot a video to win a film competition, also enter the building, but soon find themselves unable to leave, while a supernatural being starts attacking them. Despite the timeline difference, eventually they stumble upon Do-jin.

As mentioned in the prologue, Shim Duck-geun includes as many "cliches" of the genre as possible in the 85 minutes the whole thing lasts. A haunted location, parallel timelines, exorcists, ghosts, found-footage scenes, revenge, trauma, and even domestic violence that resulted in a kind of curse are all presented here. What is surprising though, is that Shim Duck-geun does not lose his handle on the film, with these elements actually being organically embedded in the narrative, at least for the most part, while resulting in an atmosphere of tension, disorientation, and mystery that carries it from beginning to almost the end. 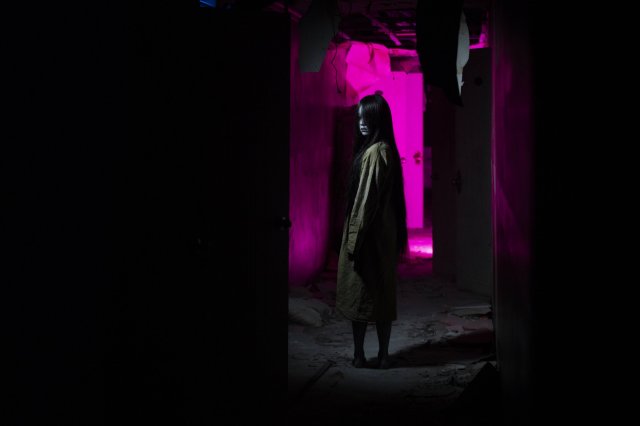 In that regard, probably the best aspect, and the main ingredient of the atmosphere along the sound, is the building most of the movie takes place in, which is actually an abandoned building in Pocheon. DP Na Hui-seok takes full advantage of the setting in order to present a hellishly claustrophobic environment, which becomes more and more angst-inducing, the more the protagonists realize what is happening. The same applies to the editing, which results in a rather fast pace, particularly during the action scenes, while the succession of timelines is rather well-executed in their majority. 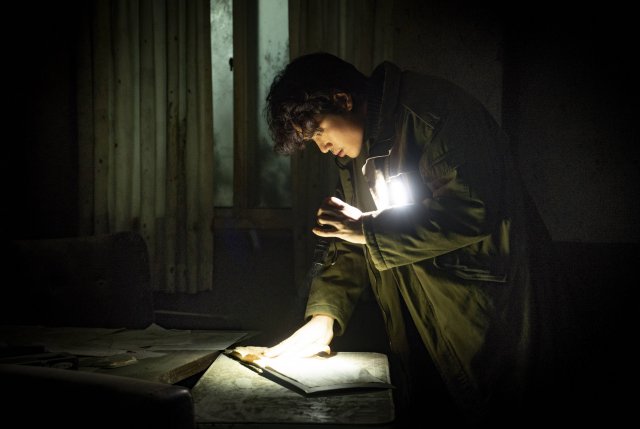 At the same time, though, after the students meet Do-jin, the narrative begins to falter, with Shim Duck-geun losing his grip on both the story and the way the events unfold, essentially resulting in an ending that ranges from overcomplicated to nonsensical, as his effort to close all loose ties does not exactly succeed. Kim Kang-woo's performance as Do-jin saves things to a point, but unfortunately, the bad taste remains.

As such, "GUIMOON: The Lightless Door" emerges as a film that has a lot to like, but would definitely benefit from tighter writing. Shim Duck-geun has some good ideas, and his eye for composition is evidently good, he just needs to work on his closings.