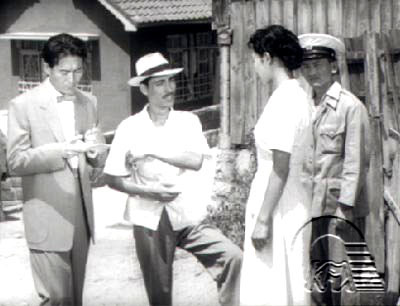 Billed occasionally as one of the first romantic comedies to come out of South Korea, occasionally as a thriller about a crime, "Holiday in Seoul" seems to be nothing of the two, but instead a playful if messy comedy/drama of episodic nature, whose parts though, are almost completely disconnected, both from each other and from reality.

The main one revolves around Nam Hee-won, a female obstetrician, and her husband, Son Jae-kwan, who have decided to have vacations in Seoul, since they had no break after their marriage, three months ago. However, as the husband receives news about a homicide in Huamdong, he jumps onto work again, leaving his wife disappointed and frustrated. However, it is soon revealed that the phone call he received supposedly from a source that will provide info for the murder, is actually from some "friends" who trick him into meeting a girl with constant fits of madness, who thinks he is her boyfriend as soon as she meets him. At the same time, Hi-won starts hanging around town with her friends, who suggest that her husband cheats on her, while a bit later, she meets the aforementioned :friends", who even make her buy them drinks while they constantly badmouth Jae-kwan. He, on the other hand, as he tries to get away from the remote area they send him, stumbles upon some robbers. 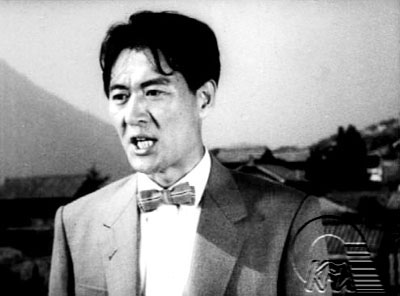 The rest of the episodes revolve around a man living nearby where the couple are staying, and constantly curses his wife while drinking, a poor girl who asks Hi-won to treat her mother in the rundown house they live, and a drunkard elderly man, whose daughter is pregnant by a man who abandoned her and soon proves to be a card-dealer. Add to all that some surrealistic scenes that resort form the mad girl's imagination, including one where a man is singing to her in Italian while they are on a boat in the sea, a woman lip-synching a traditional Korean song, and the three "friends" almost advertising the benefits of beer, and you have the mess that is the film's narrative.

The plethora of occurrences and characters that are included in Lee Cheong-gi's script can be somewhat justified by the Shakespearean "much ado about nothing" recipe, particularly regarding the relationship of the main couple, or, in another fashion, if the story is perceived as a medium of highlighting the various beauties of Seoul. The second case seems more possible, since cinematographer Jeong In-yeob presents the various sides of the extended city (urban, bucolic, rich and poor houses, parks, the river, cafe and bars etc) as in a photobook, with the events actually revolving around the areas than the other way around.

What the film has going, however, is a sense of hilarity deriving from the unlikely occurrences, which is juxtaposed with some elements of drama and the didactic nature of a fable, which seems to focus on how a wife should trust her husband, no matter what she hears from various Erinyes. The arc with the pregnant young woman also moves in that direction, as it seems to criticize the blights of premarital sexual relations. This combination carries the movie to, at least, some measure of coherence, although chaos remains the main element of the narrative, with Lee Yong-min's editing adding to this sense even more. 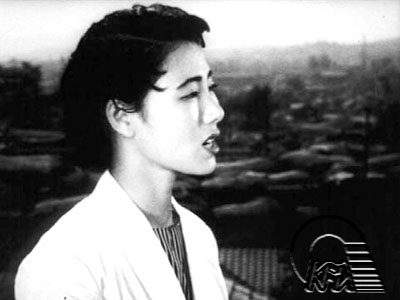 Extremely beautiful Yang Mi-hee as Hi-won is the protagonist of the movie, and gives a rather intriguing performance, presenting a number of different sentiments and psychological statuses, including confusion, anger, disappointment, and kindness convincingly. No Neung-geol as Jae-kwan presents the confusion of what is happening in a fashion that suits the general aesthetics of the movie.

Despite its unusual and messy premises, Lee Yong-min's direction makes the film work somehow, with his efforts resulting in a confusing but entertaining spectacle.