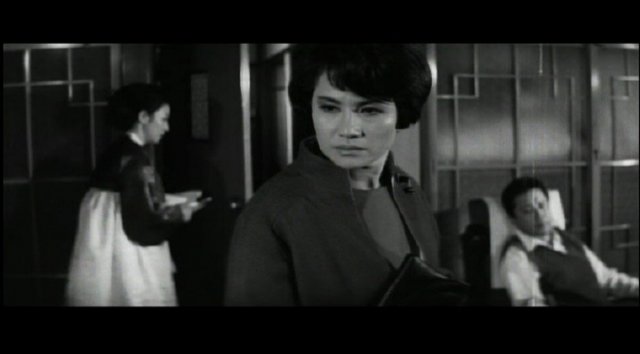 Considering the appeal melodramas always had for Korean audience, it is no surprise that the best film of 1967, according to the Grand Bell at least, is tearjerker of the most genuine fashion, which also manages to highlight the benefits of dedication to marriage, in an additional crowd-pleasing element of a rather patriarchal society.

Choe Dong-u is a writer who was disabled during the Korean War, and is now spending his time between a bed and a wheelchair. At the same time, he is contributing a serial to a newspaper, about his current life, and particularly the love and dedication his wife, Ji-yeon, shows him. However, when she gets his work to his publisher, he suggests that the story of a faithful wife is boring, and in order to be appealing, the woman protagonist should be a "sinner". As Ji-yeon realizes how life is, she starts going out with a young man. Her husband eventually finds out, but is not sure how to proceed, due to her dedication that far, and eventually seeks care and advice from his sister, Choe I-yeong. 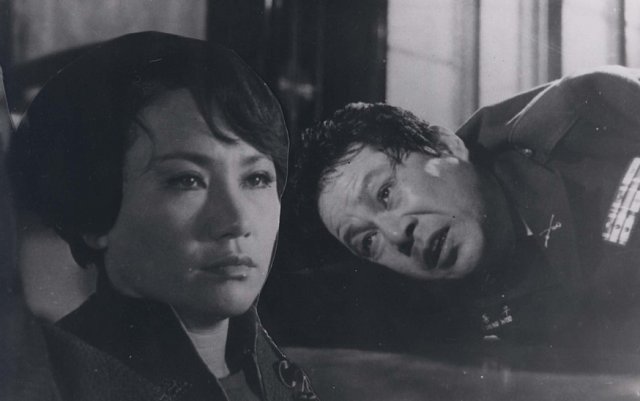 Lee Man-hee-I directs a noirish melodrama that makes a number of social comments for the era, with some of them being contradicting but eventually pointing in the same direction during the end. In that regard, the dedication and value of sacrificing for the country is evident, but at the same time, the issues that derive from the consequence of war, as in the disability of Dong-u, are also quite eloquent present. The patriotic songs that are heard throughout, can be perceived as a tribute to the duty for the country, but at the same time, there is a subtle irony embedded in their inclusion in the narrative.

Ji-yeon's dedication, but at the same time the temptation she feels when a young and handsome man makes his feelings evident, also moves in the same direction. The attitude of the publisher, who essentially criticizes the writing about a dedicate wife but eventually apologizes for his attitude, cements this approach, which finds its clear comment in the finale, but also poses enough questions for the viewers to question the values of the era, in a rather intelligent approach by Lee Man-hee-I.

Apart from context, the movie also thrives in presentation, as Lee implements an approach that lingers between the thriller, the romance and the melodrama, allowing space for all to unfold in the rather economical 90 minutes the movie lasts. The same applies to the characters, all of which are analyzed to the fullest in a way that makes all their actions and mentality justified despite their contradictions, and them quite likable despite their faults, or perhaps because of them.

Furthemore, the depiction of the white collar aspect of life in Korea during the day, and the "temptations" of the night life also work quite well here, with the latter part also adding a noir essence to the movie, which also benefits the most by the excellent cinematography by Lee Suk-kee. Lastly, Kim Hee-su's editing implements a fitting mid-tempo, that works well here, in a no-nonsense approach that has the movie essentially stripped of any kind of unnecessary scenes.

Truth be told, when one watches "Homebound" today, it would be easy to describe it as cheesy, but the intelligence with which Lee Man-hee-I presents his comments make it a rather interesting view, even today.