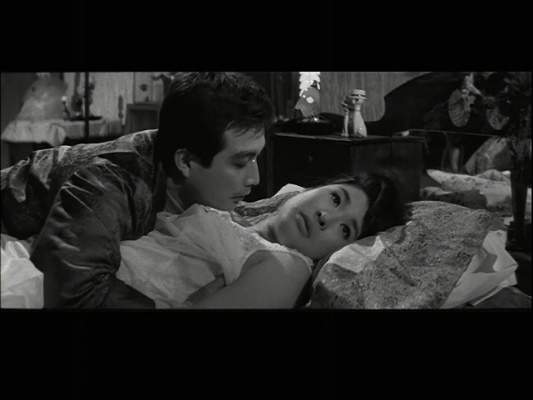 Basing his story on a myth that states that women who are born in the Year of the Horse, which comes every 60 years, are bound to have awful lives while becoming shrews themselves, Kim Kee-duk shoots essentially an, unusual for the era, sex comedy focusing on a number of couples and some peripheral characters.

Two intellectual looking individuals, Bok-soon and professor Seok-doo are getting married as the movie begins, with the latter seeming rather miserable, and a wedding photographer who later on is revealed as a horse woman herself covering the wedding. The scene then changes completely, to a fortune teller who addresses the audience of the movie, by promoting his matchmaking service and introducing the rest of the couples featured in the story. Nam  Soo-in is married to Yoon Sang-won, who has turned essentially into a servant for her, as she sits in her bed all day, pretending she cannot do anything because she is pregnant. Mi-hye is married to Geun-ho, who constantly wants to have sex but is fended off. Bok-soon, on the other hand, tries to have a baby before the year of the horse, constantly feeding her husband "medicine" made of materials like seal testicles. The group is rounded up with the aforementioned photographer, and Sook-ja, a rather sultry dancer who uses her sex appeal for material gain. 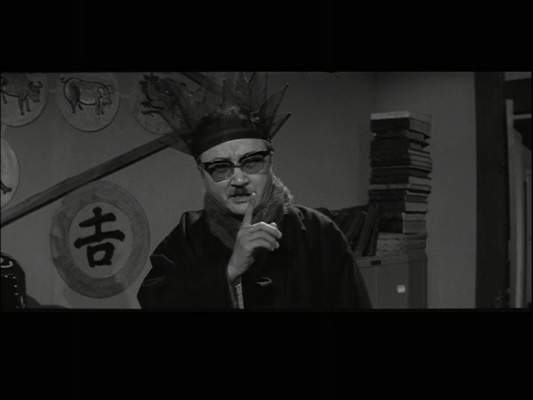 The comments here are many and palpable. The superstitions that still dominated Korean society at the time are highlighted quite eloquently, through the whole horse year concept, with Kim mocking the whole thing in the most hilarious fashion, particularly through the finale. The role reversal is also quite interesting, since all the women in the film are presented as manipulating their husbands to act like wives were supposed to at the time, a task that has them failing repeatedly. Sook-ja also takes the concept a step further, as she uses her beauty to seduce and have a nice life, even though she has a fiance.

This approach does not last forever, though, as all the women get their share of punishment in the end, even involving mild violence, in a way, though, that is more cheerful than sanctimonious, even if the concluding message seems to state that women can punish men that hurt them, but not their husbands.

The overall approach to the story is also quite interesting, with the sexual connotations being all over the place, and sex being mentioned almost in every scene one way or the other, through a comedic approach that also includes elements of yoga, clud dancing and women in garterbelts, although no nudity or the actual deed is ever depicted on screen. This combination actually works quite well for the movie, particularly in entertainment terms, even if the rather episodic style gets a bit annoying after a fashion, considering the number of characters and events. 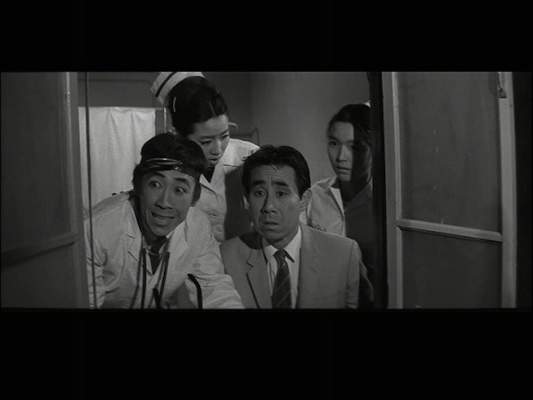 The entertainment also benefits the most by Gwon Hyeok-gyu's editing, which induces the movie with a rather fast pace that suits both the episodic and the sex comedy aspect nicely. Byeon In-jib's cinematography follows mostly realistic lines, without any particular exaltation in the presentation of the various locations and apartments, while there is also a voyeuristic aspect, mostly deriving from the photographer's presence.

The acting is also on a very high level, with the female actors standing out the most. Hwang Jung-soon is rather entertaining as sex-crazed Mi-hye, Um Aing-ran hilarious in her pretense of being pregnant, while gorgeous Choi Ji-hee-I frequently steals the show as a kind of femme-fatale/manipulator.

The comments presented in "Horse-year Bride" may look annoying these days, but at the same time, are realistic for the era, while the movie ends up being rather entertaining, quite funny, and even titillating on occasion.