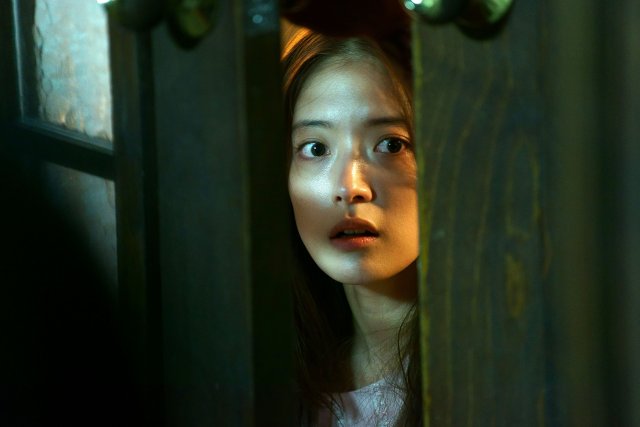 Yoo-mi (played by Lee Se-young) is a young adult who hails from the southwestern part of the Korean peninsula. She's never much cared for her hometown. Part of this is due to rustic rural squalor, but Yoo-mi also has deep issues relating to her mother, Eun-kyeong (played by Kim Bo-yoon), who died in mentally trying circumstances while Yoo-mi was still a teenager. So it gives Yoo-mi no pleasure to visit her mother's old friend Kyeong-seon (played by Park Ji-young) at "Hotel Lake" for a rather inconvenient errand.

While much of "Hotel Lake" involves contriving excuses for Yoo-mi as well as other characters to spend as much time at the titular spooky hotel as possible, the movie's themes are quite evasive. The characters do as much as they can to avoid facing their problems, or even acknowledging their existence. One character in particular that rather typifies this unsettling mindset is the hotel's maid Ye-rin (played by Park Hyo-joo), who struggles with alcoholism for reasons even she doesn't fully understand.

The horror movie elements are subtly integrated into this environment. After her freaky initial encounter on the road, you'd think Yoo-mi would have taken the hint and put more effort into leaving the hotel. The reason Yoo-mi doesn't do so is because she doesn't want to seem rude. Which is fairly ironic, since Yoo-mi spends most of the movie in a lousy mood snapping at other characters without provocation.

Yet for all that Yoo-mi still earns quite a bit of trust from Ji-yoo (played by Park So-yi), an adorable moppet who alternates a desire to play and just be a kid with a general fear of adults, most of whom try to gaslight her. From Yoo-mi's perspective, we start to feel pity for Ji-yoo, because they've had similarly traumatizing life experiences that have warped their sense of reality. This too, plays in well with the movie's horror theming. Yoo-mi is hesitant to tell anyone about her supernatural encounters in part because she's unsure whether they were real oir just imagined dreams. And besides, would anyone believe her?

The climax stumbles a bit, as director Yoon Eun-kyung is inevitably forced to give us an actual explanation for movie's unsettling events. Yet even there we get surprising warmth and tenderness, as the villain's tragic delusions take on less a feeling of pure evil and more one of long-deteriorating mental health. Which appropriately enough, is what Yoo-mi has really been more scared of all along- that like her mother, she would become detached from reality, senselessly abandoning all that she loved.

The dark subtext to this being that Yoo-mi's main means of avoiding that fate was to avoid loving anyone at all. All of this is compellingly frightening- just not in the way we tend to think of horror movies as being scary. This even as director Yoon Eun-kyung convincingly scatters suitably frightening setpieces amidst a dark brooding atmosphere. "Hotel Lake" is more gorgeous than it is scary, its apparent refinement an effective if perhaps too convincing mask for the deeper issues it explores.