[HanCinema's Film Review] "How to Use Guys with Secret Tips" 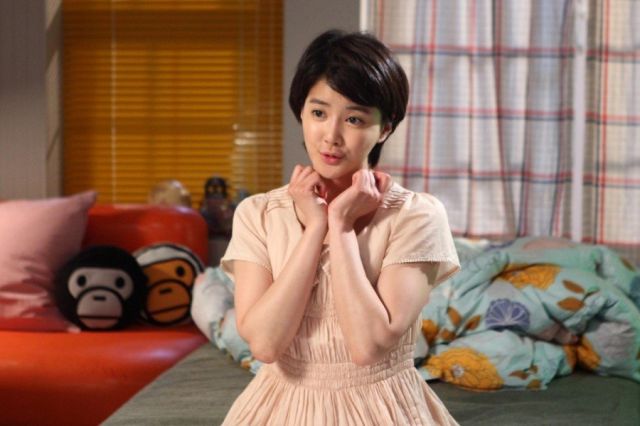 The minute this movie opens, the screen explodes with outrageous vintage colors and visual design. It was several minutes before I could fully process what was going on. The premise behind "How to Use Guys with Secret Tips" is pretty straightforward. The title sums up all you really need to know. But even though the concept is strong enough on its own, director Lee Wonsuk is determined lay out as much of the plot in as stylish and mind-bending a way as he can think of.

That's definitely the strong point of this movie, is that it just has so much fun with its vintage backdrop, that the cheery mood becomes infectious. The characters in the movie know exactly how dumb the idea of using guys with secret tips sounds. The videos are never really very convincing. There is nevertheless such an earnest passion behind it all that forces the viewer to take it seriously. Like many Korean movies, this one features Caucasian actors of dubious acting abilities. In this context, though, their poor acting actually improves the movie by helping to emphasize its kitschy style.

The jokes are fairly strong, too, even if they fall into a bit of the repetitive style of comedy. "How to Use Guys with Secret Tips" effectively taps into this kind of humor, though, by recognizing it's not the absurdity of the statement that makes these jokes matter. It's that we fully understand what's happening and why, even when it's obviously dumb. There's an excellent scene near the end where one character explicitly spells out, in a very good argument, why the tips are necessary. The logic behind these protestations is is ignored, though, as another character blithely replies by asking the same, dumb, irrelevant question repeatedly.

So, are the tips necessary? Unfortunately the movie isn't quite smart enough to answer this admittedly difficult question. The initial character conflict is presented in such a way that the tips are pretty much the only option the heroine has to get ahead, and the basic problem of her lousy work environment is never really addressed. It's certainly true-to-life, though, which makes the lack of a true resolution on this front forgivable.

Less acceptable are the convoluted knots the story ties itself into the longer the plot goes along. An actual villain appears, almost out of nowhere, just so we can get a satisfying finale. The impetus for the final destructive setpiece involves a subplot between two minor characters that references the tips, but has had almost no build-up at all. Which is a bit of a shame- a running parallel romantic sub-plot between these two speechless creatures would have had a lot of comedic potential.

"How to Use Guys with Secret Tips" is still quite funny and has excellent artistic design. The themes don't quite form into something whole, and the plot (usually when it's disconnected from the tips) tends to move in a rather awkward direction. Regardless, I definitely consider the positives to outweigh the negatives here. This movie is a good bit of creative fun, and there's even some decent advice buried in there. Just make sure to think about it before following the prescriptions blindly.

This review was written by William Schwartz as a part of HanCinema's PIFAN (Puchon International Fantastic Film Festival) coverage.

"How to Use Guys with Secret Tips" is directed by Lee Wonsuk and features Lee Si-young and Oh Jung-se.

"[HanCinema's Film Review] "How to Use Guys with Secret Tips""
by HanCinema is licensed under a Creative Commons Attribution-Share Alike 3.0 Unported License.