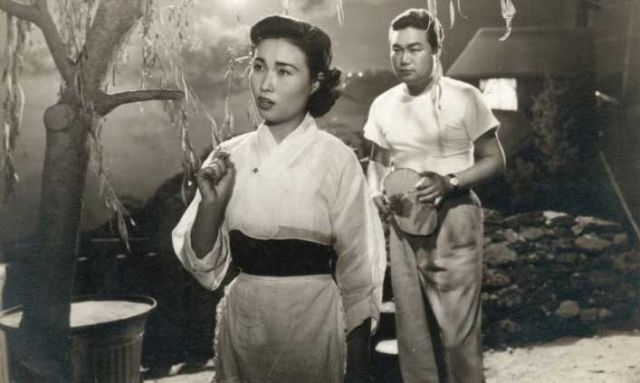 Having a body-swap movie in '50s Korea may seem as unlikely as the actual concept, but Han Hyeong-ho managed just that, although in a whole other fashion that is usually the case.

After one of many misplaced musical-style sequences, we are introduced to the two protagonists of the story: extremely poor, middle school teacher Myeong-ho and extremely rich, son of the president of a trading company (which is actually his "occupation") Boo-nam, both of which are visiting the same doctor, with problems with their stomach. However, their sicknesses are completely antithetical, since the former suffers from malnutrition and the latter from eating too much. The doctor suggests that their problems should be solved if they two switch (swap if you prefer) lives for two weeks, and thus a situational comedy begins that ends up with Boo-nam living in the shack Myeong-ho's family inhabits, and Myeong-ho in Boo-nam's estate, the bigger house in the area as the latter nonchalantly informs him. However, what neither of them expected was to fall in love with each other's sisters, poor Jeong-ok and spoiled and rich Mi-ja, who is already betrothed, however. 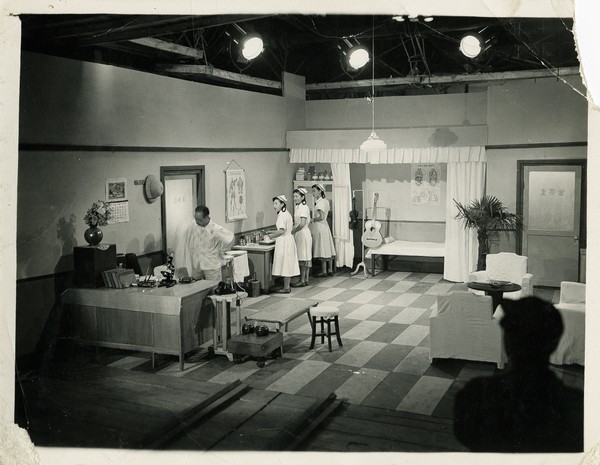 Han Myeong-mo directs a situational comedy, drawing much laughter from both Boo-nam's inability to do, well, anything and Myeong-ho's awe but also looking down on the lives of the rich. This aspect, along with the musical and the romance are responsible for the entertainment the film offers, and actually carry it from beginning to end. In that regard, the movie benefits the most by the acting, with both Hwang Hae as Myeong-ho and Yang Hun as Boo-nam giving excellent performances, which also benefit by their actual appearance. The way the romances progress are quite enjoyable to watch, and also benefit by the performances of Ji Hak-ja as Jeong-ok and Lee Bin-hwa as Mi-ja, whose metastrophe in the way they end up liking their new "guests" is one of the best parts of the narrative.

At the same time, however, Han has managed to include a number of sociopolitical comments in the movie, which elevate it above a simple musical/comedy. The most obvious one presents the differences between the rich and the poor, particularly regarding the way they eat, but also on a number of other aspects as the "obsession" of the latter with anything western, including cigarettes, music, and in essence, way of living. The ignorance Boo-nam shows about how society works is another comment ("why don't you have meat, it just costs as much as too packaged of imported cigarettes", he asks Jeong-ok) about the way the rich live. Furthermore, the concept of the patriarchy also comes to the fore as things get serious between the two couples, while the fact that Myeong-ho states that his father had been kidnapped and taken to North Korea, his brother was killed in action and that himself was wounded in battle, seems to imply that the poor were the ones who suffered the consequences of the war the most. Lastly, that educators were underpaid is also another comment regarding the way the economy of the time worked. These comments, however, are presented in subtle fashion, and the overall aesthetics of the movie remain flimsical, from beginning to end.

The film is not particularly well preserved, and therefore, commenting on the production values is somewhat difficult. However, Lee Seong-hwi's cinematography is quite good in the way it portrays the differences of the houses, while excellent work has been done in the costumes and the set design departments.

"Hyperbolae of Youth" exhibits a sense of retro, even for the '50s and is this element, along with the main concept and the comedy that carry the film and deem it a very enjoyable spectacle.