[HanCinema's Film Review] "I Miss You" 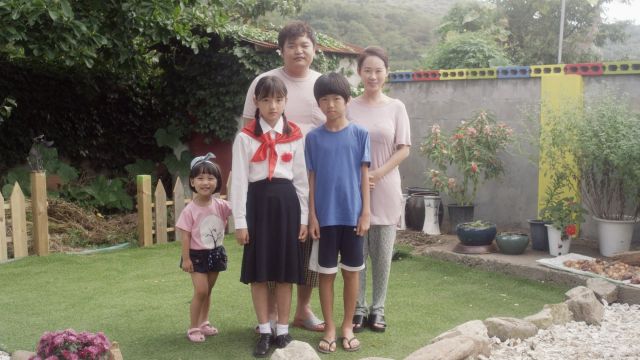 Funded by the South Korean Ministry of Unification, "I Miss You" is an omnibus feature that explores the emotional rift created by the arbitrary partition of the Korean peninsula into two halves. The presentation is emotionally striking and frequently sad, moving from past to present to future. There is always hope, and even if reconciliation seems impossible one day, bit by bit, working together, maybe dreams will come true.

The first segment, Love Letter by director Seo Eun-ah-I, deals with young soldier Won-seok (played by Kim Hee-chan) reading letters from his wife Ok-ja (played by Ye Soo-jung). This is no minor feat, as Ok-ja was an illiterate teenager when they last met face to face. Little does Won-seok realize that it has taken Ok-ja much longer to put her feelings to word than he initially assumed. The climax is heartbreaking- a powerful expression of timeless love.

The next segment, Hitchhiker by director Jero Yun, involves a North Korean drifter (played by Lee Tae-gyoo) who gets in trouble for really stupid reasons and grumpily starts demanding alcohol to soothe the pain. The thrust of the story is pretty transparent- we're all human, so why can't we act like it? Even as a happy ending of sorts is arrived at, there's still the definite sense that there's a long way to go...

...In the far-off year of 2020, where the final segment, Boys Meets Girl by director Jang Eun-youn takes place. Woo-yeong (played by Uhm Ji-sung) is a bratty South Korean boy whose family participates in a homestay for North Korean girl Ha-jin (played by Park Sa-rang), who has her own surreptitious motive for wanting to come to South Korea.

Boy Meets Girl is the main event of "I Miss You". By far the longest piece of the three, it also has the most complicated character arc. While Woo-yeong is initially quite uninterested in inconveniencing himself for the sake of some random girl, over time he develops a crush on her. Ha-jin is simultaneously Korean and not Korean. She represents an unknown aspect to Woo-yeong's own identity that is quite familiar for all the superficial differences.

And like any good love story, Boy Meets Girl redeems Woo-yeong by making his love an act of compassion rather than possession. Woo-yeong  wants to help Ha-jin because it's the right thing to do. This is the central theme that resonates throughout all of "I Miss You". As Gandhi said, there is no road to peace. Peace is the road, and the stories all excellently demonstrate that this is the true meaning of reunification.

That the South Korean government produced "I Miss You" genuinely surprises me, since official reunification policy for the last nine years has simply been to hope that the North Korean government will collapse on its own without any kind of positive proactive effort necessary on the part of South Koreans. "I Miss You" exposes this idea as misguided. While the notion of homestays in 2020 sounds utterly far-fetched, you know, maybe we're better off setting our hopes high rather than low.

"[HanCinema's Film Review] "I Miss You""
by HanCinema is licensed under a Creative Commons Attribution-Share Alike 3.0 Unported License.