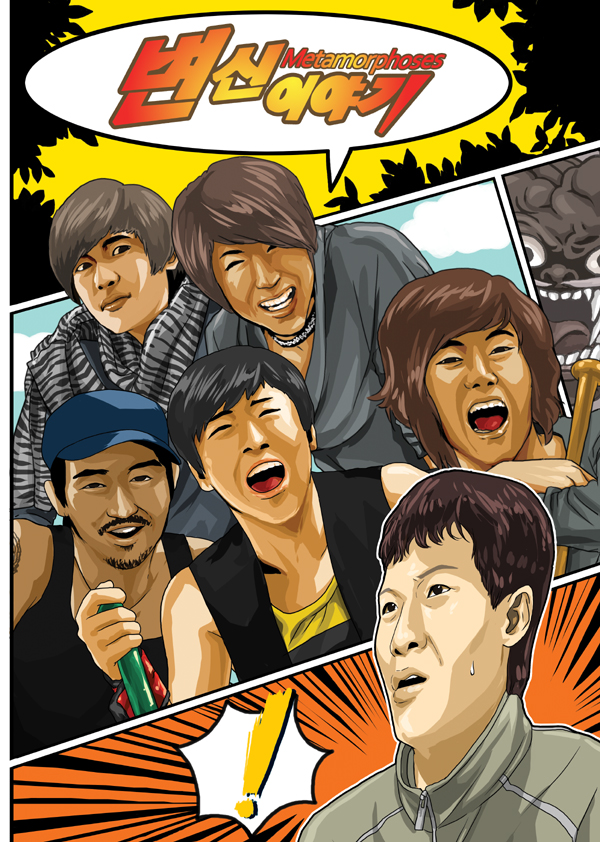 This week I sat down with the young Korean filmmaker Inchun Oh as we discussed his latest short film "Metamorphoses". Drawing on his own personal experiences and the inspiration gained from his favourite films; Inchun blends together a number of genres in the hopes of creating something new, fresh, and unpredictable.

Sung-gil Oh is a struggling comic artist who is in a creative slump, a writer's block that is preventing him from transcending into greatness. One day, while running in a park, Sung-gil finally manages to find the courage to approach a beautiful young girl who has caught his eye. But despite his pre-planned efforts his attempt at a introduction are ignored and he soon finds himself chasing her along the park's pathways. Discouraged and out of breath, Sung-il then meets a stranger asking him to throw a couple baseballs at him. Innocent enough you would think, but when the stranger asks for payment Sung-il is thrown aback and soon realises that he is now surround by a gang of violent youths intent on ensuring he suffers. After a frantic run through the trees and into a warehouse, an unlikely hero saves him from the pack of blood thirsty bullies. But when the girl he was chasing enters, out hero finds himself with a gift he didn't ask for and a memory he won't soon forget.

The film carries itself well and although Inchun admits that there was a lot that he was forced to leave out (due to time and budget constraints), it still manages to entertain and challenge some of the generic expectations one has towards the multitude of genres involved here. Emotions and the film's beats are swiftly altered throughout, but not enough to distort the plot or raise questions of causal relationships between events. It a dreamy journey that never lets go and always surprises.

One moment in particular struck me in this regard. When the stranger in the park turns from obsessively asking Sung-il to throw just one more baseball to raising his head to reveal dark intentions. Such a smirk and look of evil intent was given and it was at this moment you knew the course of the film had shifted. There are other moments in the film that achieve a similar effect; such was Inchun intention as the film carries his theme of transformation to all elements embedded in the film.

Enjoyment in the film will be equally divided. The laughs are there for sure, but many who take pleasure in unpleasurable will appreciate the action and violence that accents the whole piece. Subtle in places and overt and ultraviolent in others, the violence in the film is well crafted and the panic that ensues is graphic and all too affective.

Inchun plays the dream-maker as we follow him down the rabbit hole. Like Alice we are asked to explore a world in which our own subconscious fears and desires make themselves known. Where heroes are questionable and happy endings are muddy. It's a quirky and intriguing film that I found to get better each time I watched it.

"Metamorphoses" has been entered into a number of film competitions in Korea, China as well as in the US and as such it is not available online or anyway but within these competitions. However if you would like the chance to see Inchun Oh's film, feel free to contact him directly at inchunoh@gmail.com and a copy of his film can then be arranged.

The following are the International film festivals Oh's "Metamorphoses" has been screened this year. 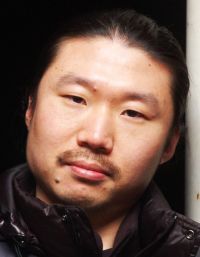 In-chun Oh (오인천, born August 30, 1980) is a Korean filmmaker and screenwriter. He entered Korea National University of Arts in 2007 as a filmmaking student. OH is very interested in horror, action, and thriller movies; and so his works come under these categories. While at school, he wrote and directed the co-operation project between Korea National University of Arts and Beijing Film Academy, which was filmed in Beijing. The title of this thriller film is "A Moment", it was a challenge because thrillers were not a popular genre to shoot throughout this co-operation project history (including short and feature films). The main character of "A Moment" was played by Dou Shawn, and he also played the main character in "Under the Hawthorn Tree" by Zhang Yimou. Oh discovered Dou Shawn among many other young actors back then for his movie. Now in 2011, his new film "Metamorphoses" is being screen around the world in a number of festivals as In-chun Oh hopes to advance his filmmaker carreer.