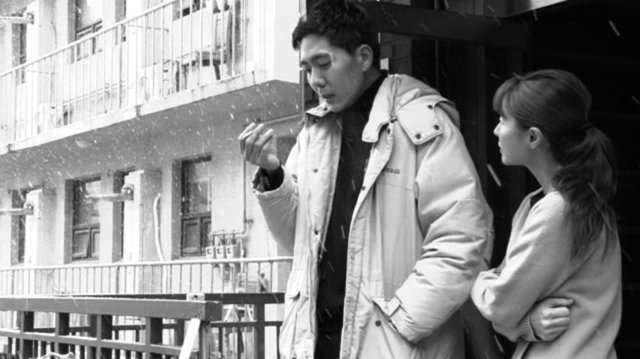 Hong Sang-soo's style has been the perfect fit for European film festivals for decades now, and "INTRODUCTION" continues the "trend", in a black-and-white movie that deals, once more, with the mundanity of "regular" human relations.

"INTRODUCTION" screened at the Berlinale

Yeong-ho is summoned by his father, an acupuncturist who seems to believe in the power of praying to God. Upon his arrival, however, he finds him busy, treating a famous theatre actor, and has to wait, with the middle-aged secretary who knew his since he was much younger, keeping him company, before she indulges in a behaviour that could be described as flirting.

Yeong-ho's girlfriend has moved to Berlin to become a fashion designer, and through her mother, she has found lodging with a beautiful painter (played by Kim Min-hee) who in a style of humor that is one of the Hong's trademarks, she is repeatedly referred to as being old. Eventually, Young-ho surprises her and visits, even suggesting that he would try to move there also.

On the third segment of the film, Young-ho goes to lunch with his mother, who wants to talk to him about his acting career, and has brought with her a friend, who happens to be the actor Young-ho's father was treating, but also rather drunk. Young-ho has also brought a friend with him, whose relationship is somewhat mysterious, while the actor's drunkenness eventually makes things uncomfortable for everyone. 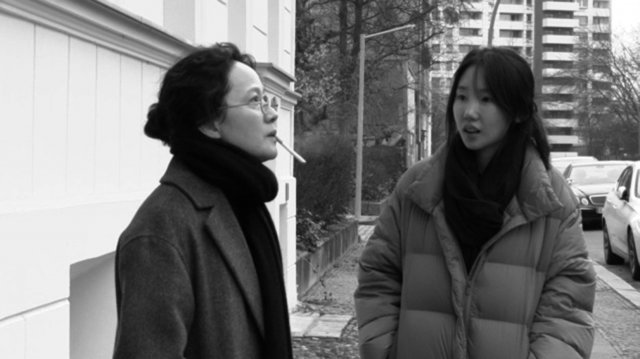 Finding out what Hong Sang-soo's films are about was always an almost futile task, and "INTRODUCTION" does not differ in that regard. The way parents want to shape their children and the way they react to this attitude seems to be a central topic, while the film also deals with how people change (or not) with age, the implications studies and in general the search for a profession can have for relationships, and as usually, how people get when they are drunk. This last aspect is among the most entertaining in the film, with Ki Joo-bong playing the old drunken fool with utter realism and gusto at the same time. The scene where the acupuncturist forgets about him and goes to pray and the pain the needles begin to cause is also funny, in ironic fashion.

The concept of what is acting, and the connection of love and cinema is also briefly touched upon, essentially connecting the various aspects of the narrative.

The rest of the film follows this episodic nature, which lingers between the ironic humor, the unrevealed nature of many relationships and the blurred timelines, although the fateful meeting in the beach puts things into perspective, at least time-line wise.

The approach Hong Sang-soo implements is also almost stage-like, even more so than usual, with the film focusing almost exclusively on the dialogues between the characters, while featuring almost no action. The cast, however, seems to thrive under this approach, with particularly Shin Suk-ho as Yeong-ho giving a great performance, highlighting both his cool and his sensitive side with equal artistry.

Hong Sang-soo handled both the cinematography and the editing of the movie (along with the music) with the result being a characteristic black and white spectacle, occasionally featuring his trademark sudden zoom-ins (although not so frequently here) and a leisure pace that seems to fit the narrative, although the sudden, and somewhat confusing, flash forwards are also present.

"INTRODUCTION" continues the legacy of Hong Sang-soo, in his usual style everyone seems to enjoy, particularly when the duration is measured.