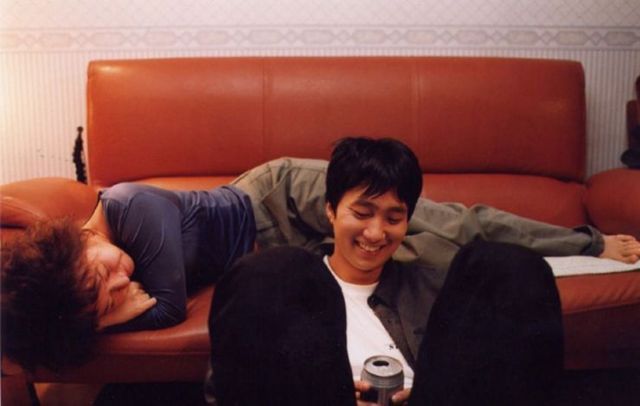 The Korean art-house scene is influenced to a very high degree by Hong Sang-soo, through a number of mentorships and efforts to "copy" his style. Park Chan-ok debut feature, which falls under the first category, is one of the most successful efforts, as it netted her awards from a number of domestic and international festivals, including Tokyo, Rotterdam and Busan, with the success extending to the protagonist, Park Hae-il.

The script revolves around Lee Won-sang, a heartbroken graduate student who, for reasons unknown, even to himself, ends up having a job as a writer for a literature magazine run by the married editor, Han Yoon-sik, who recently "stole" his girlfriend. Her continuous protests do not seem to faze him, and soon finds himself even more attached to his "rival", even functioning as his personal assistant. Eventually, he is introduced to chain-smoking photographer/part time vet Park Seong-yeon, and almost immediately falls for her, while she also seems to take interest to him. However, history seems to repeat itself and Won-sang finds himself in an emotional and professional crossroad that could change his whole life. At the same time, Ahn Hye-ok, the daughter of his landlord, seems to be very fond him, with her case presenting an alternative, an easy way out. 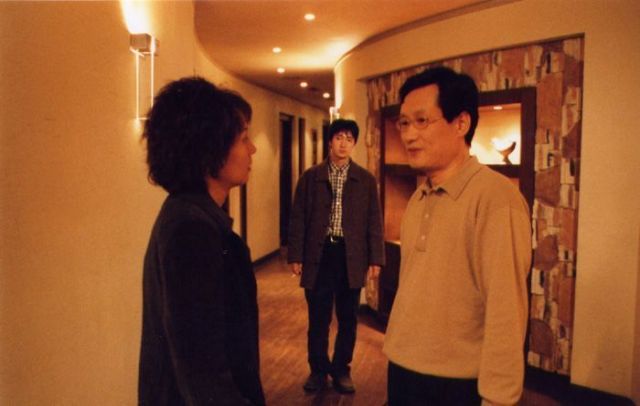 Hong Sang-soo's influence is visible through the repeated scenes of drunkenness, occasionally leading to sex, the lengthy talking scenes, the complexity of the relationships, and the somewhat extreme behaviour of the protagonists, in humorous fashion (the scene where Park and Lee meet is a distinct sample). However, Park Chan-ok very much forges her own style with this one, through a much "easier", for her audience, approach to the story.

This aspect benefits the most by the characters, which are quite easy to identify with, at least for the most part. Han Yoon-sik is the archetype of the womanizer, the alpha male who can get any woman he wants while being quite successful in his job. Moon Sung-geun does an excellent job in the part, both as a man with passions and as a mentor.

Lee Won-sang is the young man who knows what he wants, but he is still not matured enough to know how to get it, while his jealousy and the overall relationship with Park Seong-yeon, touches the borders of the tragicomic, particularly due to his inability to understand her. Park Hae-il is impressive in the role, with Park Chan-ok anchoring the film upon him and him delivering to the fullest. 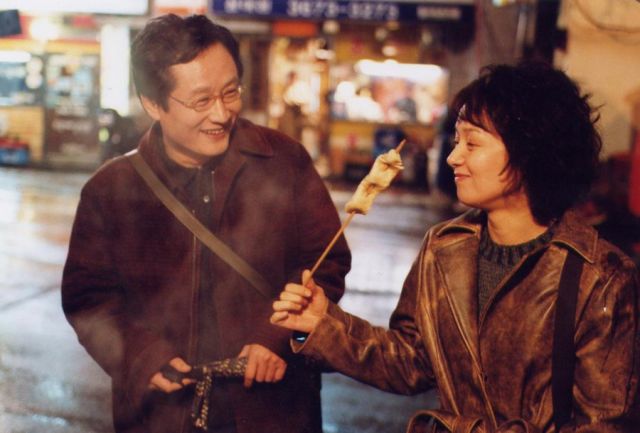 Park Seong-yeon presents another archetype, that of the drifter, who is in constant need of someone to take care of her, although she is strong and independent. Her behaviour mirrors that of a cat, which only "allows" people to take care of her when she wishes to, without having any strings attached. The way her relationship with both men ends up though, shows that this tactic cannot always work, at least in long term. Furthermore, the "availability" she shows makes her function as an apple of discord, although just in the mind of Lee Won-sang. Bae Jon-ok is quite convincing in all aspects of her persona.

Lastly, Ahn Hye-ok presents the lowest level of the "Food Chain" of relationships, with her willing to go to any extremes to get the man she wants, despite the fact that, in essence, her role in life is that of the "alternative". Seo Young-hee in the role has a smaller, but equally convincing part. 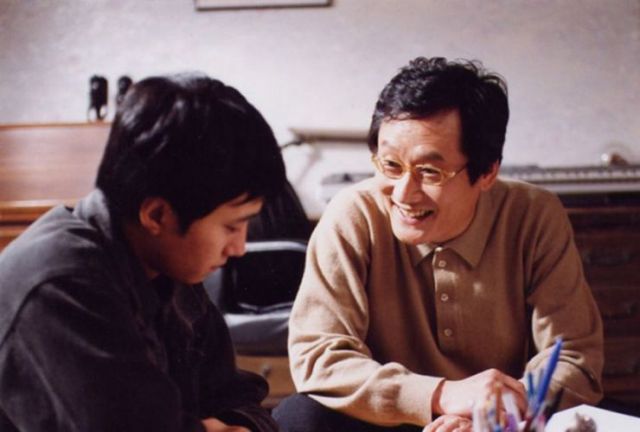 Lee Won-sang's behaviour is quite strange, and could easily be described as self-destructive. However, his overall reactions could be perceived as a metaphor for his whole generation, who found themselves in an era with many opportunities, but without much guidance about how to choose what they want to do. This explanation actually justifies his decision of choosing the mentor instead of love, since that is what he needs more in his life.

Park Yong-soo-I's cinematography focuses on realism in the depiction of the various setting, while his camera records the protagonists usually from a rather close distance, which suits the aesthetics of the film quite nicely and adds to the entertainment it provides. Kwon Ki-sook's editing follows the same, realistic path, although with a pace somewhat faster than is usually the case in art-house films, which is what makes the 124 minutes of the movie feel much less.

"Jealousy Is My Middle Name" is a great art-house film that adopts some of Hong Sang-soo elements but actually evolves them to something different, but of equal quality

"[Hancinema's Film Review] "Jealousy Is My Middle Name""
by HanCinema is licensed under a Creative Commons Attribution-Share Alike 3.0 Unported License.