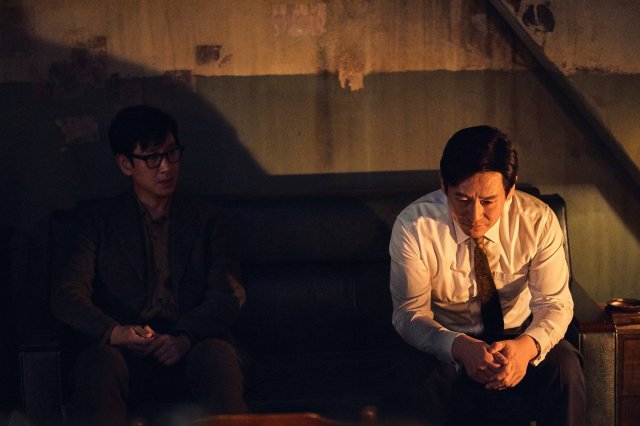 Winner for Best Director, Best Actor (Sol Kyung-gu) and Best Supporting actor (Jo Woo-jin) at the 58th Baeksang Arts Awards, "Kingmaker" follows on the footsteps of "Man Standing Next" through a script based on anecdotal accounts of the working relationship between Kim Dae-jung and his political strategist Uhm Chang-rok during his political career.

The story takes place mostly during the dictatorship of Korea's third president Park Chung-hee (1963-1979) and begins with Kim Woon-beom being a backwater labor activist, at least until he meets Seo Chang-dae, whose "shadow tactics" soon result in the former winning the local elections. From the beginning, the differences of the two men, who occasionally even split the group around them, are quite evident. Kim is an idealist, trying to make a change by being sincere and doing good deeds, while Seo is willing to do anything to win, with his Machiavelian tactics finding the perfect field in the negative campaign he implements to help his "boss". Although despicable, and frequently the point of friction between the two men, the latter's tactics even led the former to run for Presidential nominee of the opposition New Democratic party. 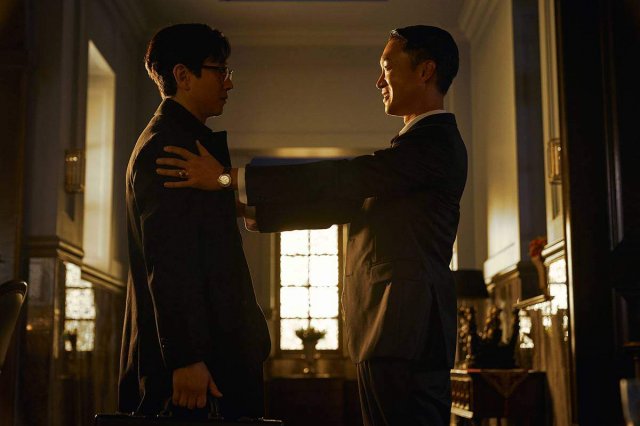 As such, the film unfolds in these two intermingling axes: The story of Kim Woon-beom's rise and the role Seo played in it, and the differences of the two men. Byun Sung-Hyun makes the most of both, taking full advantage of his big budget and the charisma of his two protagonists. Regarding the first part, the story is told in a somewhat cliched, but also captivating and entertaining way, with Byun focusing on key events and periods, which are connected through flashforwards. The depiction of what was happening both in front and behind "the cameras" is quite intriguing here, with the presentation of the era and the political events that shaped the country at the time, being ideal, also due to the impressive cinematography by Joe Hyung-rae. The inclusion of footage that appears real, in news-strip, black-and-white fashion emerges as a great " trick ", with the whole approach benefitting the most by Kim Sang-beom's excellent editing.

Parallel to the story, the lives of the two men, and on a secondary level, of a number of their collaborators and opponents are also presented. Regarding this approach, what emerges as rather entertaining is how the Ruling Party implemented despicable tactics, but found their match from an unknown man in the opposition, who was always willing to get his hands dirty in order for Kim to proceed. His differences with his leader, as much as the question of how much Kim knew about his actions and how much he agreed with them, emerges as another rather intriguing aspect of the narrative, which finds its apogee in the discussions of the two men, as much as the almost constant friction between Seo and the rest of Kim's group. Their antithesis is palpable, and also presents the main question of the film, of whether the end justifies the means, even more so when the end is actually the fall of dictatorship. 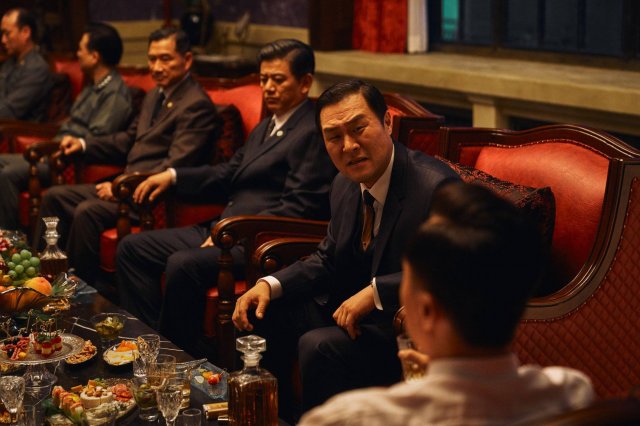 The aforementioned aspects benefit the most by the excellent acting, with Sol Kyung-gu as Park and Lee Sun-kyun as Seo giving impressive antithetical performances, which manage to highlight both their acting prowess and the charisma of the people they depict. Their monologues, in political or group speeches, and their one-on-ones, are where the movie finds its apogee.

On the other hand, the movie does become somewhat repetitive after a fashion, as the same thing happens again and again, while Seo's metastrophe and the ending could have been handled a lot better, as it becomes evident that both were rushed, perhaps due to the duration moving beyond the 120 minutes.

As such, "Kingmaker" emerges as a very interesting and entertaining film, but also one that is definitely on a lower level than "Man Standing Next"