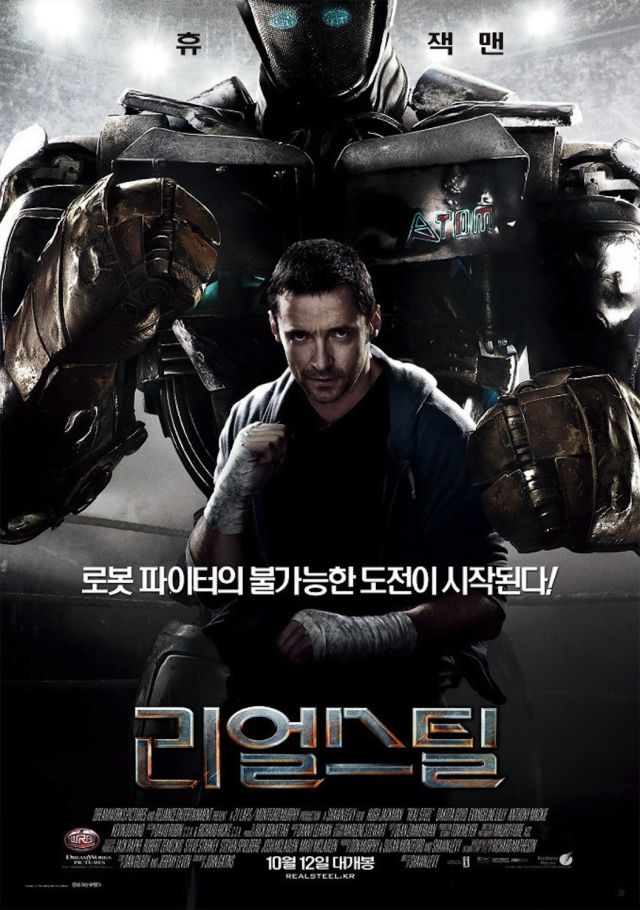 As the dust of public criticism settles, spurred on by "Silenced", the foreign film "Reel Steel" now sits on top. With 590,043 admissions, Shawn Levy's "Reel Steel" captures the top spot away from the local flicks in its second week at the theatres. The film stars Hugh Jackman, Evangeline Lilly, and Dakota Goyo. It's not another Ironman film, but its likeness is enough to beg the question and score some curious moviegoers' interest.

"The Client" has been a steady performer, adding 282,910 to its total of just over 2 million. The flashy "The Three Musketeers" is another foreign film on the rise as it jumps four places with 258,299 to settle at three. The much talked about "Silenced" has 235,977 and a total of 4,331,176. That's as high as she'll go for now, but as the film's numbers shrink the effects of its portrayal of abuse will no doubt linger.

"Punch" is a new Korean drama by Lee Han who previous directed "My Love" and "Almost Love". It's the latest Korea film to be adapted from a popular Korean novel, this time by writer Kim Yeo-ryung. This coming-of-age film earned just 56,116, but keep an eye on it as that number will surely swell. Another new entry can be found at number six. Attracting 45,687 moviegoers, Song Il-gon's "Always" has joined the race off the back of its BIFF 2011 screening. "Fighting Spirit" falls from three to this week's number seven; the film now sits just under 200,000 admissions.

"HIT" is an action-comedy drama by Lee Seong-han, promising to be an over-the-top hit for those who like their cinema light and fluffy. Meanwhile, "Arrow, The Ultimate Weapon" is slowly bowing out after having maxed out its effort with a total of 7,430,360. Korea's number one film of the year will take some beating to topple the action flick's impressive earnings. Lastly, "Countdown" takes its place at ten with 10,324 admissions. With eight of this week's top films being Korean, the chart has become a cold place for foreign entries.

"[HanCinema's Film Review] Korean Weekend Box Office 2011.10.14 ~ 2011.10.16"
by HanCinema is licensed under a Creative Commons Attribution-Share Alike 3.0 Unported License.
Based on a work from this source