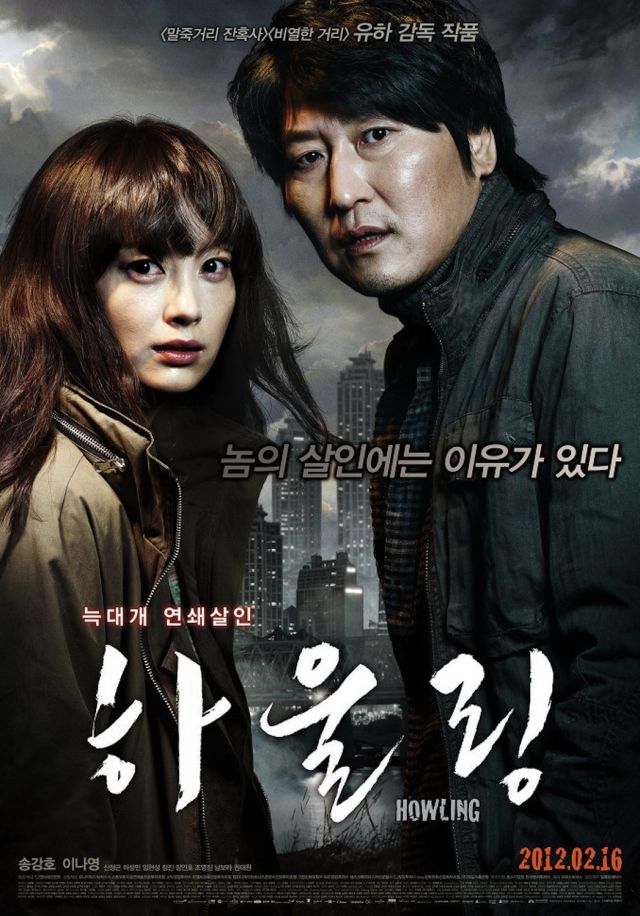 Yoo Ha's new movie "Howling" was released last Thursday and managed to be the top film of this past weekend with 530,774 admissions. In its opening weekend it had to compete with "Dancing Queen" and "Nameless Gangster", but Yoo Ha's latest edged out these popular offerings with the help of veteran actor Song Kang-ho and his co-star Lee Na-young. The two play detectives as they attempt to puzzle out the mystery behind a series of murders involving human combustion.

"Nameless Gangster" is still up at the top with 499,713. Yoon Jong-bin's crime drama now sits with a total of 3,395,022 admissions, positioning it just behind this week's number three "Dancing Queen" as the second highest grossing Korean film of 2012. "Dancing Queen" has been a huge success in cinemas and stars Hwang Jung-min and Uhm Jung-hwa. "Legends of Valhalla: Thor" follows these three big Korean blockbusters with 154,545 admissions to claim fourth.

Liam Neeson stars in the new film "The Grey" which earned 152,243 admissions in its opening weekend in Korea. After surviving a plane crash in Alaska, an oil drilling crew must contend with a pack of wolves that is on their trail. "Unbowed" has drifted down the chart somewhat and settled six. "Unbowed" has been a surprise hit with the Korean public and since its release late last month it has accumulated 3,321,628 admissions. "Speckles: The Tarbosaurus" is still around and is still unable to break the million admissions mark.

At the bottom now and Hollywood actor Nicolas Cage graces the screens again with "Ghost Rider: Spirit of Vengeance". This is the second film in the popular comic book series "Ghost Rider". James Watkin's horror/thriller "The Woman in Black" is at nine and stars Daniel Radcliffer, Janet McTeer and Ciaran Hinds. And at number ten we find "Papa - Moive" down four places and fighting for position with 24,351 and a total of just of half-a-million admissions. A shame but with such big Korean film's making waves, the competition has been tough.