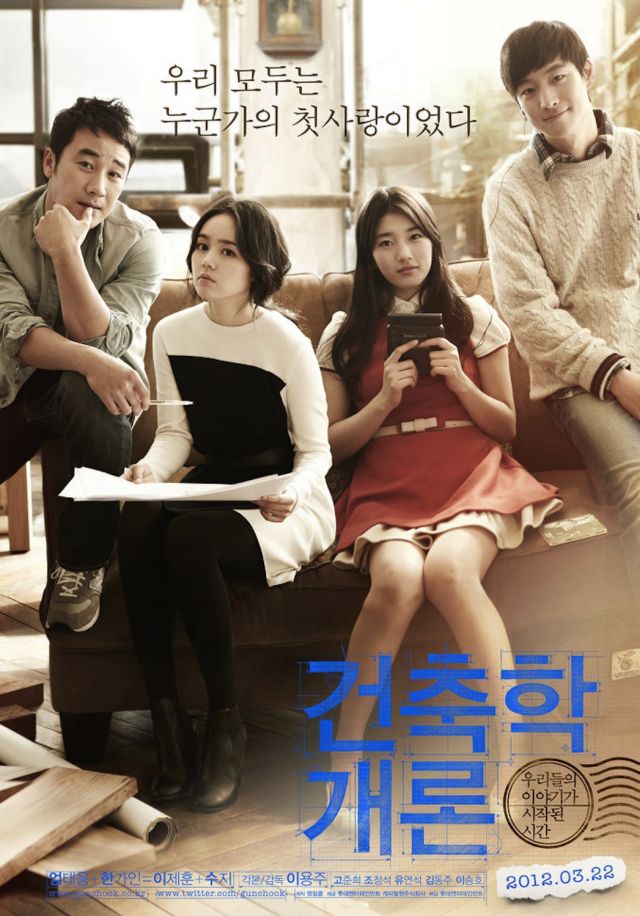 The month of March is almost at an end but Lee Yong-joo-I's "Architecture 101" is just getting started. This romantic melodrama has sored to the top of the charts in its second weekend, claiming that position with 565,020 admissions and 34.2% of the ticket sales. The film stars Uhm Tae-woong, Han Ga-in, Lee Je-hoon, and the Korean pop singer Suzy. The film now has a total of 716,681 admissions and slides into number seven of the highest grossing Korean films of 2012.

Foreign films largely dominated the box office figures this past weekend, with Olivier Nakache and Eric Toledano's "Untouchable" leading the way on that front with 393 907. Byeon Yeong-joo's "Helpless" is at three with 324 712, bringing its total to 2 124 045 admissions. "Helpless" has enjoyed two full weeks at the top but now bows out with the raise of but Lee Yong-joo-I latest and the rampant Hollywood entries making their presence known. Disney's "John Carter" follows with 82,464.

"Chronicle" is down from second to fifth, its admissions count dropping from 205,425 to 63,475. "Chronicle" has been plagued by a string of average reviews and its mediocre performance is being felt here in Korea. Next is the spy comedy "This Means War" with 49,381, up one from last weekend. Jang Yoon-hyeon's "Gabi" has not been able to make any more ground since its release on the 15th, sliding three places to settle at seven. "Gabi" has since only managed to attracted 253,711 viewers thus far.

The rest is all foreign entries, starting with Baltasar Kormakur's "Contraband" starring Mark Wahlberg, Giovanni Ribisi, and Kate Beckinsale. "Contraband" has 30 455 to its name and is followed by one for the kids "Space Dogs 3D" with 22 813. Finally, the top ten is rounded out by Michael Sucsy's romantic comedy "The Vow", which is down five places and currently sits on 227,764 admissions.