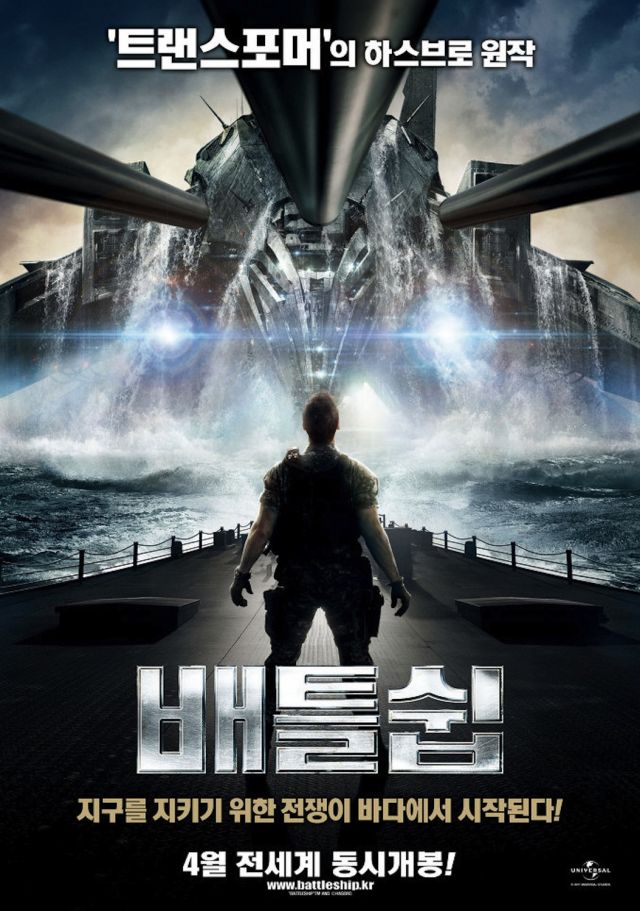 Lee Yong-joo-I's "Architecture 101" is denied its forth-straight week as the number one film in Korea, due to the Hollywood blockbuster "Battleship" hitting Korean cinemas. Peter Berg's sci-fi action flick captured 41.80% of the ticket sales and cost an estimated $200 million to produce. The 674 457 admissions it received was more than double that of "Architecture 101" or Kim Hyeong-jun's "The Scent", which took in 254,502 and 242,691 admissions respectfully.

Korean audiences were unimpressed by "The Hunger Games" and that allowed "Architecture 101" to ride out the storm that was expected to accompany its release. However, "Battleship" simply blew it out of the water this past weekend and Kim Hyeong-jun's "The Scent" was only about 13,000 admissions behind it in third. "The Scent" came into the charts last week at ten, but has leaped up to the upper ranks with 15.60% of ticket sales. The French film "The Intouchables" has remained in the top five now for a month, adding 84,506 to its total of 1,502,380. That places it as the tenth highest grossing film released in Korea for the 2012, just behind "Howling" which sits on 1,591,268.

The record breaking "The Hunger Games" has not dazzled the crowds here in Korea. It came into the charts on the 5th April, but has since only managed to secure 504,858 admissions during that time. Wu Seon-ho's "Over my Dead Body" is down two places, earning its place at number six with 67,290 admissions (Hancinema's review of Wu Seon-ho's debut film can be viewed here). "Titanic" in 3D slipped one place, attracting 56,130 viewers who wished to relive the magic and tragedy of this cinematic retelling.

"Titanic" isn't the only film being revamped for the 3D-crazed, Disney has moved on to "Beauty and the Beast" and added a third dimension to this classic animation. "Beauty and the Beast" claimed 44,653 admissions and was followed by the Korean omnibus film "Doomsday Book" by Kim Jee-woon and Yim Pil-sung. The film is comprised of three stories involving a self-aware robot, a boy zombie, and the story of a woman trying to survive after witnessing the earth's destruction. "Wrath of the Titans" is at ten, down five places with 10,113 admissions.