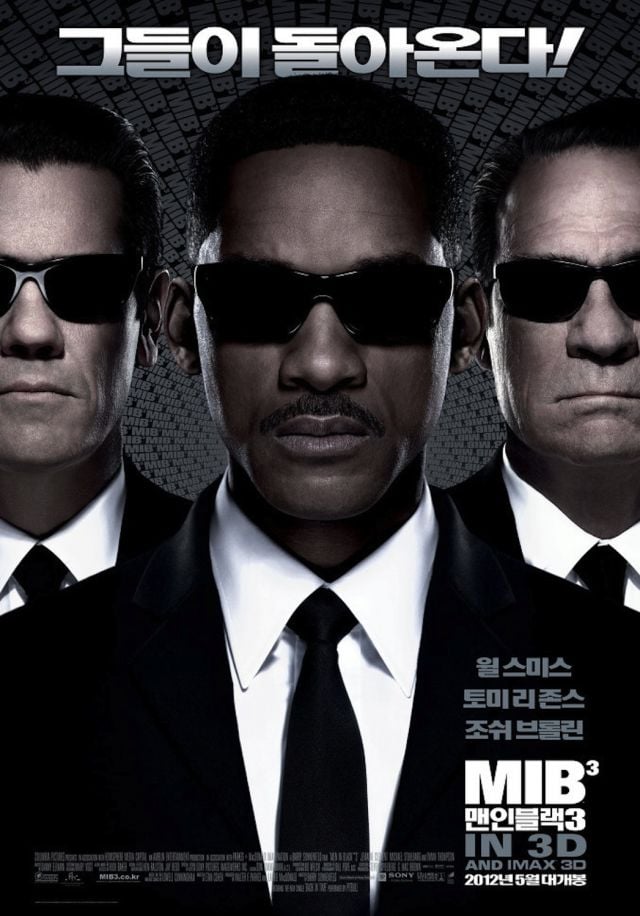 "Men in Black III" still tops the charts but had three local flicks biting at its heels, making this past weekend a close race for the top spot. The sci-fi comedy is the third film in the series and sees the return of the popular duo of Will Smith and Tommy Lee Jones, with Josh Brolin stepping in to share the limelight. The film added 533,134 to its admission count, putting it on 2,454,900 in just two weeks.

Min Gyoo-dong's comedy drama "Everything about my Wife" remains at number two and has narrowed the gap on the Mr. Smith's latest effort. Shin Terra's "Runway Cop" follows suit with 334,120 as it makes it entry into the charts. This comedy stars Kang Ji-hwan, Sung Yu-ri and Lee Soo-hyuk as an oddball detective takes up the guise of a model to catch the bad guys. At four is another new Korean entry; Kim Tae-kyung brings us the first horror of the summer with "Don't Click", a film that has been getting mixed reviews from critics ahead of its opening weekend.

Rupert Sander's "Snow White and the Huntsman" climbs up one place with 261,366 admissions to its name. That's followed by Marvel's "The Avengers" which seems to have almost run its course here in Korea. "The Avengers" is the highest grossing film released in Korea this year, amassing 6,996,882 admissions thus far. "The Taste of Money" occupies the number seven spot, which is three places down from last weekend's four.

Another "Madagascar" seems to have been made; this time the hilarity takes place in Europe. Animations are generally well received in Korea, but "Madagascar 3: Europe's Most Wanted" only managed to come into the game with 39,712. That number, and the film's position, might well inflate, as Wednesday is a public holiday here in Korea so the kids might have more to say on what the top films will be. At nine is Moon Hyeon-seong's "As One" with just 19,613, followed by the Japanese animation "Inazuma Eleven Go The Movie" with 10,843.