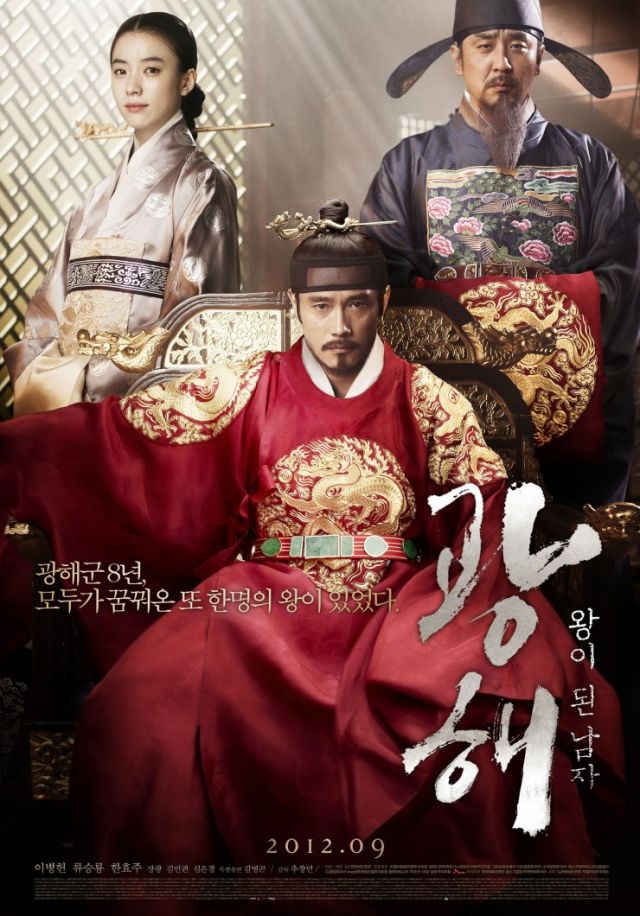 This past weekend saw a number of new entries make a stand but none where able to dismount Choo Chang-min's "Masquerade" as the choice film for the fifth weekend running. "Masquerade" has amassed nearly 10 million admissions, 683,903 of which came from this past weekend alone. Lim Sang-yoon's film "A Company Man" almost broke that streak as it entered the chart in second place with 468,316 admissions of its own.

"A Company Man" is an action drama starring the popular So Ji-sub, Lee Mi-yeon and Kwak Do-won. So Ji-sub plays a contract killer who decides to leave his company in pursuit of love, of course that doesn't go down well with his employer and colleagues as they seek to set him right. The film claimed just under half-a-million admissions and was followed by the foreign action film "Looper" staring Joseph Gordon-Levitt, Bruce Willis and Emily Blunt. At number four is Sin Jeong-won's "Ghost Sweepers" which fell just the one place as it concluded its weekend run with 112,637 admissions and a lot more competition to contend with.

"Dangerous Liaisons" is the other new Korean entry from Heo Jon-ho, the same director who brought you such great melodrama's such as "April Snow" and Christmas in August". In "Dangerous Liaisons" Tupenwi (Zhang Ziyi) is a powerful business woman who is in hot pursuit of the desirable playboy Seipan (Jang Dong-gun), as the two play a dangerous game around each other's love and desires. The number six spot was held by the animation film "Brave" and its weekend haul of 90,117 brought its total ticket count over the million admissions mark. "Taken 2" followed with 58,391 as it held down number seven and it too was forced further down the list than it would prefer.

Only a couple more weeks to go before Halloween and the first themed film to hit the Korea peninsula is Tim Burton's "Frankenweenie". The film made over $11,000,000 in the US in its opening weekend and has arrived in Korea with the hopes that Korean audiences (both young and old) will rush to enjoy this holiday season spectacle. Woo Min-ho's "Spy" continues its decent on the chart, wimpishly adding only 12,311 to its new total of 1,302,020. Finally this past weekend's top ten film was rounded out by the much loved adult comedy "Ted" which only just cracked the 250,000 admissions in Korea.