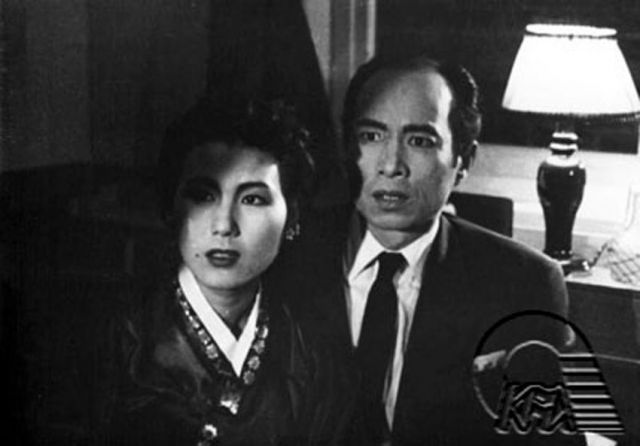 Based on the homonymous novel that was serialized in a Seoul newspaper, "Madame Freedom" became extremely popular upon its release in 1956, while it continues to be the object of study by film historians until this day.

Oh Seon-yeong lives with her husband, Professor Jang Tae-yoon and their young son, while Sin Choon-ho, a university student, lives next door, frequently playing loud music, annoying the professor. Tae-yoon's line of work is respectable, but does not earn him much money, and therefore, eventually and reluctantly, he agrees for his wife to take a job at a shop called "Paris", which sells Western cosmetics and accessories. Seon-yeong is introduced to the work by a female friend, who also invites her to into a club for financially self-sustaining wives, where dance parties are frequently organized, with the sole rule of the members being not to invite their husbands. The allure of the West becomes quite difficult for Seon-yeong to resist, and the same happens to the flirt she receives from both her husband's boss and from Choon-ho, with whom she spends much time, both in his house learning how to dance and in dance halls, where she experiences mambo for the first time. At the same time, her husband is also flirting with a pretty woman in a class he teaches for secretaries, with the combining shenanigans of the couple taking a rather significant toll to their son. Lastly, Seon-yeong's friend gets in business with a shady character.

Han Hyeong-mo directs a film whose base is the melodrama, particularly through the fate the women in the story face, but he has also induced it with a number of elements that focus on mainstream entertainment, a tactic that explains, to a point, the popularity of the film. The flirting, the dancing, the crime, and the overall Western elements definitely move towards this direction, in a time when an underground craze about western style dancing was sweeping Seoul. This aspect is what presents the most memorable scene in the movie, of the Korean dancer doing the mambo in the most sensual fashion in the club Seon-yeong visits, with the admiration she draws from both men and women watching her being as palpable as the fact that she enjoys the attention. 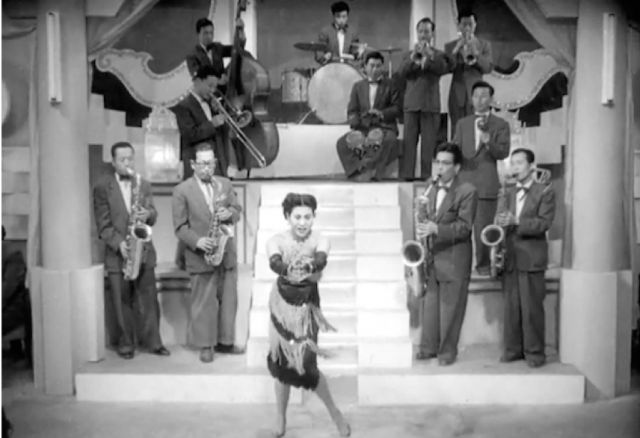 On the other hand, the rather pointy, almost didactic comment about women in Korean society is also quite evident. As soon as Seon-yeong leaves the house, she embarks on a trip towards promiscuity, flirting with men and neglecting her husband, her son and her house in general. The comment is so driven, that Han Hyeong-mo even seems to suggest that even her husband's flirting is instigated by her behaviour, although the secretary that becomes the object of his admiration is also "judged" like Seon-yeong. Furthermore, Seon-yeong's friend, who has been indulging in all this "decaying westernization" even before her friend, and even has the audacity to go into a proper business endeavor, finds herself swindled and ends up in with an even worse fate. This punishment by fate the women in the film experience is also the main source of melodrama in the narrative, with the genre's trademark unlikely occurrences being present in all their glory. In that regard, it becomes obvious rather early in the film, that the title is highly ironic.

Technically, "Madame Freedom" is exceptional. The combination of Lee Seong-hwi's cinematography and Han Hyeong-mo's direction results in a number of quite artful sequences, boasting both their framing and their underlying context. The latter's own editing allows the film to move in a relatively fast tempo, while the succession of the scenes taking place in many different setting forbids the interest from wavering even for a moment. 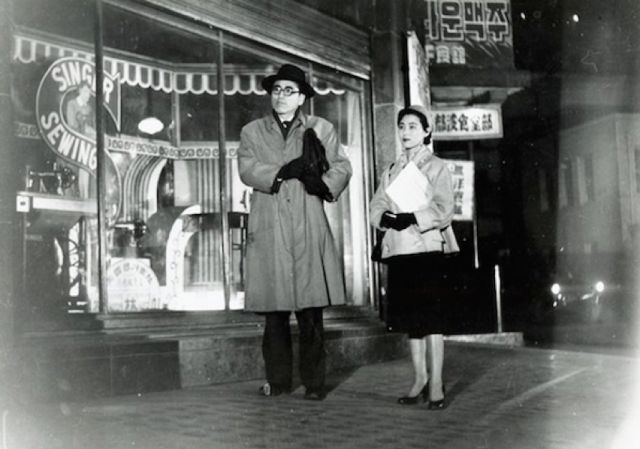 The acting is also on a very high level. Kim Jeong-rim as Oh Seon-yeong gives a great performance in the archetypical role of "I want to, but I shouldn't", with her presenting both parts exceptionally. Lee Min as Choon-ho is also quite convincing in another archetypical role, that of the jeune-premier and the apple of discord.

"Madame Freedom", despite its highly didactic tone, intense melodrama, and infuriating messages (at least for the viewer of today), is a very entertaining and well-shot film, which truly deserved the title "classic".