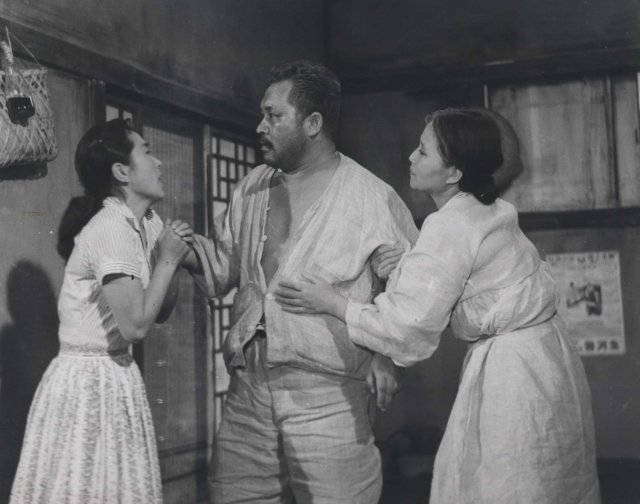 Family dramas that do not succumb to forced sentimentalism are actually a rarity in Korean cinema, to the point that the ones that don't, immediately stand out from the plethora in the category. "Mr. Park" does not avoid it completely, but for the most part, its approach comes pretty close to the comical, a tactic that definitely benefits the film.

The titular character is a charcoal pit repairman and father to three children, daughters Yong-soon and Myeong-soon, and son  Yong-beom, who is the apple of his eye. Mr. Park is ignorant, stubborn and highly conservative, and is particularly cautious of his two daughters and the relationships they have with men. When his son returns home, however, the girls find an ally, and proceed on trying to persuade their father to let them do what they want with their life. Mr. Park however, dislikes Yong-soon's Ju-sik, who is quite rich, and absolutely detests Yong-soon's Jae-cheon, who used to be a member of a gang, despite the fact that the young man is trying to change his ways. On the other hand, he has the greatest opinion for his son's relationship with Jeom-rye, a co-worker in the factory he works, and immediately agrees to their marriage. Gradually, he begins warming up to their daughter's choices, although the path to acceptance proves quite difficult. Even when things truly go better, though, Mr. Park's harsh realization of his shortcomings and a professional decision by his son, prove the greatest test. 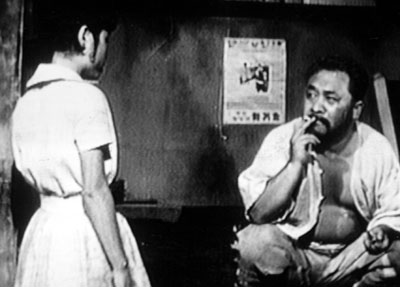 Mr. Park seems to symbolize the then male part of the Korean society, whose characteristics, at least partly, still apply today. In that fashion, he is decent, hard-working and cares deeply for his family but at the same time he is strictly patriarchic, conservative, stubborn, controlling, and frequently drunk. His faults cause many issues for his family and particularly his daughters, who try to tiptoe around his temper with the help of their brother, which could be perceived as a comment regarding the way the previous generation caused problems for the new one, and the way the latter tried to overcome them.

The comments however, do not stop there. In the 138 minutes of the movie, Kang Dae-jin also deals with corporate practices, the relationship between men and women, the differences between the westernized ways of the rich and the traditional of the poor, gossip and its consequences, and the way patience and understanding can help in overcoming a number of different issues.

The narrative incorporates an episodic form to present all the aforementioned comments, although the focus is definitely the titular character, with Kim Seung-ho-I giving an excellent performance that has him presenting a number of situations and psychological statuses. Either as drunk and angry or mellow and understanding or sad, his rendition is excellent, anchoring the film in the best way and being the main source of the entertainment, along with a number of episodes. In the second regard, Jae-cheon's quite dramatic dealing with his gang, the numerous times Mr. Park is drunk, and his two meetings with bourgeois ladies are the ones that stand out, with the latter providing some of the most dramatic elements of the film, which actually touches the borders of the melodrama during those and the finale. 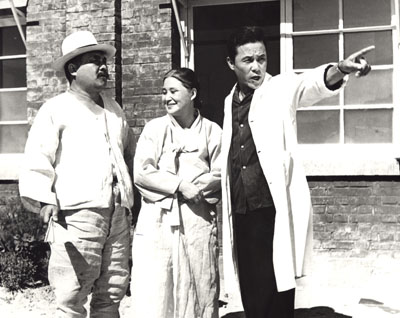 Lee Mun-baek's cinematography does not do anything special, but manages to portray all the settings and the events that take place with realism, allowing the viewer to focus on the action. Excellent job has been done in the production design by Won Je-rae, with him highlighting the many different settings (café, the house, office etc) in the best fashion. Kim Hee-su's editing allows the episodes to flow smoothly through an average pace, although the film definitely needed some trimming, both regarding the number of scenes and their length.

"Mr. Park" is overlong, but it is quite entertaining and its many comments well presented, and thus a very enjoyable movie