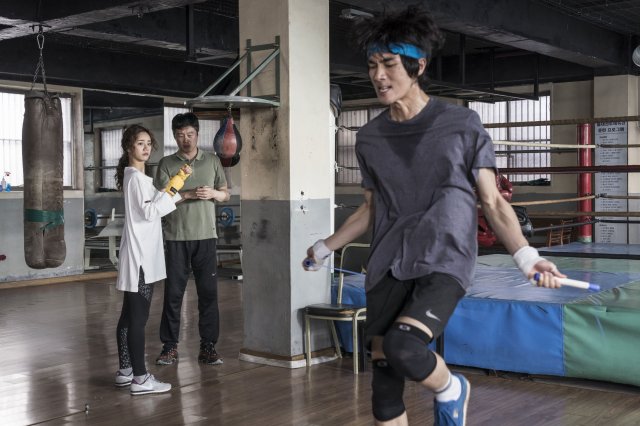 Combining the sound of janggu (a Korean traditional hourglass-shaped double-headed drum) with pansori narration and music in a film that revolves around a boxing was a brave as much as an original effort by Jeong Hyeok-ki, since the latter seems to have very little to do with the first two elements. The result is a bit uneven, but interesting whatsoever.

Byeong-goo was once a promising professional boxer, who tried to compete in the ring by having a friend of his, Ji-yeon, play the janggu while he was fighting, an effort that had them practicing for hours in every location they could. As Byeong-goo wanted to become a top boxer, so did Ji-yeon wanted to become a top musician, with their common goal of reaching the top bringing them quite close together. However, a mistake he made ended his career and despite the effort of the girl to convince him otherwise, he insisted on quitting. In the present, Byeong-goo makes a living by doing odd jobs at a gym run by Mr. Park, by he is also diagnosed with punch-drunk syndrome, which has impaired his mental abilities to a point. However, he still wants to make a comeback to the ring, even if Mr Park finds ways to prevent him from doing so. One day, Min-ji, a young girl who also has some knowledge of playing the janggu, joins the gym, and Byeong-woo finds a champion to his cause. His state and his past however, prove significant obstacles.

Jeong Hyeok-gi directs a very interesting story which revolves around regret, the importance of having people that support you no matter what and the concept of not giving up. As the back-story of Byeong-woo is revealed through flashbacks, the first one is revealed through his past, and how it has come to dictate both his and Mr Park's present, a concept that becomes more intense, even melodramatic as the story progresses, particularly regarding Ji-yeon. The appearance of Min-ji and the trust she shows Byeong-goo, along with the eventual metastrophe of Mr Park are the main sources of the second. Lastly, Byeong-woo insistence, literally against all odds, to fight, is the main source of the third element. 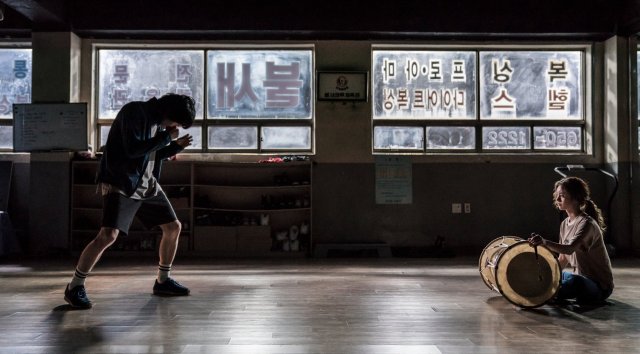 The film has the premises of the drama, but Jeong does not allow it to succumb to such aesthetics, instead keeping it light for the majority of its duration. This, he achieves in three ways. First, through the humor that permeates the narrative and an overall flimsiness that surrounds the actions of the characters, particularly in the present axis. Secondly, through his characters, with Mr Park's tricks, Min-ji's constant smile and supporting attitude, and Byeong-goo's naive but honest demeanour helping the most in that regard. Kim Hee-won, Hyeri, and Um Tae-goo respectively are great in this approach, while the first two also highlight their evident chemistry.

The third is the use of pansori narration and music, which give a rather fast rhythm and pace to the movie, while the former is also the source of comedy, particularly since the lyrics explain what is happening on screen.

These elements allow the narrative to rise above the drama presented in the past axis and the fact that all three of the protagonists are actually marginalized individuals living in the borders of society.

Some issues with the writing do exist, and the film goes a bit too far with the story particularly during the ending, which strays a bit away from the overall realistic premises of the narrative. However, since the goal here seems to be entertainment, this does not pose a significant fault. 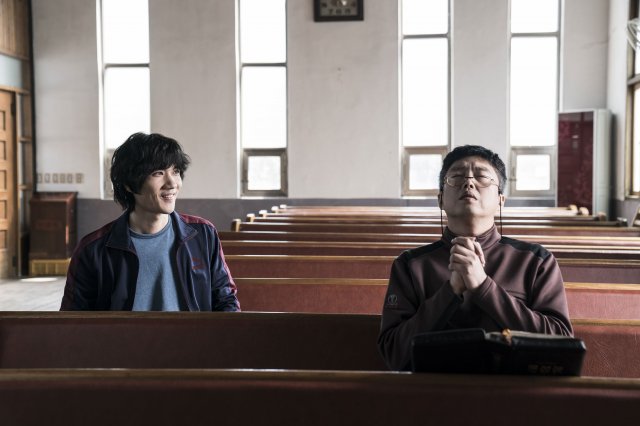 Kang Min-woo-I's cinematography focuses on the realistic presentation of the somewhat decaying space the protagonists inhabit, although he also includes some impressive frames and a number of images of intense beauty. The editing allows the film to unfold in a rhythm dictated through pansori, which helps significantly in the entertainment it offers. On the other hand, the movie would definitely benefit from some additional trimming, while the flashbacks could be a bit better placed.

"My Punch-Drunk Boxer" has its faults, but through the originality of the main concept, the rhythm, and the charisma of the protagonists emerges as a movie worth watching.