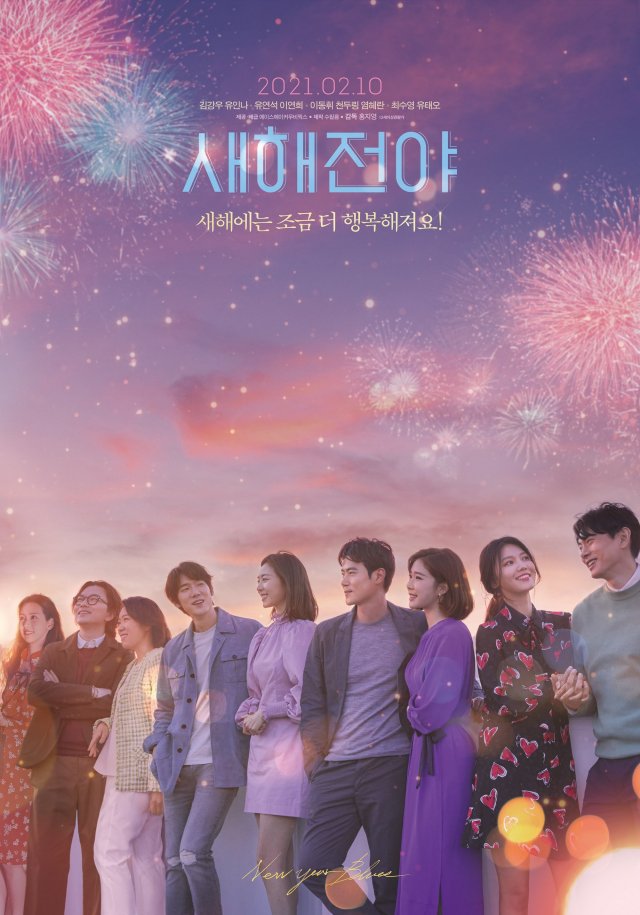 As an interconnected narrative switching between four different couples, "New Year Blues" is counting on you liking at least one of the romantic storylines, even if you don't like the other ones. Well the good news is I liked most of them actually! The main exception being the storyline between paralympic athlete Rae-hwan (played by Teo Yoo) and florist Oh-wol (played by Choi Soo-young). But I didn't hate them I just thought their story was kind of pointless with Ye Soo-jung stealing most of the energy in their scenes as Oh-wol's sweet, caring mother.

The most dynamic story is an international one, featuring Yong-chan (played by Lee Dong-hwi) as a tour guide undergoing mild premarital jitters with his Chinese fiance Yao Lin (played by Chen Duling). In this case, the third party, Yong-chan's older sister Yong-mi (played by Yeom Hye-ran) also takes a lot of momentum out of their scenes. However, this works to actually add to their story overall.

Consider how Yong-mi really just wants her little brother to be happy and works really hard to try and get Yao Lin's approval. Yao Lin isn't actually that picky, which is good. It's nice to see that everyone's putting serious work into the relationship. I especially liked how our perspective is basically the same as Yong-mi's. We don't really know much about Yao Lin. This makes the big plot twist in their relationship come off as a genuine surprise, despite it quickly coming down to a far less melodramatic and down-ti-earth explanation than what was originally implied.

These kinds of managed expectations also do a lot for the story of Jin-ah (played by Lee Yeon-hee), an angry woman who responds to bad news by taking an impulsive trip to Argentina. This goes about as well as expected, with Jin-ah making a lot of stupid tourist mistakes. Buenos Aires is by no means portrayed as a wondrous land of magical gumdrops, which is what makes Jin-ah's location feel so real. She's out of her element, and getting more in touch with herself, for all her foibles. And that's good!

Jae-heon (played by Yoo Yoon-seok) is likewise just a good guy in this context. He's not, like, dropping his whole life just to help Jin-ah out. Jae-heon's got this import-export thing going on, and I liked how grounded their time together was. On the flip side, Ji-ho (played by Kim Kang-woo) is a cop with no social life who's just getting increasingly pathetic. He's no knight in shining armor, despite that being why Hyo-yung (played by Yoo In-na) needs him around.

But then Hyo-yung is no damsel in distress either, which is what makes their back and forth so charming. Hyo-yung basically tells Ji-ho frankly that he needs hobbies, and Ji-ho accepts this advice, becoming happier in the process. In general I'd characterize all of "New Years Blues" like this. It's a movie full of happy little stories where even the big dramatic gestures are small in scale, because real relationships can't compete with the movies. Nor should they.