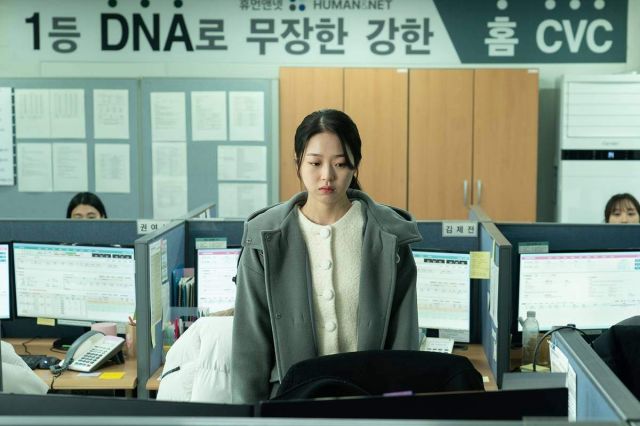 Loosely inspired by the real-life suicide of a girl on a an 'externship' program, July Jung's second feature, after the excellent "A Girl at My Door", "Next Sohee" was selected as the closing film at the 2022 Cannes Film Festival in 'International Critics' Week' section.

"Next Sohee" is screening at Thessaloniki International Film Festival

Just before her high school graduation from a technical school whose sole aim seems to be to get jobs for its students, Sohee is hired as a field trainee at the customer service center of an Internet company. Initially, she is excited, but soon realizes that these externship programs are actually scams, exploiting young people like her. The hours are intense, the bonus never seems to be paid, and the job essentially consists of convincing customers not to terminate their accounts, mostly through stalling in any way possible. If that was not enough, the competition among the different call centers is rather intense, raising the pressure the employees feel even more. Expectedly, dire events start happening, and it falls to detective Yoo-jin, who actually attended Sohee's dancing classroom, to investigate the circumstances at the company. What she discovers though, is even more dramatic.

July Jung directs a film that is essentially an accusation towards a number of institutions, by highlighting the consequences of their policies and actions towards the youth. Split into two parts, one focusing on Sohee and one on Yoo-jin, the presentation of the aforementioned is as pointed as it is realistic. The despicable ways these types of companies function emerges as the main comment here, particularly in the way they exploit and pressure their employees, from the higher ups to the externship ones, taking up the majority of the first part. The way Sohee begins to crumble is one of the most shocking aspects of the movie, and also owes much to the great performance of Kim Si-eun-I in the role. 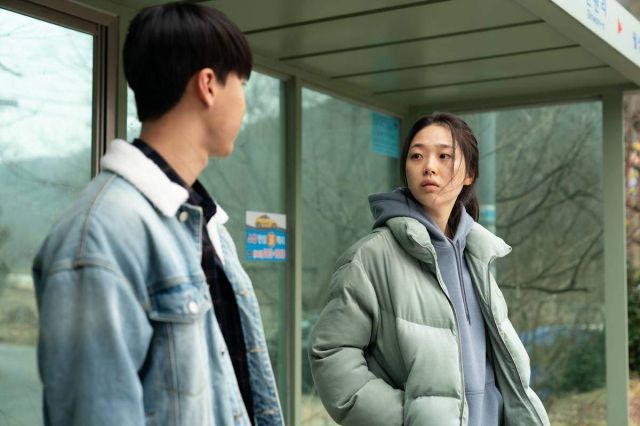 The second part extends this accusation by highlighting a truly crooked system, where the technical school, major companies, and prefectural inspector agencies are all in a game whose only aim seems to be to exploit young employees. At the same time, that the people working there also feel intense pressure, showcases that this is not a problem of individual companies and institutions, but essentially of the system, with the accusation towards the government and the laws becoming palpable after a point. The frustration Yoo-jin feels the more she discovers about how the whole thing works will actually mirror that of any viewer (something that also applies to Sohee's), with Bae Doona's performance helping the most in that regard. 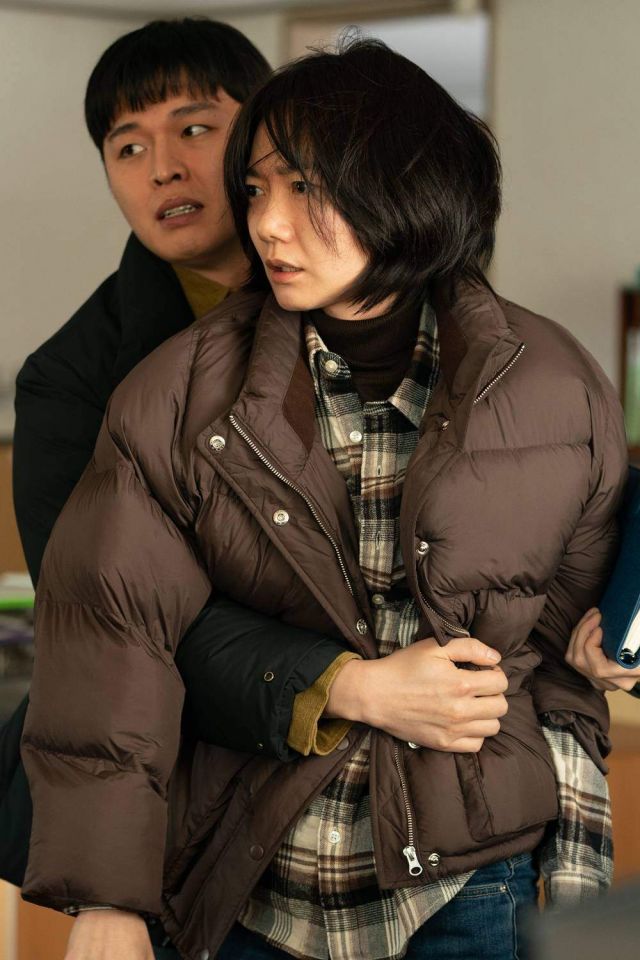 An accusation towards parents, who do not really know their children nowadays, is also subtly presented, although Jung takes care of showing that the financial and time-management issues that generation faces makes things difficult in that regard. Lastly, all the aforementioned together result in a comment about how violence ensues, with Jung presenting it as a reaction towards the offense and pressure people feel, against the "popular" opinion that is just the way problematic individuals react.

Lee Young-lim's and Han Ji-youn's editing results in a slow pace that suits the aesthetics of the movie to perfection, as it becomes apparent that Jung wants her audience to feel the pain of her protagonists, something she succeeds to the fullest. At the same time, at 139 minutes, the movie somewhat overextends its welcome, particularly close to the end, where the "obligatory" melodrama appears. The very finale, though, which closes the circle that opens with the first scene, is truly excellent, concluding the title in the best way. Kim Il-yeon's cinematography captures the bleakness of the lives of the protagonists through mostly saturated colors and mid-shots, and thankfully, without the intense close ups that seem to dominate similar films lately.

"Next Sohee" is an excellent drama that highlights the issues with the Korean system and their consequences in the most pointed but also rewarding way.