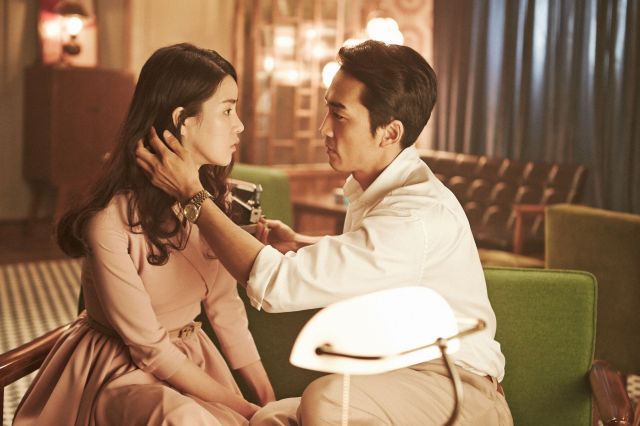 The part about "Obsessed" that most immediately commands attention is the set design. The military families in this film live in a distinctly American styled backdrop. Everything, from their clothing to their houses to the way they spend their free time, appears determined to mimic the lifestyles of Americans living in that same time period. Couple that with the backdrop of the Vietnam War, and the parallel becomes rather unmistakable.

There is one crucial difference, though. American culture has developed its own theories as to why the bourgeois life of those bygone days was so miserable. Mostly it just boils down to hypocrisy and emotional suppression, typically focused on sexual mores. Even though "Obsessed" is at its most basic level a story of an extramarital love affair, the film largely escapes these trappings. We never get the sense that the society these characters live in is wrong, so much as it is soul-crushing for the two specific people who are our main characters.

Jin-pyeong (played by Song Seung-heon) is a man who works to suppress his own emotions, most relevantly ennui. When Ga-heun (played by Lim Ji-yeon) enters his life, there isn't really a crackle of intimacy or attraction that sets them off toward love. It's more that they just share the same regret at having chosen to enter into lives that they really don't enjoy, and for which there's no foreseeable escape.

What makes the narrative thread in "Obsessed" so intriguing is that it's not outside forces who are destroying Jin-pyeong and Ga-heun so much as it is their unwillingness to cause trouble to the other people in their lives- men and women who are, for the most part, friendly and kind. In one memorable scene, a third party detects their affair, and surprisingly, is actually supportive of it. There's never any real serious risk that society will shun these two for breaking morality boundaries.

This lack of outside influence does wonders to enhancing the sex scenes- there's only a few of them, but the passion is palpable. Jin-pyeong and Ga-heun are horribly alone, but even in their weakest moments they aren't selfish. Note the effort they go to in order to insure that their partner enjoys themselves. Note the concessions they make even in their extramarital love affair. They only want to give love and be loved in return. That's what makes these moments of escape so poignant- these two people only care about being good human beings, and director Kim Dae-woo recognizes that.

A word of warning- while "Obsessed" bills itself as being a movie about love and forbidden passion, most of the runtime is spent building up the ennui. It can get quite boring at spots, even if it all ties together well enough. The literal Korean title translates as human addiction, and there's a double meaning there. Jin-pyeong and Ga-heun are less addicted to each other as they are to the human social contract. Perhaps that's why the design is so quintessentially American. Nothing communicates people behaving unnaturally for the sake of social standards as a bunch of Koreans dressed up in American trappings that we ourselves abandoned long ago.