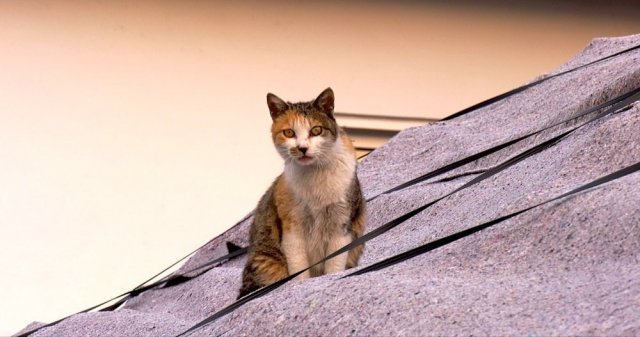 Last year Hyoja Village in Chuncheon made a noteworthy shift. Their area had over time acquired a noticably large population of street cats. Until then, Hyoja Village had been best known for its local murals. So they decided to try and rebrand themselves as a cat village. I thought this real-life local planning decision was very interesting so I was a little disappointed when "Our Cat" moved away from this topic to just become, well, another documentary about cats.

Specifically about the people who take care of cats. That particular nuance is lost in translation. Literally "Our Cat" actually translates to something that can be better approximated in English as Cat Butler, a term for people who go out of their way to take care of cats. This is distinct from Cat Mommy or Cat Daddy, people who think of themselves as family figures. Cat Butlers like their cats, but first and foremost, their interest is to serve the needs of cats, many of whom have had tough lives.

Director Lee Hee-seop delivers ample footage from all over South Korea showing that the primary purpose for a cat in this country or any other isn't to be adorable but rather to survive. In some of the movie's more anthropomorphic moments we see cats depicted as having lovers' spats because one of them has taken too much of a liking to a human who has been feeding them. Incidentally some female cats appear to be misidentified as male cats but who knows. There are Klinefelter calicos after all.

But "Our Cat" isn't really concerned with science, or local planning, or migration trends either. This is a very purely informational documentary about what life is like for people who dedicate themselves to cats without much expectation of getting anything in return. The subject matter is surprisingly mundane, that even odder looking setpieces like a woman preparing a large number of cat box lunches feel strikingly normal.

"Our Cat" is also an excellent demonstration of just how much presence cats have in South Korean culture, in a way that's not all that obvious unless you're just walking around in random neighborhoods. The cats we see run the gamut from frightened and nervous around humans, even humans bearing food, to ones so bold they'll just jump up on a table in the middle of an interview. It's easy to admire the tenaciousness of these animals.

The sheer pretty casualness of "Our Cat" is the documentary's main downfall. Because the movie is so mundane, there's not really any one thing I can point to here that really had to be exposed in a film documentary- as opposed to a TV documentary or even YouTube videos about cats. "Our Cat" has a single focused topic and asks its viewers to maintain a reasonably devoted attention span. Although in a way even that's appropriate. After all, cats themselves aren't well-known for having long attention spans. Yet we can see in their weary eyes how many of them nevertheless must live like that.