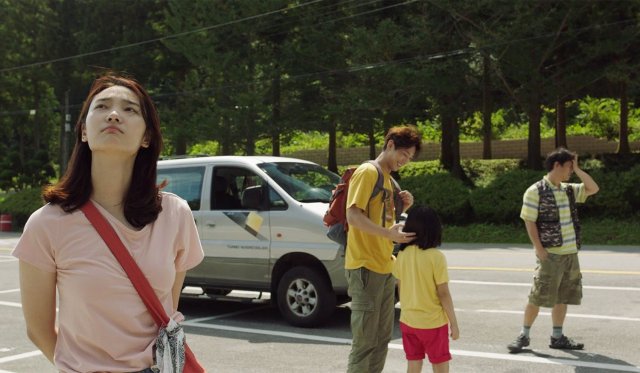 Winner of the Actor of the Year award in Busan, "Our Joyful Summer Days" seems to continue the effort the festival has started the previous years, of promoting independent productions of female filmmakers, which usually move towards paths of realism in context, and art-house in aesthetics.

The story revolves around a young couple, Chan-hee and Se-yeong, who find themselves growing apart as time passes and life becomes more real. Chan-hee had a dream of becoming a photographer, but is now a salesperson in a camera store, and not a very good one for that matter. Se-yeong works in a nail salon, and feels that her life is going nowhere. When a financially secure man starts flirting with her, she feels the appeal of having a secure future. Chan-hee, though, finds out and plans a trip to refresh their relationship, which she reluctantly agrees to, despite the fact that both of them, but particularly him, do not seem to be able to afford it. Also in a whim, Chan-hee decides to take with him a rather expensive camera that he was supposed to deliver to a client. Their trip passes from a number of phases, with the couple fighting, expressing love, opening up more, while a chance encounter with a man and his kid daughter brings them both face-to-face with the reality of how having a family would be.

Lee Yoo-bin directs a film that examines the difficulties of retaining a relationship that is based on love in a word that is becoming growingly pragmatist. In that fashion, it becomes evident that the two of them have feelings for each other, but the realities of their financial situation become a very high obstacle, particularly for Se-yeong, who seems to be the more mature of the two but also has another prospect right in front of her. 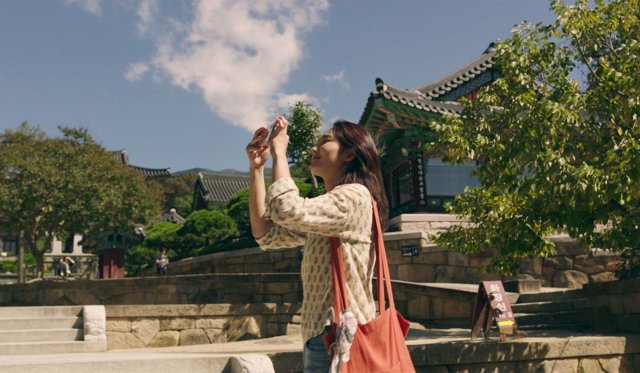 Their trip highlights a number of other issues, most of which revolve around the fact that the lack of true communication has resulted in the two of them not knowing as much for each other as they thought they did. The problems they face as soon as they are left taking care of the little girl makes them realize the fact even more, although once again, their differences in the way of thinking highlight that she is more mature and pragmatic, and him immature and romantic, occasionally acting like a kid. However, these are the traits that make her love him, complicating things even more for both of them.

As time passes, and the two learn more about the actual situation of each other, particularly regarding their families, one can only wonder if the reason they stay together is just the fear of being lonely or just because they have gotten used to each other. The reality of this comment is presented, eventually, in the harshest fashion, in probably the most intense scene in the movie, as their obvious incompatibility hits them head on. A flashback that shows how they met adds to this element, in essence presenting two characters that were obviously quite different from the beginning.

Lee Yoo-bin takes her time to depict all the aforementioned, with her own editing implementing a pace, which, occasionally, becomes somewhat tedious, as the movie stretches for almost two hours. The scene where they supposedly return to Se-yeong's mother is also a bit misplaced, in a style that has very little to do with the overall aesthetics of the movie.

On the other hand, the acting, which follows the utterly realistic paths of the narrative, carries the movie for the majority of its duration, with both Ji Soo as Chan-hee and Lee Yun-seol as Se-yeong giving great performances, additionally highlighting their obvious chemistry. 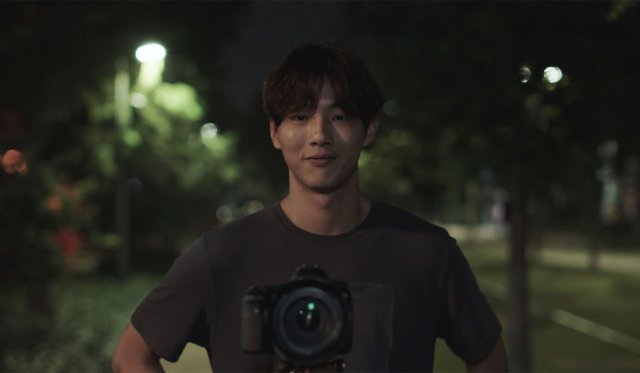 Ji Sang-bin's excellent cinematography may be the main reason the movie stretches for a bit too long but at the same time, is also the reason it is so pleasant to the eye, with him presenting a number of images of extreme beauty, in both the urban and the rural settings. The road-trip aspect benefits the most from this element, with a number of images looking like professional photographs, thus connecting with the narrative.

"Our Joyful Summer Days" is a bit long and occasionally somewhat self-indulgent, but still emerges as a worthy indie effort, that strays positively away from the norms of Korean cinema.