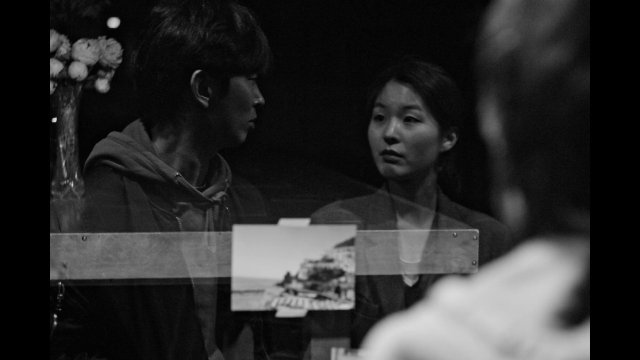 The most immediately distinctive aspect of "Our Midnight" is how the movie is filmed in black and white. There's no obvious reason for this to start out with- save, of course, for the fact that black-and-white filming is cheaper, and "Our Midnight" is an independent film that was made on a budget. But then that's very thematically on-brand, given how the movie revolves around failed actors who become obsessed with suicide, albeit not for the reason you're probably expecting.

A strong sense of loneliness pervades "Our Midnight" despite the movie's deliberate social focus. This is a film that is very open about modern South Korean society as being one that places an emphasis on cutthroat competition while not really wallowing in this aspect. The opening scene centering around on a pay dispute at first seems to just signal the poor economic circumstances of starving actors. On further reflection, though, the scene sets the stage for just how selfish people can be even when it comes to a noble pursuit like suicide prevention.

As presented in "Our Midnight", suicide prevention is a very sad and weird job. Most of the time it feels pointless, then there's moments where a character is face to face with death and all of a sudden, the empathy is overwhelming. A big portion of "Our Midnight" is just this extended not particularly romantic walk to Seoul Cinema, and it's striking how helpful it is to just talk about problems. Even if solutions aren't forthcoming, talking is helpful.

This also allows for an impressive range of performance from the actors. That is, the actors of "Our Midnight" rather than the characters they portray who are also actors. The few audition scenes we get aren't particularly impressive. But there's one fantastically spooky scene where a character tries to role play as a therapeutic exercise. His first attempt is a well-acted failure that totally fails to land with the target, due to his seemingly patriarchal assumptions. But the follow up is brutal in a completely different way, showing surprising range and depth as to the experience of dating violence.

This kind of empathy allows for people to develop themselves as actors, and it also allows for them to develop as decent human beings. Yet it's right at that moment of optimism that this manic desire to help others manifests in the cutthroat world introduced earlier in the movie, and it's hard to avoid becoming melancholic in the face of the fact that reality is brutal. Even if you get a scene or two that makes you feel like you're in a movie, that will pass.

"Our Midnight" fully admits that there are no easy answers, even as the ending showcases a surprising bright spot. The movie is a genuinely impressive piece of cinema that demonstrates a love of the movies and the performances that go into them without getting insipid and fetishizing them. All the world's a stage, and all the men and women merely players. So what kind of player do you want to be?