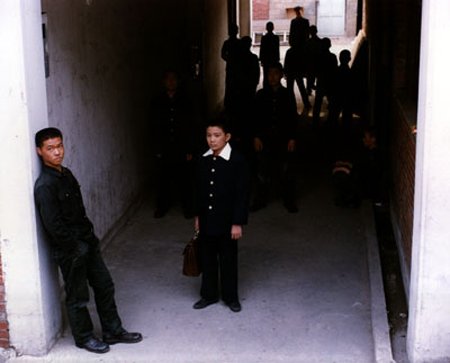 Based on the 1987 book of the same name by Yi Mun-yol, "Our Twisted Hero" proves that using allegory to portray political commentary can result in excellent films, particularly when the metaphor works as well as in the case of Park Jong-won's movie.

The story is told by a man in his 40s, Han Byeong-tae, who is about to attend a class reunion, and begins recalling his memories from when he was attending the 5th and part of the 6th grade during the 50s. As the film begins, Byeong-tae moves with his family from Seoul to a small town, following his father's relegation after an incident that is mentioned just briefly. In there, he attends the local elementary, all-boys school, where he meets the class's monitor, Eom Seokdae, who, under the lazy lenience of the homeroom teacher, has established a system that has essentially deemed him the ultimate leader of the classroom.. Violence seems to be a constant factor in the class, but every student obeys Seok-dae in all aspects, giving him their lunch, pocket money, even bringing him water during the breaks, essentially treating him as some sort of a king.

Byeong-tae, who is immediately nicknamed Flat Top for fostering a different haircut than the shaved heads of the rest of the students, initially has none of it, and all his efforts are focused on fighting the bully. However, Seok-dae is also the strongest student in the class and one of the strongest in the whole school, with his bravery being highlighted through repeated games of "chicken" against other students, in the local train tracks, and also the one with the highest grades. While the newcomer gradually realizes that he is facing an unstoppable force, he finds himself completely isolated, frequently beaten and punished by the teachers, and essentially a pariah whose only companion is the class's fool. Eventually, he is forced to succumb, and the result is equally surprising, as he finds himself receiving special treatment from Seok-dae, and his previous status reinstated to an even higher one. However, when they reach the 6th grade, the appearance of a new homeroom teacher, Mr Kim, changes everything. 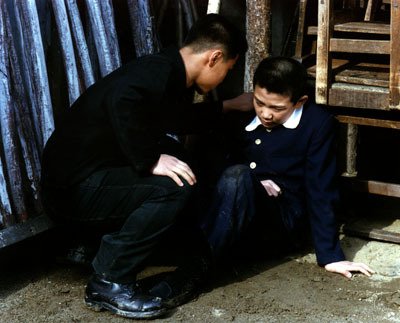 Yi Mun-yol's book was highly political, even through its metaphorical approach, and although Park Jong-won's movie follows the same path, it also includes a number of episodes that seem to aim at entertainment and in general to lighten the narrative, with the concept of the students peaking at the female teacher and the train rails challenge being among the most notable samples.

Nevertheless, the metaphor is still well-presented and quite impactful. Om Sok-dae is the embodiment of the dictatorial regimes of S. Korea, and Byeong-tae the powers of resistance that tried to overthrow them and failed. The former rules with a combination of hard and soft power, which uses the fact that he is the biggest and strongest student in the classroom in order to establish fear on the rest of the students and rule through the potential consequences to any who does not bid his will. The fact that he does not rule through just brute power, which would eventually draw the attention of the teachers on his practices, but through the aforementioned setting of fear and through cunningness in the very few times Byeong-tae manages to somewhat put him on the spotlight with his teacher, is a testament to how dictatorships work. The same applies to Seok-dae's behaviour after Byeong-tae succumbs to him, which is a perfect representation of the carrot and stick tactic.

This aspect benefits the most by the two teenage actors, Hong Kyung-in as Seok-dae and Go Jung-il as Han-Byeong-tae, with both of them highlighting their antitheses in the most convincing fashion, while exhibiting an impressive chemistry, that also showcases Park Jong-won directorial abilities.

The reaction, or more correctly, the lack of it from both the rest of the students and the homeroom teacher mirrors the attitude of the majority during such regimes, where most are either too afraid or too comfortable in their established status to react to what is happening. 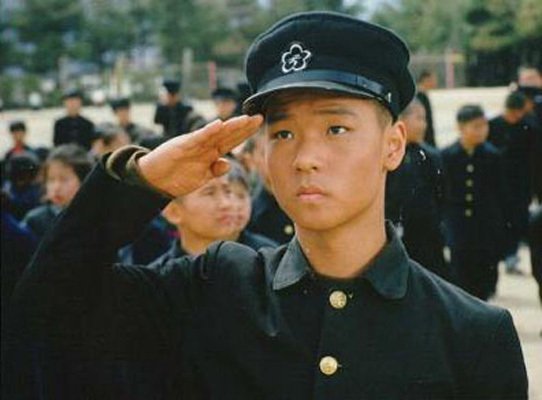 The actions of the new homeroom teacher however, who is a metaphor for the younger generation that came to challenge everything the previous one embellished (and even the difference between the progressive people of Seoul and with the conservatives of the rural areas) make another, rather harsh but also realistic point. That such regimes only fall under intense violence, with the two concepts (the new, young teacher, and the violence) mirroring the student and labor groups, whose April 19 student uprising led to the resignation of President Sungman Rhee.

Choi Min-sik in the role of Mr. Kim gives another great performance, with his metastrophe from a calm but firm teacher to a true punisher being one of the best aspects of the movie, along with the shock that comes with the beating.

Technically, the movie is also on a very high level. Chung Kwang-suk's cinematography captures both the school "politics" and the various episodes that take place outside the classroom with artistry. Ree Kyoung-ja's editing induces the narrative with a very fitting fast pace, while the flashbacks are well placed, even though the present arc is definitely misrepresented.

"Our Twisted Hero" is an excellent adaptation, and an overall quite convincing effort of combining school drama with political allegory.